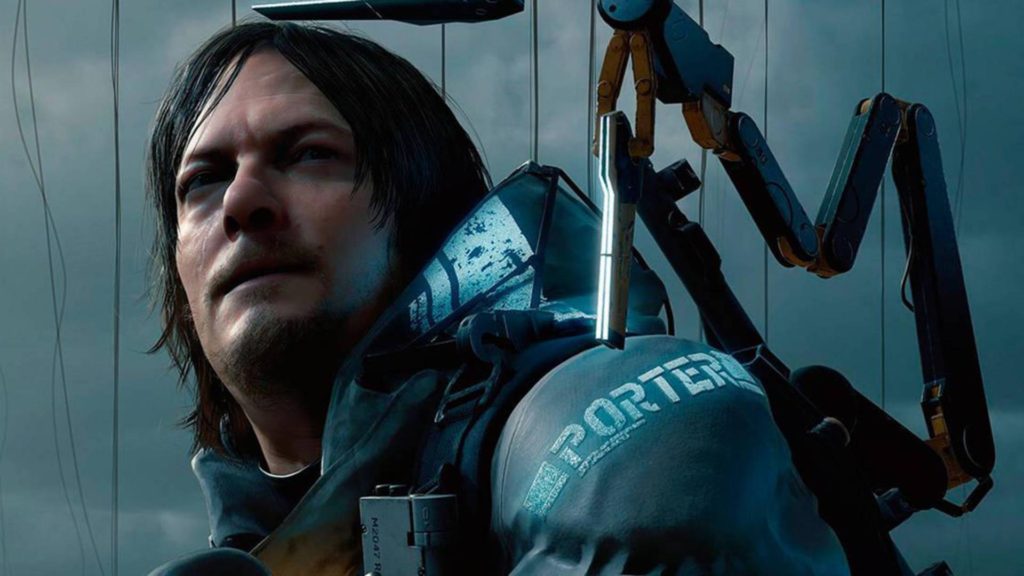 It’s been almost two years since the first reveal trailer for Hideo Kojima’s post-Metal Gear crackpot project Death Stranding, and although there are still thousands upon thousands of unanswered questions surrounding the game, Kojima finally gave us some answers this year with his now-annual appearance at the Sony E3 conference. Check out the trailer below:

Just looking at the description of the video gives an answer to one of the most burning questions – what actually is ‘Death Stranding’? Turns out that, rather predictably, it refers to the event that destroyed the world (the so-called ‘third bang’ in last year’s trailer), and also most likely to the mysterious enemies in the game.

These enemies appeared once more in this year’s trailer, not only attacking Reedus’ character but also being avoided by Reedus in what looks like to be some stealth gameplay. The mysterious contraption on Reedus’ back, which is powered by a baby, also seems to help Reedus see the enemies in the form of black ghosts, but only temporarily. Furthermore, a new female character tells us that these ghosts fast forward time when they touch you, which is then shown when Reedus is noticed by the ghosts and attacked by them. It seems, therefore, that this game will be playing heavily with the concept of time and time travel – hopefully allowing Kojima to present some truly unique gameplay experiences.

We already got a lot of information surrounding Norman Reedus’ character last year, most importantly his name – Sam Porter – so it’s only right that Kojima focuses on another character this time around. Kojima has been hunting for an actress for a female protagonist for a while now, and the rumors seemed to converge on Emma Stone for a while, but this trailer shows that the two Hollywood stars Léa Seydoux and Lindsay Wagner will be joining the cast alongside the already confirmed Norman Reedus and Mads Mikkelsen. Seydoux seems to be playing a character similar to Sam, giving him advice about how to survive in the world; whereas Wagner seems to be playing someone from Sam’s past, as she appears at the end of the trailer with the line ‘You don’t who I am.’

With the cast for his game bolstered, hopefully, this means that Kojima can ramp up development so we can see a demo soon, possibly at next year’s E3, but that didn’t stop some glimpses of what looks to be gameplay appearing in this year’s trailer. The core gameplay seems to revolve around ‘deliveries,’ with Sam stating that ‘I make deliveries… that’s all’ and Seydoux’s character referring to Sam as ‘the man who delivers.’ Various shots of Sam walking through landscapes with different things on his back – even a body bag at one point – also seems to confirm this. We won’t just be walking, however, as we see Sam scaling up a mountain using a rope and then performing self-surgery by pulling off a toenail. This reminds me of Metal Gear Solid 3’s survival system, and this could indicate that Kojima will be incorporating a similar gameplay mechanic this time around. Also returning from Metal Gear Solid V might be an open-world gameplay structure, as evidenced by the open landscapes and the different traversal methods showcased.

We don’t have a release date for Death Stranding just yet, but judging from the glimpses of gameplay footage in the trailer as well as the general concept for the gameplay now being confirmed, I think it’s a safe bet to assume that we’ll see a playable demo at next year’s E3. Of course, before that we have The Game Awards this December, which Kojima debuted a new trailer at last year thanks to his close friendship with Geoff Keighley, so we might not have to wait all that long for more information. That being said, I wouldn’t expect full disclosure just yet – this is a Hideo Kojima game, after all.