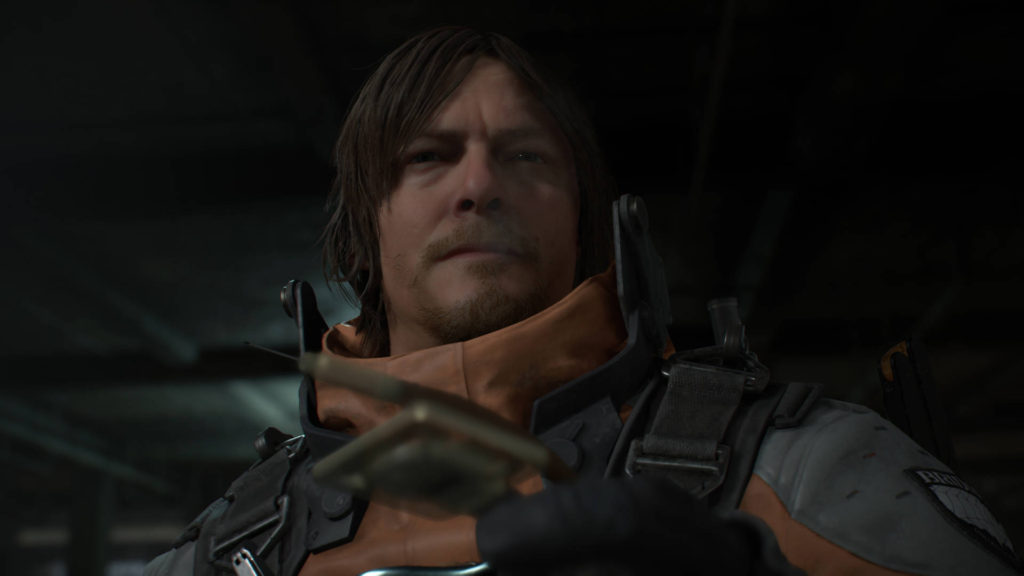 It’s been two years since Hideo Kojima last graced us with his presence at Tokyo Games Show, and although his appearance at this year’s show was prefaced by an announcement that he wouldn’t have anything new to show, that would turn out to be a bit of a falsehood as he revealed a new trailer for his upcoming PlayStation-exclusive Death Stranding, along with the Japanese cast of the game – which includes some names you may very well recognize.

The above trailer is the main talking point of Hideo Kojima’s whole appearance at this year’s Tokyo Game Show, and it’s not hard to see why. From the last trailer at E3 2018, many assumed his elusive upcoming project to be some kind of walking simulator, considering that the trailer mostly featured the protagonist Sam walking around. Yet, this trailer confirms that the game will be much more exciting than that, as a massive beast is unleashed by a new antagonist – which Kojima confirmed after the trailer that you can either “fight” or “run away” from. Interesting stuff.

Who unleashes this massive beast is also drawing a lot of attention. Referred to in the trailer as “The Man in the Golden Mask,” this character will be another antagonist alongside Mads Mikkelsen’s previously revealed character. He is also voiced by none other than Troy Baker in the English dub and Satoshi Mikami in the Japanese dub – both of whom played the role of Revolver Ocelot in the Metal Gear series. And much like their time playing Ocelot, they seem to be having a lot of fun here with Kojima’s dialogue – managing to sound both sinister and cool at the same time.

Attentive fans were also quick to spot the stealth reveal of Stephanie Joosten in the trailer, another Metal Gear alumni, having played Quiet in Metal Gear Solid V: The Phantom Pain. It’s only for a split second, but when Sam (Norman Reedus) turns around to face the masked man, you can briefly see a model based on her likeness in the body bag. Furthermore, a tiny flag of the Netherlands is visible – Joosten’s birthplace. This confirms years of speculation on Joosten’s involvement in the project, even if Kojima himself hasn’t outright confirmed it yet.

Also confirmed was a new character, the ‘boss’ of the organization that Sam works for, who will be voiced by Tommy Earl Jenkins in the English dub, and Akio Ohtsuka will be voicing this character in the Japanese dub. It’s worth noting that Mads Mikkelson’s antagonist character is now the only character without a Japanese voice actor confirmed for the role – which either means the character will be mute or that Kojima simply hasn’t found a suitable voice actor yet.

Many of the Japanese cast is Metal Gear alumni, with Akio Otsuka playing the protagonist Snake throughout the series, and Kikuko Inoue playing The Boss as well as Rosemary. It seems as though Kojima simply can’t separate himself from those excellent at their craft, even if some of their time working together may now be painful to remember. But all I can hope is that these excellent voice actors can help elevate the game to be as amazing as the trailers have convinced me it’s going to be.