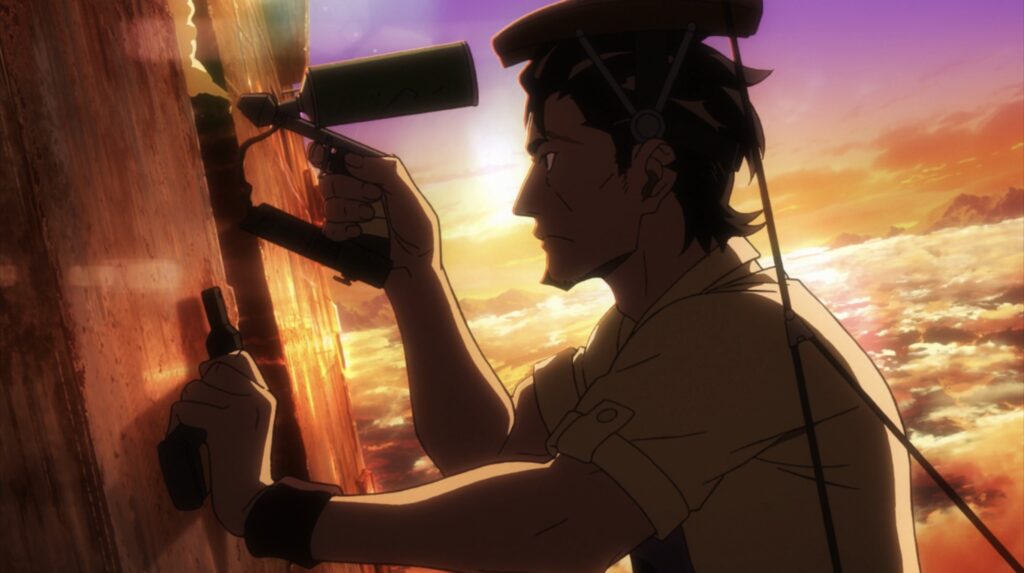 While the concept of a post-apocalyptic world where the people within it find a way to survive in small moving colonies as they fight against creatures known as Gadoll that threaten humanity’s survival is an intriguing one, what made Deca-Dence such a highly-anticipated series in the run-up to its premiere was the staff leading the project. Many of the best people in the industry were converging on this Studio NUT production, including Mob Psycho 100’s Yuzuru Tachikawa and Hiroshi Seko working as director and screenwriter, just as they had on that series. The big question that stood on my mind as I watched Deca-Dence episode 1 was whether a team as talented as this could turn this intriguing concept into an entertaining show.

While I can’t vouch for Deca-Dence’s originality in this opening episode, this was an entertaining, engaging opening to this original anime series with enough moving parts and enough things left up in the air to warrant further exploration. 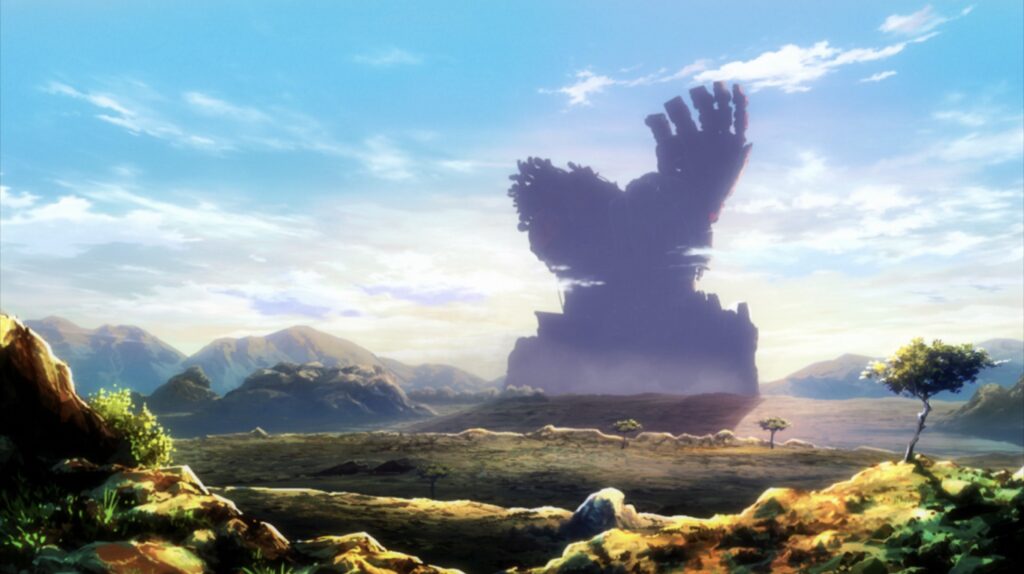 Much of Deca-Dence episode 1 can be picked out from other sources. The premise of humanity living on moving mechanical landmasses is reminiscent of the Mortal Engines books series and failed movie, while the structure of this opening episode can be seen replicated in other sci-fi anime productions countless times before. I’m reminded of Eureka Seven most prominently when you factor in the flashback opening and the focus on exposition, as well as the visual style of the anime. And of course, you can’t ignore the influence of Attack on Titan on the fighting equipment used by the Gears.

Natsume and her apathetic Tanker boss Kaburagi are intriguing characters, but the concept of humanity fighting an invading force for survival in a futuristic world is nothing new. 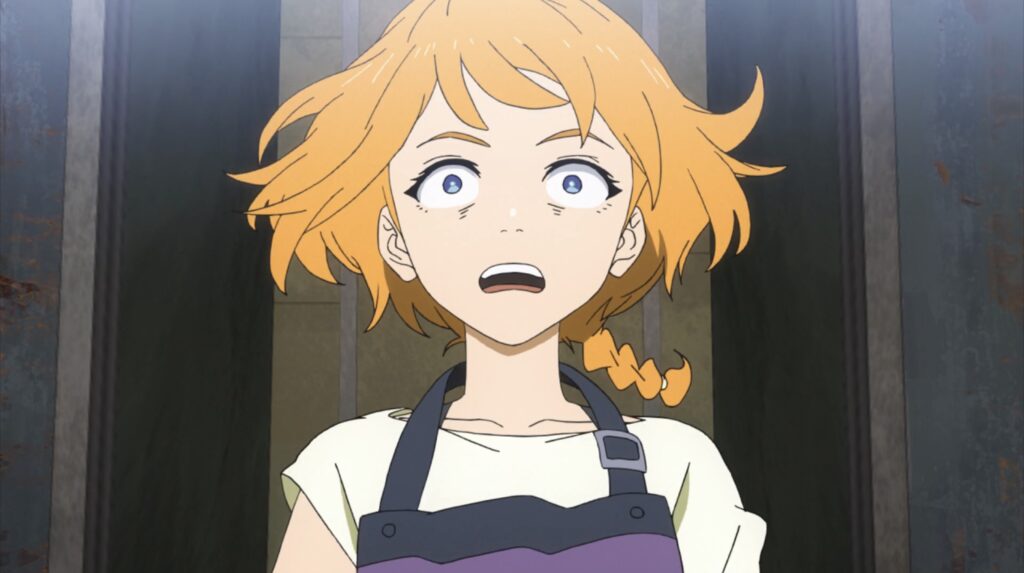 Though I note the anime’s obvious inspirations, a lack of originality isn’t a bad thing. Had it not been grounded in a familiar structure, for example, the overload of exposition this opening episode suffers from may have been too much to handle. Kicking things off with a flashback to Natsume’s youth we witness the death of her father to the Gadoll and the loss of her arm. Soon after we’re thrown into the modern-day to explain the world, meet multiple named characters who seemingly hold importance, all before a large-scale action finale.

It’s a lot to take in all at once, and it doesn’t always succeed. Minor characters in this episode who clearly appear to be characters whose influence will be felt later on are introduced here, but I honestly forgot most of their names by the time the episode was over. There’s simply too many of them. Characters like Kurenai and especially Linmei have great designs and clearly will become more prominent as time goes on, but I couldn’t memorize their names amongst everything else. With several larger terms and concepts being introduced as well, the official website’s glossary has been a salvation for this review. 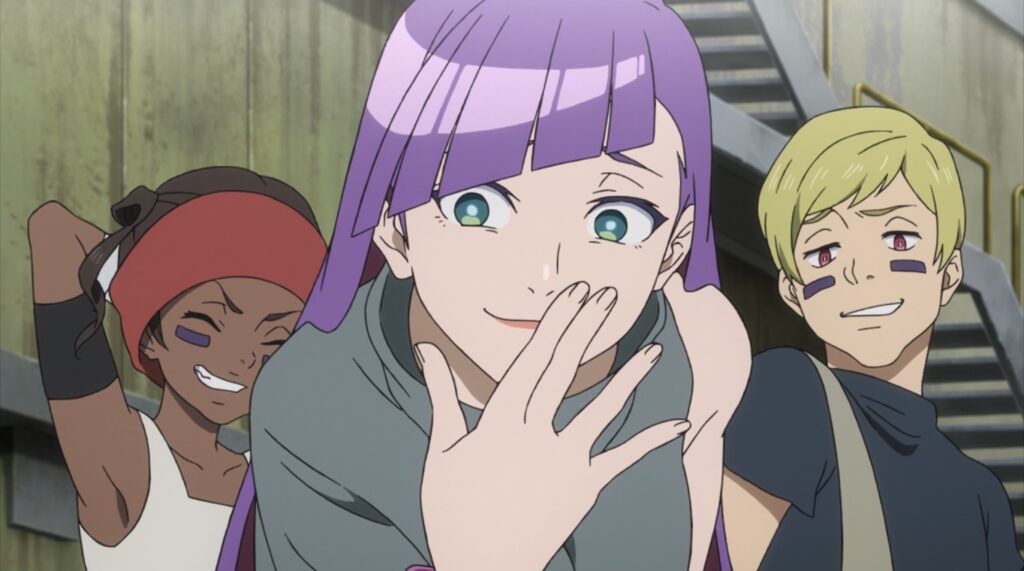 That’s not to suggest it’s bad, by any stretch. Even if it can feel daunting, I was sucked in from moment one thanks to the strong, distinct character designs and animation that results in some stunning individual moments of skill. The talent of the team is being put to good use in the backgrounds in particular, while the soundtrack for the series is fitting and memorable without being overbearing.

The team brought together for this series feel purpose-built for their roles in the production (with 4 years of production, the team has had the time to cultivate the right people), and this brings out the quality and potential of the series far more than other admittedly more original productions. 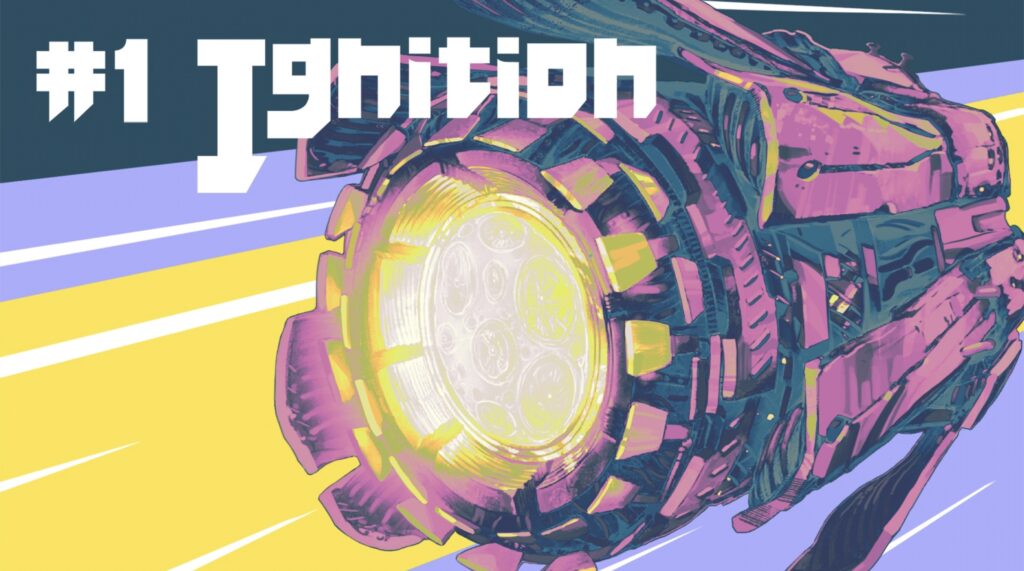