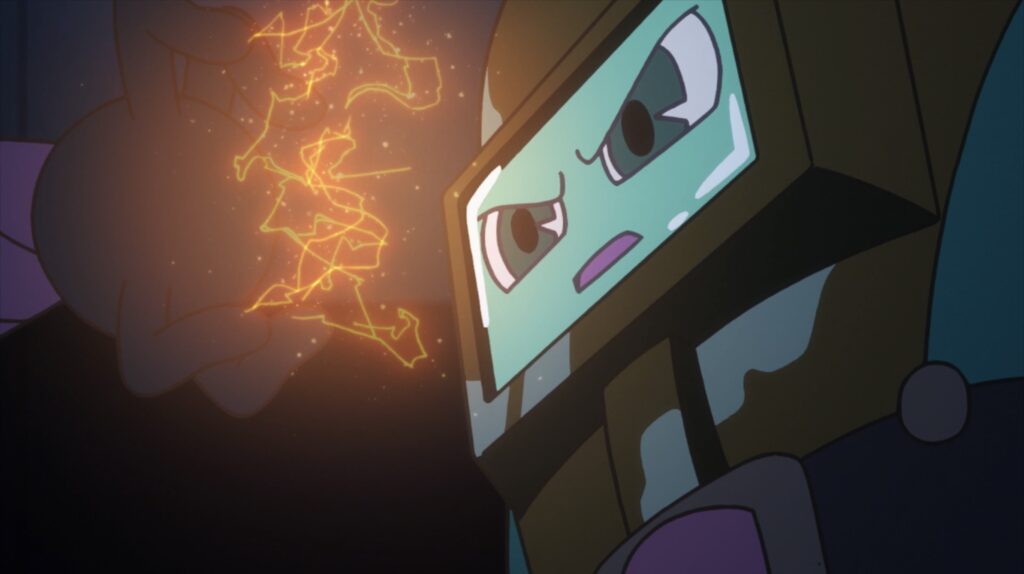 ‘In this world, bugs are necessary’ were the parting words of one Kaburagi last week, said to the face of someone who was sure to kill him for disobeying orders. Even if the social media feeds and episode thumbnails for streaming spoiled the inevitable fact that this was a fake-out, it was a nice resolution to Kaburagi’s growth. I was excited to see the impact of his rebellion on the world of Deca-Dence as we entered episode 6.

The surprising reveal of the virtual world and its influence on the assumed post-apocalyptic world fundamentally altered not just our perceptions of the world’s current predicament but even how events within it should be perceived. With this understanding, we know that humans are simply assets being used to fuel the profits of a company attempting to distract the population from their nefarious dealings. In saying that, for all it added an intriguing commentary to this narrative, the virtual world did feel somewhat under-utilized. 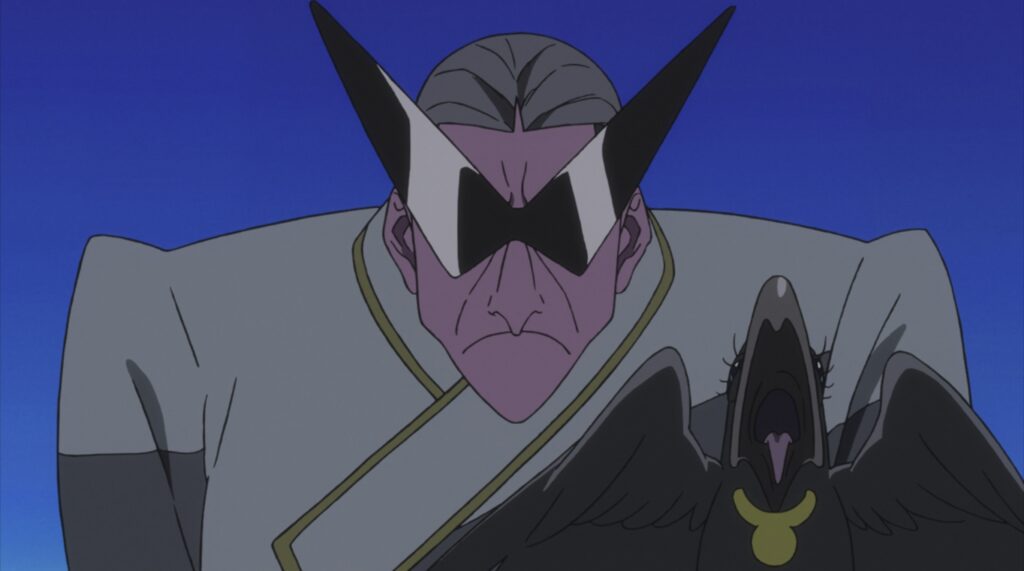 Much of the action has remained firmly rooted in Natsume’s world and not Kaburagi’s. While I’ve always loved how this series has tackled its thematic core until this point, without merging the worlds together more closely it felt like it would be impossible to see them fully embrace the series’ potential.

Deca-Dence episode 6 does this. After first revealing that the assumed deadly shot against Kaburagi was in fact a stun to bring him back to the clutches of the Solid Quake Corporation, he is sent off to a bug correction facility. Disobeying the world plan makes you a bug that must be managed and contained to keep the world in strong working order. It’s necessary to ensure that the plans for the future of Deca-Dence aren’t disrupted any further. 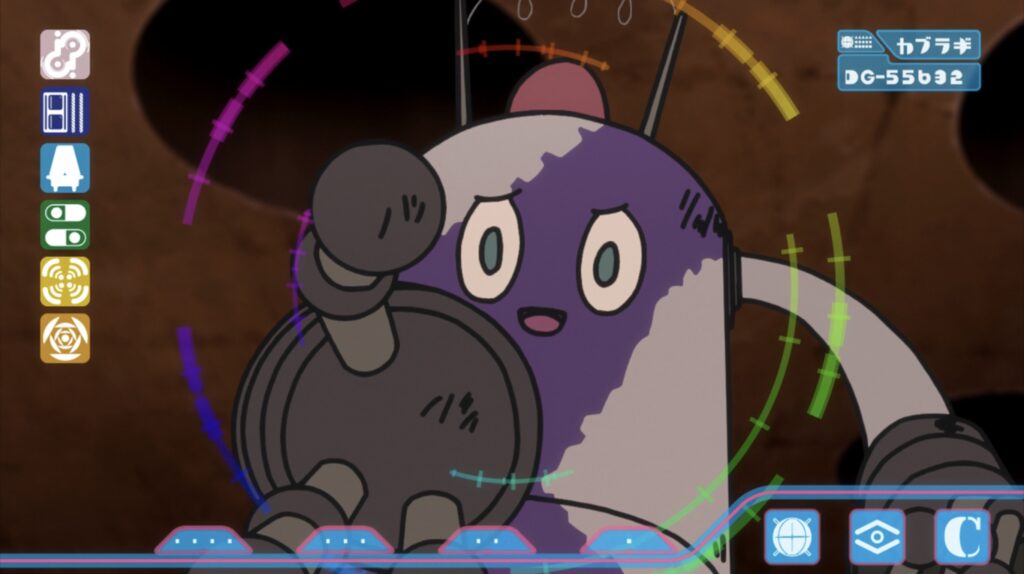 While it can feel a little on the nose in places during this week’s episode, the bug correction facility is a prison, with the ‘bugs’ being assigned prison labor. Japan’s issues within the prison system and with prison labor are in need of reform. A 1995 report from Human Rights Watch noted the 8-hour weekday shifts prisoners undertake doing manual labor or jobs such as packing chopsticks for just 3379yen a month, with pay and conditions improving only marginally in the 25 years since.

Prisoners are manufacturing much of the PPE for Japan in the battle against coronavirus. Most damningly, not only are corporations earning billions of yen a year from prison labor, prisons even have their own in-house brand, CAPIC, which earns the prison money with nothing passed on to laborers themselves. Collaborations with other brands are common too. Who wants a prison-manufactured Kumamon daruma?

The site also proudly boasts about the money that can be saved by using prison labor. 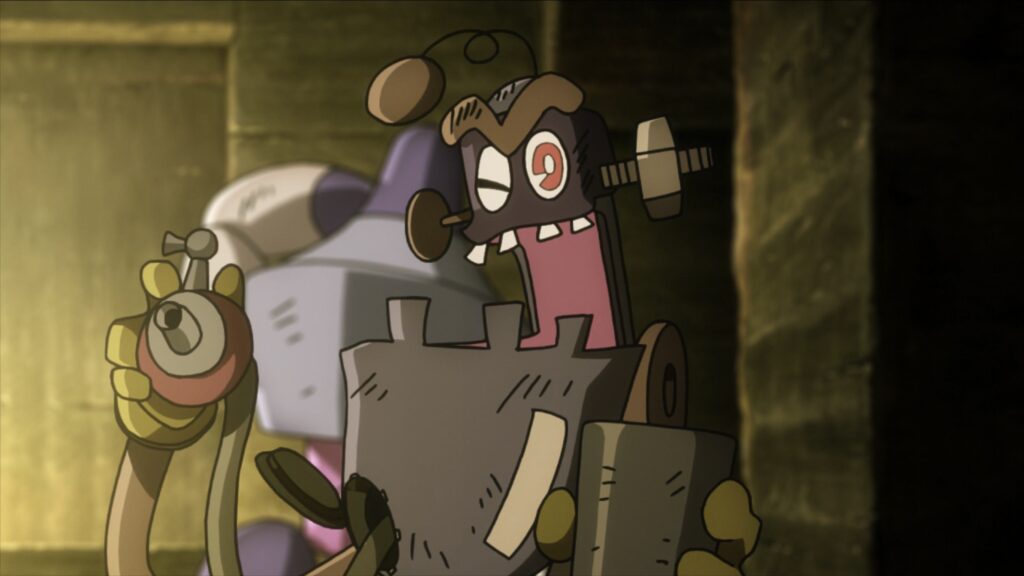 It’s not just labor either. After a certain amount of time outside of society, it becomes more difficult to re-integrate once you’re finally let out. Prisons are justified as correctional facilities that rehabilitate, but few put in the work to actually support prisoners in and out of prison and address the societal issues that perpetuate crime. When so little is done to make you ready for life on the outside, as the episode itself states… prison is home.

Within Deca-Dence episode 6, the discussion of such ideas is handled not as a separate issue but inevitably connected to the anti-corporate ideas the series has discussed until this point. Beyond being a strongly-animated series with compelling characters and some particularly stunning individual moments (such as the action scene near the episode’s climax), it’s the series’ remarkably-incendiary narrative that makes the series so compelling. 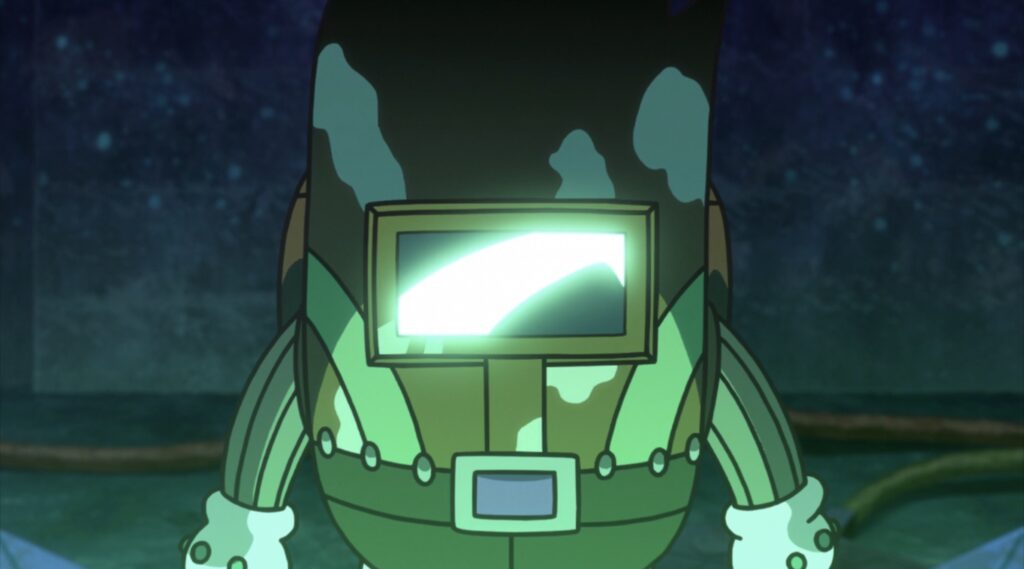 Deca-Dence is a satire of the post-apocalyptic fantasy that often glamorizes the suffering of those forced to live through squalor to survive, turning it into a literal game that interrogates consumerist attitudes and the power imbalances held by those on top to control the lives of the poor on a whim. Just as previous episodes have enhanced the suffering of the humans at the whims of the Solid Corporation, Deca-Dence episode 6 looks at how empire and power are built on the backs of the marginalized. I want to see how far they’re planning to go with this.