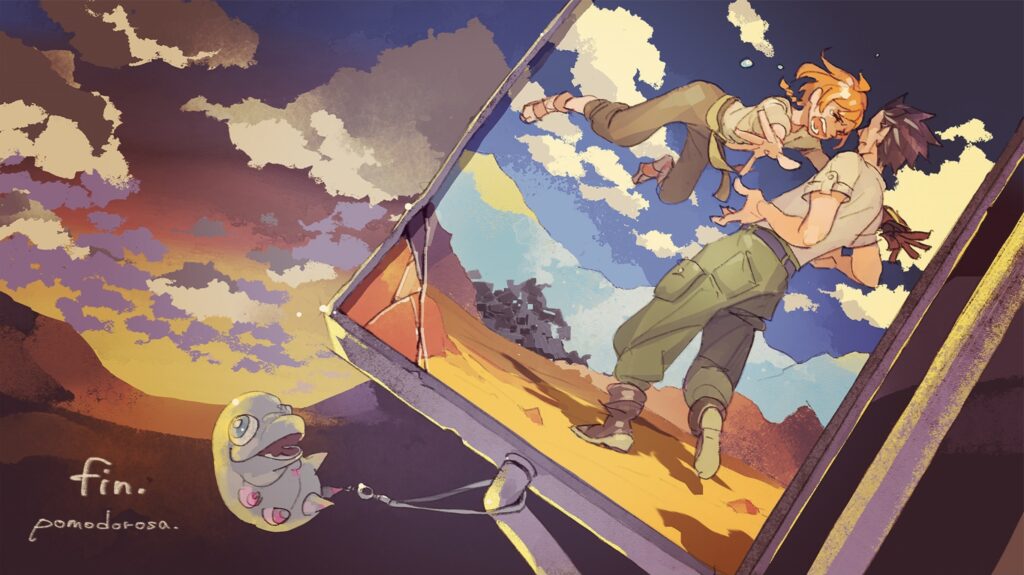 With Deca-Dence episode 12, this original anime series has come to a quite extraordinary end.

I find it rather amusing to revisit the review I wrote for the very first episode of Deca-Dence and compare it to my thoughts on the series now that it’s over. In that episode, its influences and inspirations seemed clear and obvious, and while I thought it was well-executed, I was expecting a well-animated yet ultimately safe post-apocalyptic adventure. One with more than its fair share of homages to series like Attack on Titan, Eureka Seven and the book series Mortal Engines.

While it’s clear the creators took inspiration from these series in world and concept design, as I would hope I have made clear throughout my discussions on this series, this anime goes in a unique direction and is far from derivative. Episode 2 switched up the game by revealing the truth about the cyborg/human relationship dichotomy, and episodes following it has almost attempted to make the audience feel guilt for enjoying the opening episode. After all, in that world, you’re romanticizing the struggle for survival in this setting, and later episodes make it clear this isn’t some natural occupancy but a constructed reality where inequality and suffering are intentional. 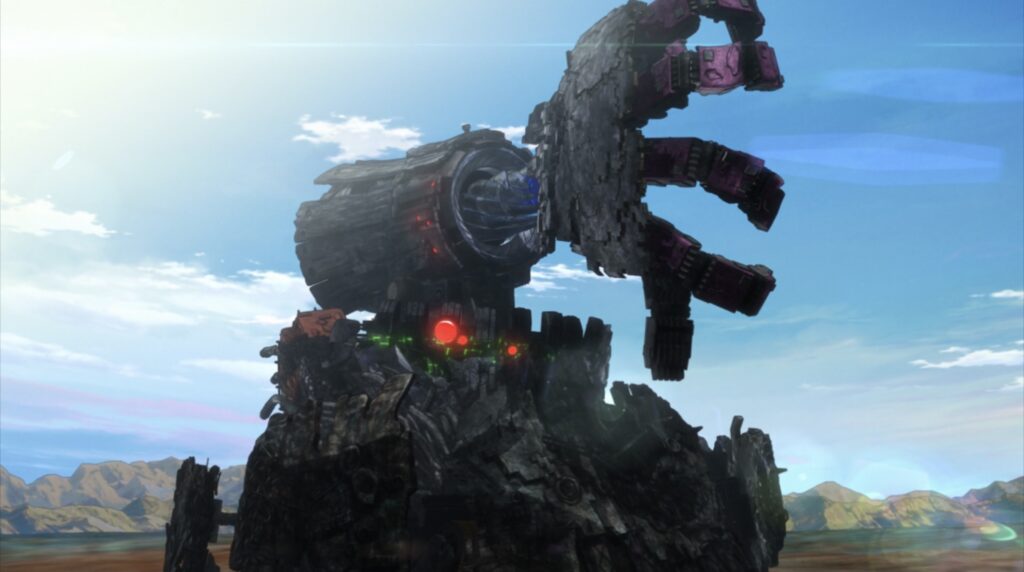 Deca-Dence’s core strengths, as I have made clear in many of my episode reviews, come from how the anime uses the post-apocalyptic fantasy as a method to engage in debates on the morals of our economic system and the ways in which it benefits the few at the expense of the many. It wants to discuss environmental issues and prison labor, and then use it as a catalyst for in-world systemic change that could parallel reality.

Having heavily explored these themes in previous weeks, Deca-Dence episode 12 chooses to focus more on closing up the battle between Kaburagi and Natsume and the new-form Gaddoll than philosophize on these ideas any longer. While there is the risk this could dilute the ideas the series has spent so long developing, by this point, as may be clear from my laborious repetition at the beginning of this review, the anti-corporate themes of this series are so entrenched into how the series has framed the actions of the Solid Quake Corporation that it’s impossible to watch the show without considering the unequal class and racial divides, or the structural inequalities of the society of Tankers and Gears that this series explores. 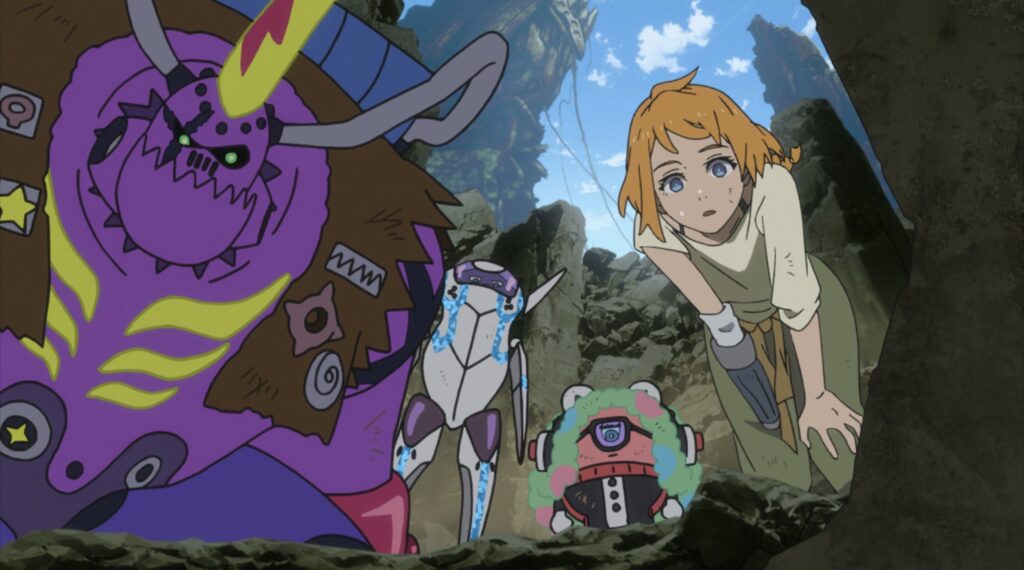 While the show may spend much of its final episode runtime solely focused on defeating the new-form Gaddoll creature, the entire fight is still being viewed through the frame of its defeat acting as a catalyst for revolutionary change. The all-powerful system is supposed to control all but can’t control the Gaddoll or those that fight against it, who can take the opportunity to make a change for the better. This fight can’t be separated from the rebellion Kaburagi has fought for throughout this series that seeks to liberate the world of Deca-Dence.

Had the show not so expertly explored its heavy concepts for the past 11 superbly-paced episodes (seriously, I can’t find a single bad episode), this fight would feel out-of-place against the more thoughtful episodes that preceded it. Instead, Kaburagi is attempting to take control of Deca-Dence to destroy a Gaddoll that has become symbolic of the arrogance, assumed control and failures of Solid Quake, and its destruction leads to victory in their struggle for supremacy against oppression. 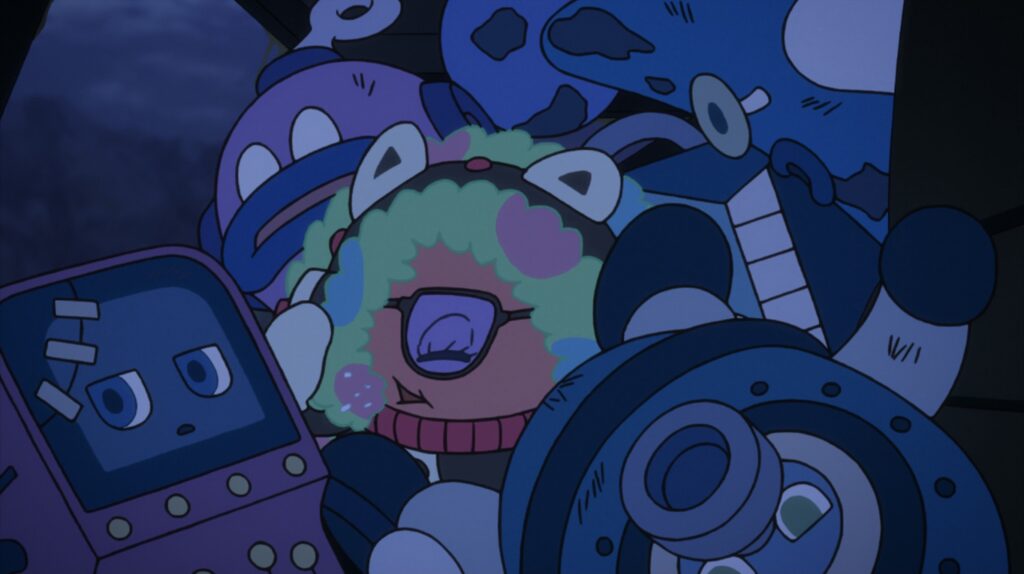 It may be simplistic, it may be predictable, but it’s a natural culmination of everything Deca-Dence has preached and I have re-iterated in my review of the series over the past 3 months, and as a result, it’s oh so satisfying to see the Gaddoll crushed and see a new society built up from the ashes. It helps that this battle is animated with an awe-inspiring sense of scale that makes you relish in the creature’s defeat. Even after several impressive showcases of animation prowess in previous weeks, they definitely left the show’s strongest work until the end.

Is it flawed? Sure! I do somewhat wish the series had taken that one step further and destroyed the system, with humanity and cyborgs creating a new life for themselves free from the legacy of Solid Quake Corporation. While the corporation may have been overthrown and put under new leadership, and while the new form of society feels more communal and fixes much of the inequality the anime rallied against, I do have to wonder why the new society needed to remain linked to the Solid Quake Corporation and not separate from it. 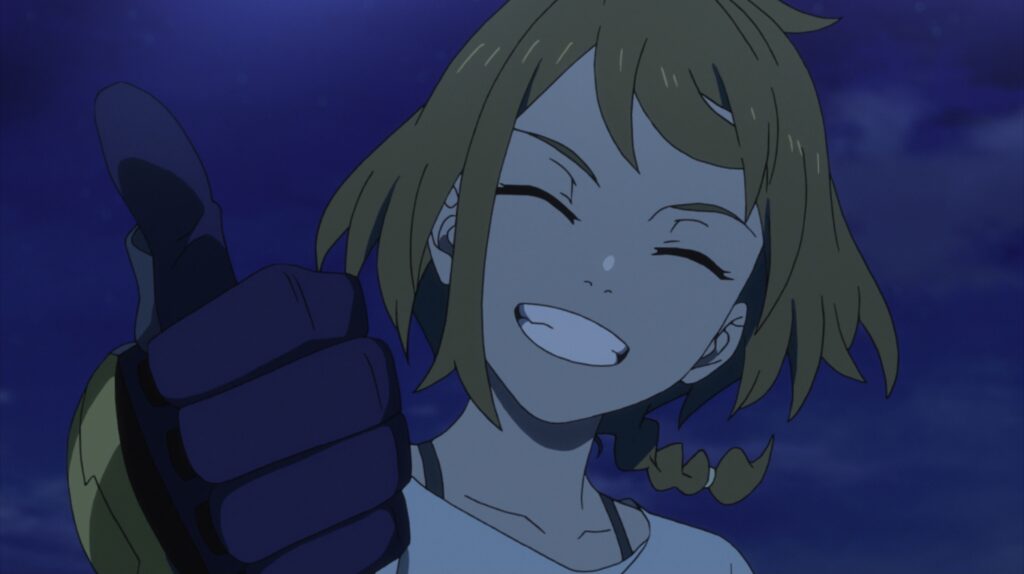 Still, Deca-Dence is a rare breed, and I want to use this review to herald the anime as a triumph of what original anime have the potential to be. This is an original idea with giant monsters and mechs and even larger ambitions in the story it wants to tell, and it succeeds on all fronts with near-perfect execution. The result is a series that feels unique within anime. I can’t think of another series quite like this one, as even if it has a few obvious inspirations, it all comes together to create something wholly unique.