Deca-Dence Episode 2 Review: Throw Away All Your Preconceptions About This Anime 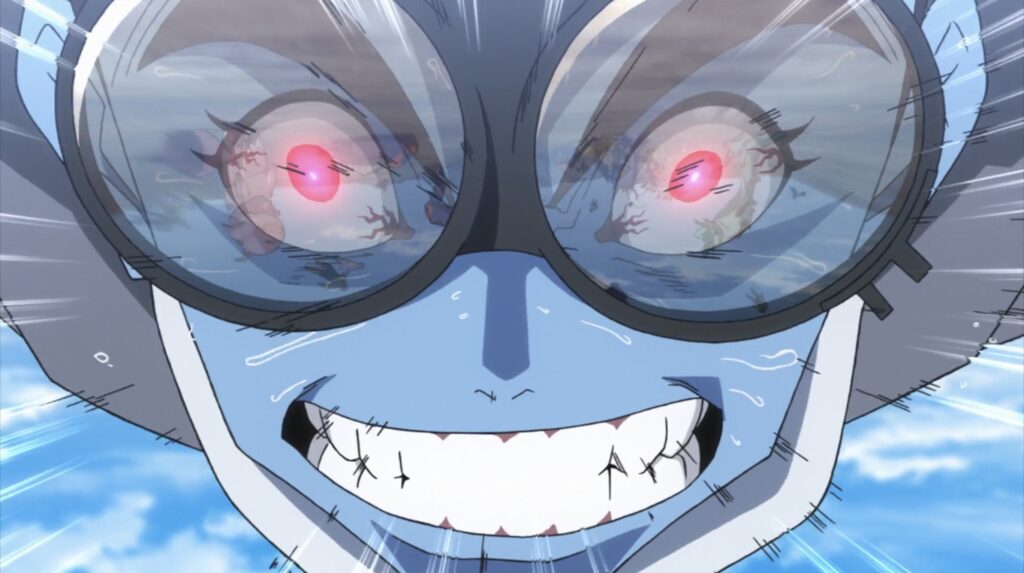 ‘Deca-Dence! Run by the Solid Quake corporation, it is a colossal entertainment facility where one can experience excitement like never before. This is not a virtual world. It takes place on the vast continent of Eurasia. Players can board the Deca-dence and enjoy an entirely real-world adventure.

‘First, become a Gear and customize an available avatar of your liking. Once you’re ready, join up with allies and set out on an adventure to hunt Gadoll!’

Yea, we may need to take a step back here for a second.

Deca-Dence episode 2 is a reboot of audience expectations. While there was some foreshadowing last week that there was more to this series than meets the eye, in particular with the final scene that glimpsed a look at an abundance of pint-sized alien creatures, nothing would explicitly suggest the about-face that the series has now taken.

This re-evaluation goes right to the heart of the anime and answers some burning questions in an unexpected way. It was explained to us last week that people were born as either Gears or Tankers, with little chance of switching. Gears were relegated to a life of servitude for the good of the colony. Tankers, meanwhile, are warriors protecting the colony from the Gadoll that could potentially harm it.

Deca-Dence episode 1 is centered on Natsume and the perspective of the Gears, and this week’s shift within episode 2 to Kaburagi’s perspective lifts the veil as we get a look at the world of the Tankers. 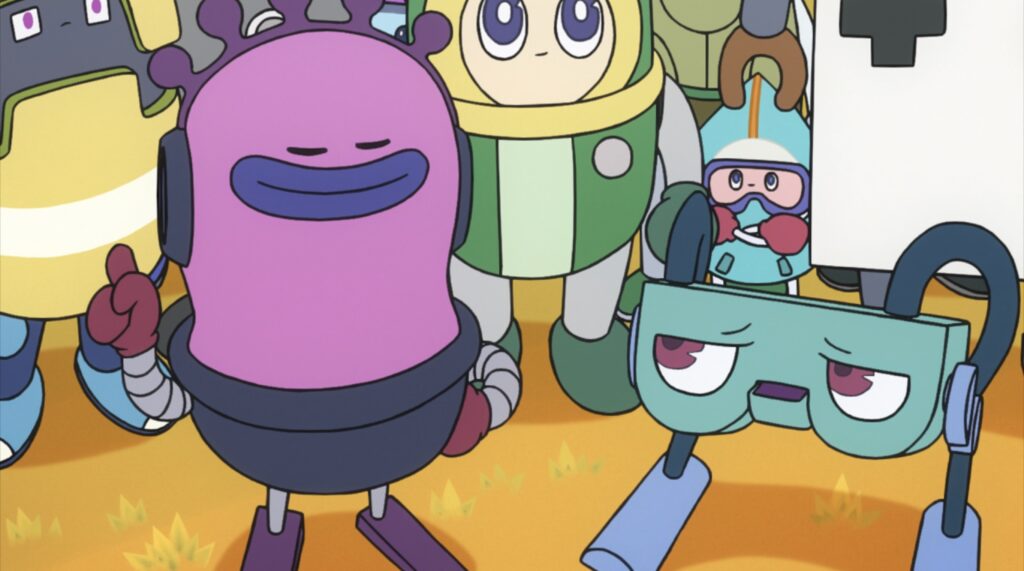 As it turns out, Tankers aren’t even human and simply take the form of humans for their own pleasure, using Eurasia as a playground for their adventures. But things aren’t exactly perfect for them, either. Tankers get their fun from the rush of battle in Deca-dence, but they’re simply slaves to the machine they’re trapped in outside of it, and can only escape the inevitable fate of being scrapped by becoming a ranked fighter that others can look up to.

The reason why Kaburagi is serving as a Gear despite being a Tanker is a result of insubordination. Systems are in place to ensure players don’t feel pain from the attacks of the Gadoll if they make a mistake, and it allows them to create a new avatar if they die. However, this restricts your abilities. It is possible to turn the system off to lift these restrictions, but being caught results in extermination. Kaburagi helps a friend, Mikey, turn off his system to help him improve his rank among the top players, and as punishment is asked to help the higher powers find ‘bugs’ as a Gear on Deca-dence in return for his life. 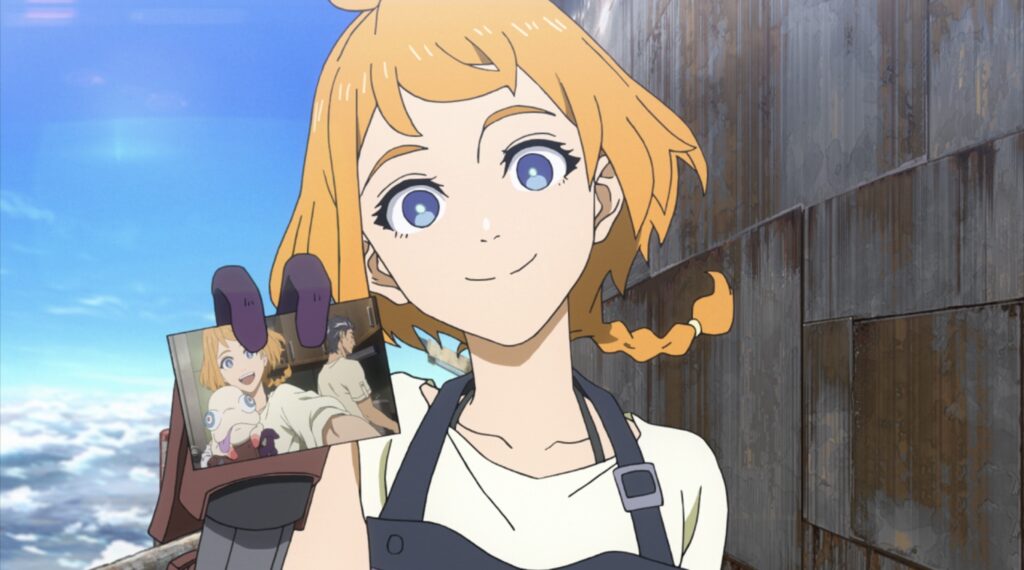 The use of a perspective shift to lift the veil and re-contextualize many of the conversations and ideas established that could be taken at face value in the first episode is very well-handled. This twist in the story is a surprise for the audience without feeling nonsensical and forces viewers to re-evaluate the events of episode 1 to fully realize the impact this information has on their worldview.

In saying that, this episode is far from perfect. While I quite like the different art style used for the out-of-avatar Tankers compared to the normal everyday life within Deca-dence, it can be jarring when the tone of the episode gets more serious. I do wonder whether this is an issue of me needing to get used to these clashing art styles (it’s certainly unique and risky in a way that would see the show ridiculed had it been promoted on these designs), or whether this is a deeper issue that’ll only exacerbate itself as time goes on. We’ll have to wait. 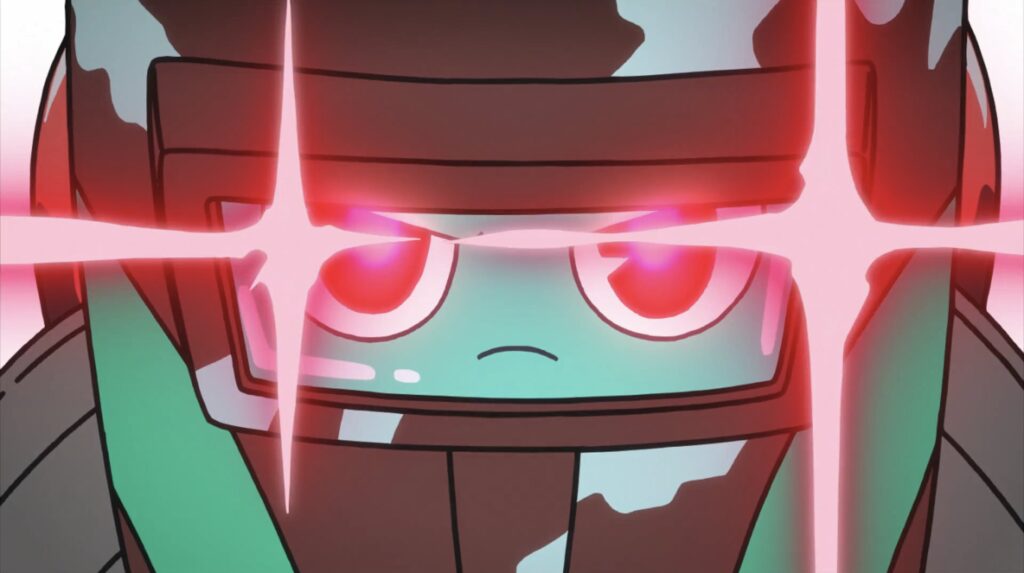 Still, I’m impressed. If Deca-Dence episode 2 was a competently-produced but overly-familiar and safe introduction, this new episode has erased all my pre-conceptions about the show and left me clamoring to know more. Deca-Dence may have just become the most exciting new anime of the season.