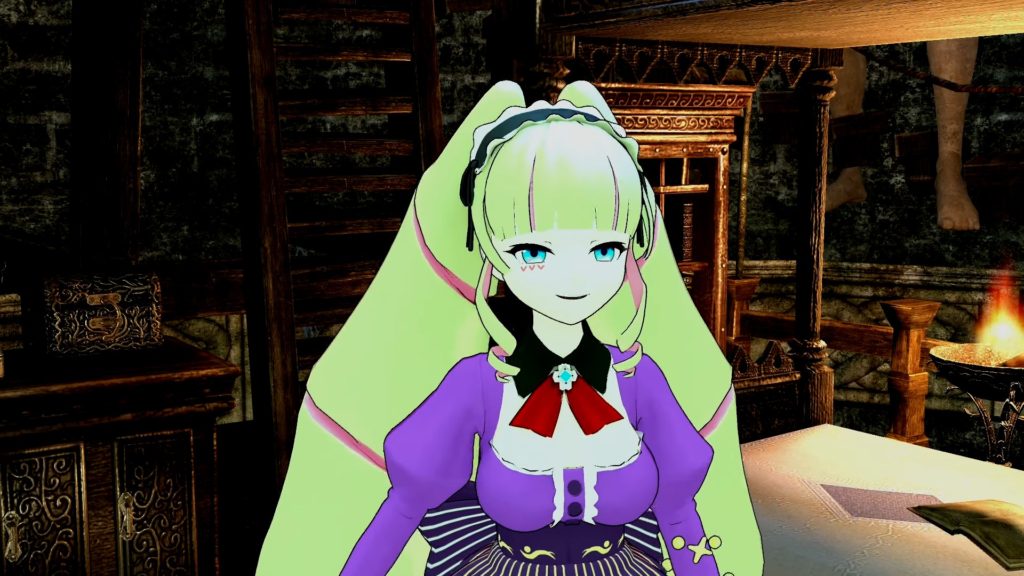 This discussion of DeepWebUnderground (DWU) contains NSFW topics and imagery.

The world of Virtual YouTubers, or VTubers for short, is no longer a niche, isolated subculture. Every day, new faces join the party and countless others leave. VTubers have even made the leap into the mainstream through appearances on talk shows, in concerts, and even their own TV anime.

Meet DeepWebUnderground, or DWU, for short. She’s the self-proclaimed ‘Princess of the Deep Web,’ who made her debut on YouTube almost a year ago. Her design was put together by illustrator Torako, who also designed the Animate logo, and the person behind her remains, as usual, a closely guarded secret. As of the time of writing, she’s amassed about 80,000 subscribers on YouTube and nearly 95,000 followers on Twitter.

DeepWebUnderground first popped up on my radar in November of last year, but I never really paid much attention to her until her latest, outrageous collaboration: her first, official AV (adult video) with actress Nishida Karina. 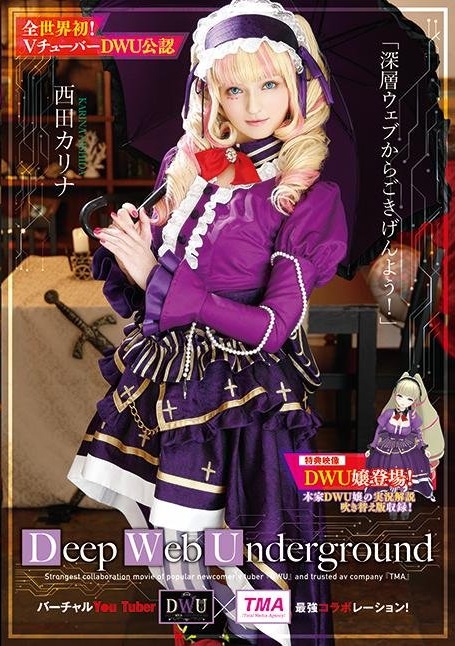 This AV might look like one of your regular cosplay AVs in the first instance, but it stands out from the unofficial cosplay AV crowd by being, well, official. DWU has publicly endorsed the AV and gave the production company permission to use her image, and recording an official ‘dub’ for the video in her own voice, making for a very ‘complete’ experience.

To mark the release of the AV, DWU even ‘sat down’ with her real-life counterpart for a leisurely chat. 12 July will also see DWU and her stand-in Nishida Akira appear ‘side by side’ at one of AV production company Total Media Agency’s regular club nights.

This isn’t the first time that DWU has created some sort of adult product, mind. Just months before, her first official onahole was released, based on her twintail hairstyle and with a box design by the notorious doujinshi artist Fatalpulse. Other than that, she’s also got official lube, fragrance, and dakimakura covers.

DWU’s acceptance and ready collaboration with the more adult elements of otaku culture is a far cry from the squeaky clean image of other, more popular VTubers. And while there are certainly some less popular VTubers who might be open to some suggestive comments and jokes every now and again, none of them have quite embraced the adult quite like DWU. All of this is only possible because, from the very beginning, DWU has never tried to be a ‘normal’ VTuber. She’s always positioned herself outside of the mainstream, outside of the ‘normal’ and in the mysterious dark web.

DWU subverts normality in many ways, but she mostly does this through the topics she chooses to discuss in her videos. Take one of the first videos that DWU ever uploaded to her YouTube channel; this video contains not just self-introductions but also contains her threatening to ‘burn down’ Mangamura, one of Japan’s (now defunct) biggest illegal manga sites. I’ve honestly never seen anyone talk about Mangamura so openly before, let alone the usually more sensible VTubers I consume. But going beyond just talk, DWU also ‘welcomed’ the website’s founder, Hoshino Romi, onto her channel for an interview.

It turns out that this figure wasn’t actually Hoshino Romi (it was just a joke), which might draw a sigh of relief from more mainstream VTubers. But they would certainly go on to gasp at DWU’s re-introduction of the figure in the video as ‘Hosep,’ an emotionless man who journeyed to Syria on a deathwish, only to end up joining ISIS. Mangamura and ISIS are perhaps some of the most taboo topics in Japanese society I can think of, possibly only beaten out by the topic of drugs. Surely, given how draconian Japanese drug policy is, DWU wouldn’t talk about taking drugs. Wouldn’t she?

Above is a nearly 14-minute long video of DWU reading a ‘trip report’ that she ‘found’ somewhere in the deep web. This isn’t just an isolated example of DWU discussing drugs, either. In reality, this was merely the culmination of a series of videos on the topic, seemingly stemming from an interview with author Umineko Zawa, where DWU discussed the topic for the first time.

DeepWebUnderground’s relationship with her fans is, too, far from normal. Unlike other VTubers, DWU has no interest in pandering to her fans for attention or ticket sales. Rather, the type of relationship DWU has cultivated with her fans is decidedly more aggressive and standoffish. This is perhaps best seen in how DWU refers to her audience. As seems to be customary on YouTube as a platform in general, DWU has a special name for her fans – but instead of something nice, she instead refers to them as ‘Otaku-kun’ or, perhaps more controversially, ‘Japposu’ – a derogatory word used by young women to disparage seemingly weak-willed or shy men.

She might also be quite happy to receive fanart via Twitter, but she certainly wasn’t happy about a fan sending her a Nintendo Switch – which she promptly sold to Animate for a hefty sum.

Her fans seem to love this type of tough love, however. DWU might not have the biggest audience in the VTuber world, but her subscriber engagement is excellent, with view counts on her videos that regularly match or even exceed her subscriber count. The sales of her AV perhaps give us a more concrete example of this, as it sold out very quickly online and still remains out of stock (NSFW link) as of the time of writing. No doubt many other VTubers are looking at the success of DeepWebUnderground and scratching their heads. She’s somehow managed to build a thriving, loyal fanbase and found tangible success despite circumventing all of the perceived ‘normalities’ of being a Virtual YouTuber.

Not that DWU would have much sympathy for these more ‘normal’ VTubers, anyway. She’s done a couple of collaborations with other, similar sized VTubers such as Tsukino Mito (star of Virtual-san) but likes to ‘punch up’ to other, bigger VTubers by disparaging them and their videos, and referencing their unofficial, unsavory doujins.

DWU’s success, however unorthodox, can teach us several things. First, engaging with the more adult aspect of Japanese pop culture can be lucrative, if not just in terms of sales, but also in terms of exposure. You just have to be okay with engaging with that sort of thing, I guess, The actress ‘behind’ DWU’s former career as an eroge seiyuu no doubt gives her a certain tolerance for such content. But, more importantly, the success of DWU as an anti-mainstream Virtual YouTuber shows us that we’re not in Kansas anymore.

I’ve been following the development of virtual YouTubers ever since Kizuna Ai got big, and have seen the industry grow exponentially ever since then; to the point where, now, VTubers are filling entire stadiums with tens of thousands of fans for special concerts. The fact there even is a ‘mainstream’ for such VTubers as DeepWebUnderground to rebel against is proof enough of how big the industry has become. The rapid growth of the industry has also lead many, including myself, to despair that the industry might have become stagnant and uninteresting in an attempt to appeal to the mainstream. But, if DeepWebUnderground can teach us anything, is that there’ll always be weirdos on the internet who don’t care about all of that, and end up being quite entertaining, in many ways, because of that.