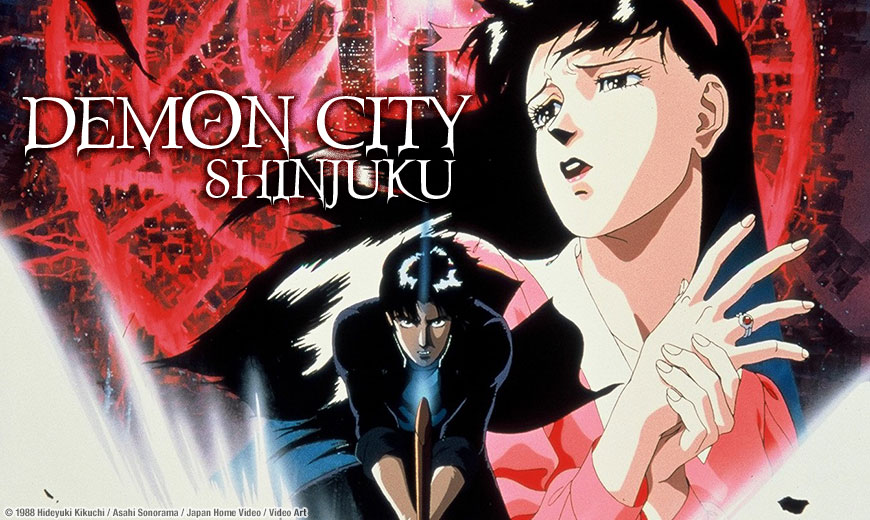 There are a few things in this world that are a guarantee. The sun will rise, and later it will set. Days will have either rain or shine or maybe even snow. Things will get hard, and things will get easy. And if there is an anime with demons in it, guarantee I will watch it.

And I hold true to that statement, having recently watched Demon City Shinjuku, a wild ride of a movie based on a novel of the same title. The film is rather short, clocking in at just around 80 minutes. Demon City Shinjuku came out in 1988 and you can truly feel the 80s when you watch it.

Demon City Shinjuku tells the story of a powerful warrior and all-around good guy Genichirou as he battles the diabolical psychic Rebi Ra. Unfortunately for Genichirou, Rebi Ra manages to harness the darkest powers around and becomes possessed by demons in order to win.

His plans of taking over the world are immense but we only see the destruction he manages to enact on the Tokyo ward of Shinjuku. The area becomes a vast wilderness occupied by demons and Genichirou dies during the battle.

Fortunately for him, he has a son, Kyoya Izayoi that Rebi Ra was unaware of. Ten years later Rebi attacks the World President in an attempt to once more take over the earth. He strives to open a portal to hell. Kyoya and the president’s daughter Sayaka Rama must fight their way through dangerous terrain and the seedy underbelly of Tokyo.

Shinjuku is ripe with demons, each more powerful than the last. Kyoya’s reluctance to fight emerges with each battle; this isn’t something he signed up for. But with cries for help from Sayaka, he pushes through and eventually vanquishes the evil that lurks around every corner.

Demon City Shinjuku promises a rock ‘n’ roll journey; demons, sex appeal, and the neon lights of a massive metropolis. Combined with a sulky and mysterious protagonist, the movie should have been a sure-fire classic.

It boasts having it all, from a classic hero type to saving a damsel in distress. 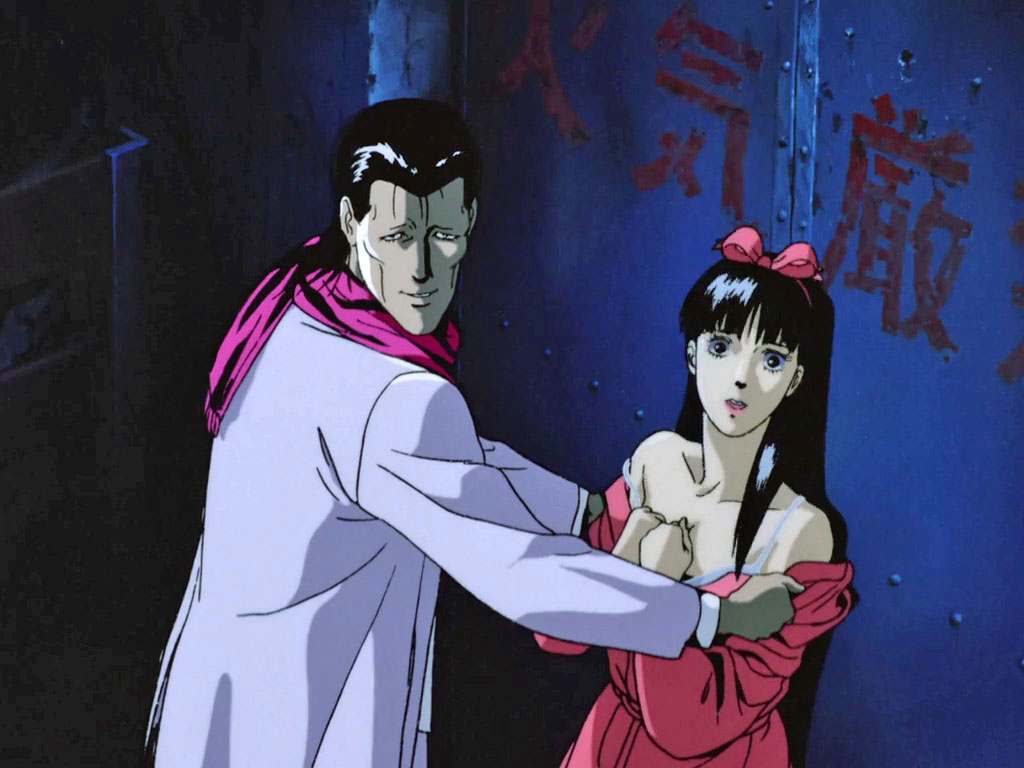 The Potential of an Anime Classic

Unfortunately, it’s not necessarily the case with Shinjuku.

Shinjuku does a lot of things right. From the very start, the animation is crisp and clear. Gorgeous visuals to counteract the incredible violence that takes place consistently throughout the series.

The idea behind the story is solid enough. The novel is based off written by Hideyuki Kikuchi, who you might know from his other big hit Vampire Hunter D. The story between both novel and movie are relatively similar, with a few differences.

While these differences might not seem massive, it is evident in the impact that they have on the movie itself. But the biggest issues seem to be the film’s confusion as to what it actually is.

Movies don’t necessarily have to adhere to one genre or another. Done right, they can be a multitude, from horror romance to modern fantasy.

But Shinjuku seems determined to sit comfortably in one genre at a time, clumsily going back and forth from horror to drama and even science fiction. The moments of horror are where the film shines its brightest, with genuinely creepy demons and settings.

The story isn’t nearly as fluid as the animation is, leaving the viewer feeling disjointed and almost disappointed. After all, with such incredible visuals shouldn’t the story stack up as well? The plot falls fast pretty quickly and never seems to recover.

Fortunately, a few things keep Demon City Shinjuku from mediocrity. While the visuals alone aren’t enough to save the film, the characters are wonderfully adept at the world they reside in. Our main cast all fall into pretty obvious tropes, with Kyoya being our reluctant hero and Sayaka falling dangerously close to a damsel in distress.

However, the dreamboat Mephisto appears to save the film with just a few side-eyes and flicks of his hair.

The combination of the characters builds enough interest to keep the film going, but can only take it so far.

But for those wishing for a bit of nostalgia, this might scratch that itch. The film feels so very 80’s, from the styling of the characters to the environment itself. And the fashion.

The fashion alone is enough to be a callback to everything retro ’80s. When our man Mephisto appears and gives the audience his first couple flicks of hair, it becomes very obvious the man is wearing shoulder pads.

But that all works. If you watch for aesthetics and a bloody good time, you’re sure to find it here. However, don’t be expecting hard-hitting drama or powerful moments. The most you get will probably be Mephisto. 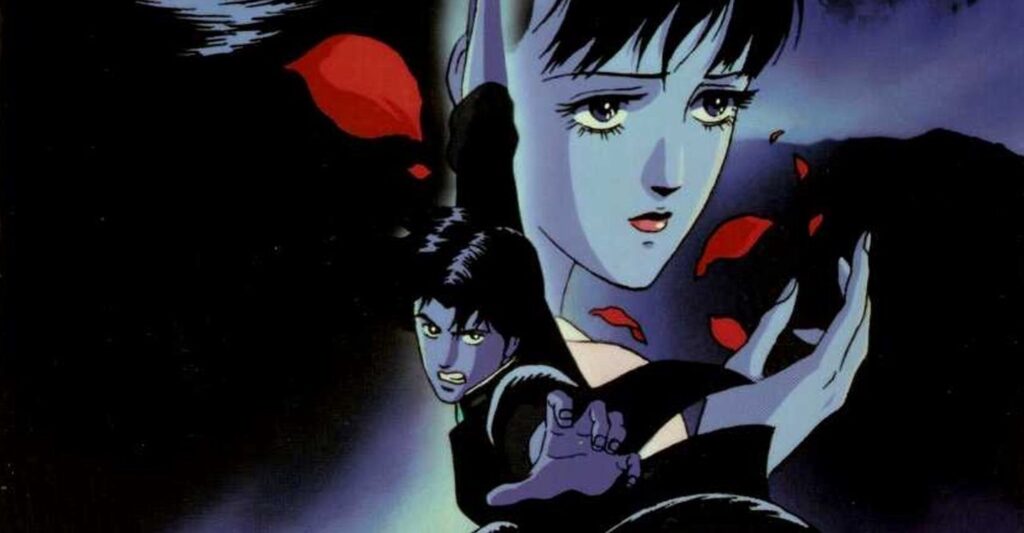