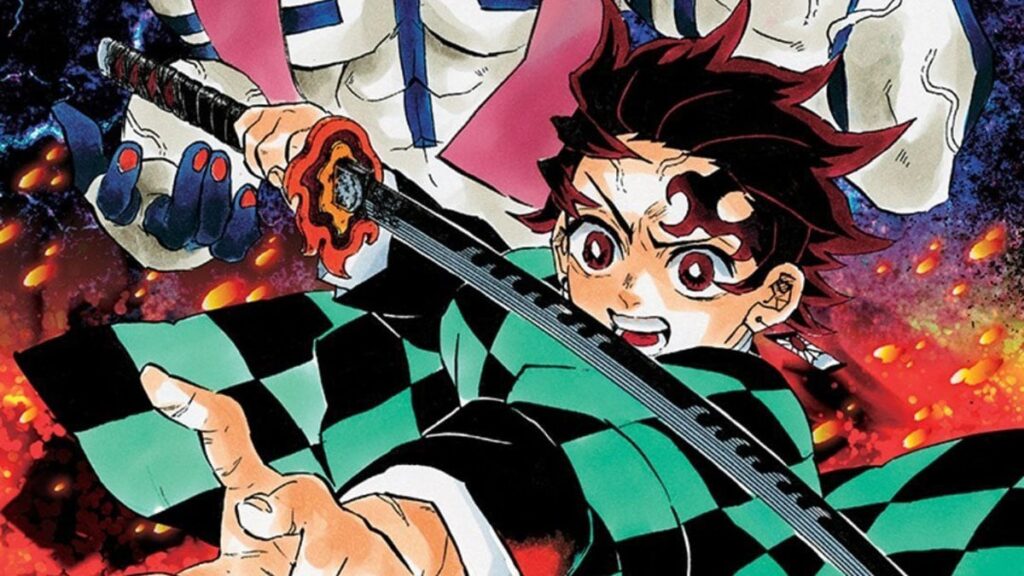 If you’ve been paying attention to the world of Japanese pop culture for the past year, then it should come as no surprise that Demon Slayer: Kimetsu no Yaiba and Jujutsu Kaisen absolutely dominate Oricon’s sales rankings for the first half of 2021. Even so, the scale of said domination is still surprising.

First of all, let’s look at Oricon’s manga sales rankings for the first half of 2021 when broken down by series. Both Demon Slayer and Jujutsu Kaisen are head and shoulders above the rest: the former managed to sell 26 million copies, while the latter shifted 23 million. Their closest competitor, Tokyo Revengers, languishes far below at five million.

Rather impressively, Chainsaw Man managed to grab fifth place with four million; quite an achievement, considering that it does not yet have an anime adaptation. 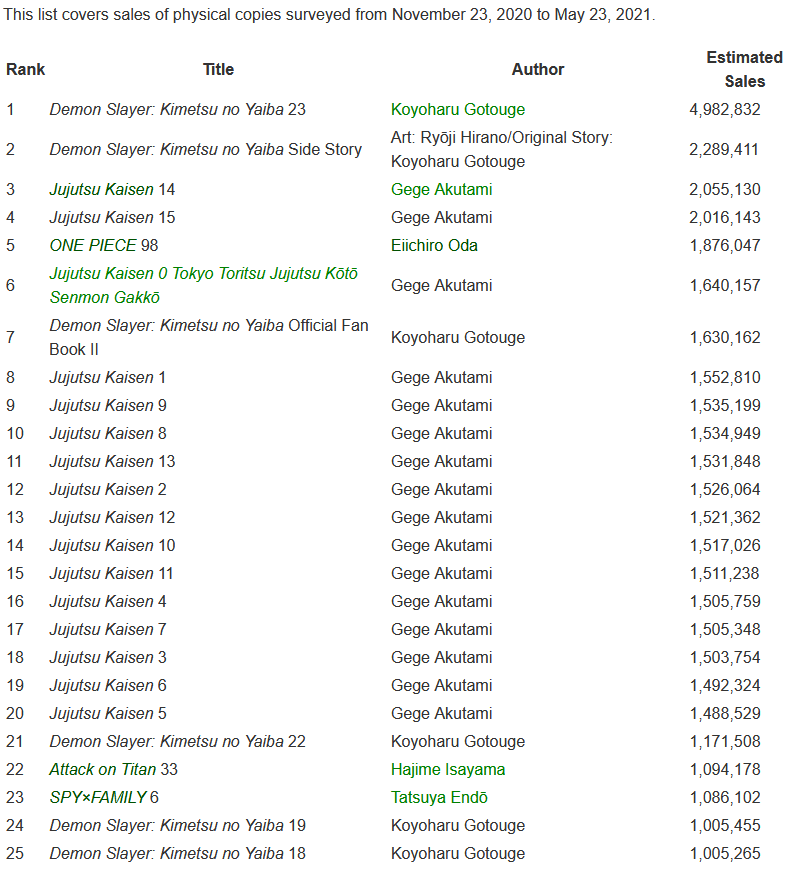 A similar story plays out when breaking down the manga list by individual volume. The final volume of Demon Slayer sits pretty at the top with close to five million copies sold, while the Rengoku and Giyuu-centered spinoff ended up in second with 2.2 million. A clean sweep of Jujutsu Kaisen volumes from number three all the way down to number twenty was then only broken by One Piece volume 98 and the second Demon Slayer fanbook in fifth and seventh place, respectively.

It even managed to outsell Attack on Titan! 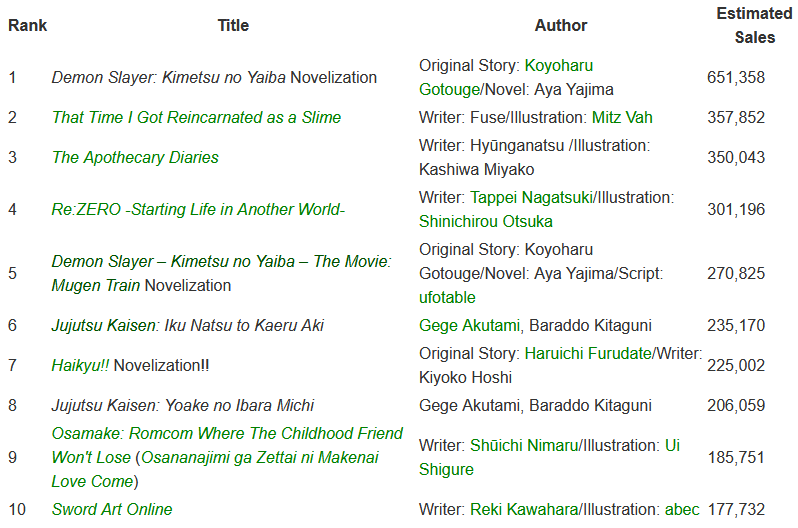 Finally, let’s look at Oricon’s light novel sales rankings for the first half of 2021. You would expect a series that started as a manga to do well in that sector, but Demon Slayer also crushed it in the literary department: it came out on top when broken down by series, even outselling That Time I Got Reincarnated into a Slime.

Curiously, Jujutsu Kaisen managed to sell more copies of its two light novels when broken down by individual volume, but the sheer number of Demon Slayer books meant that it took the crown overall. 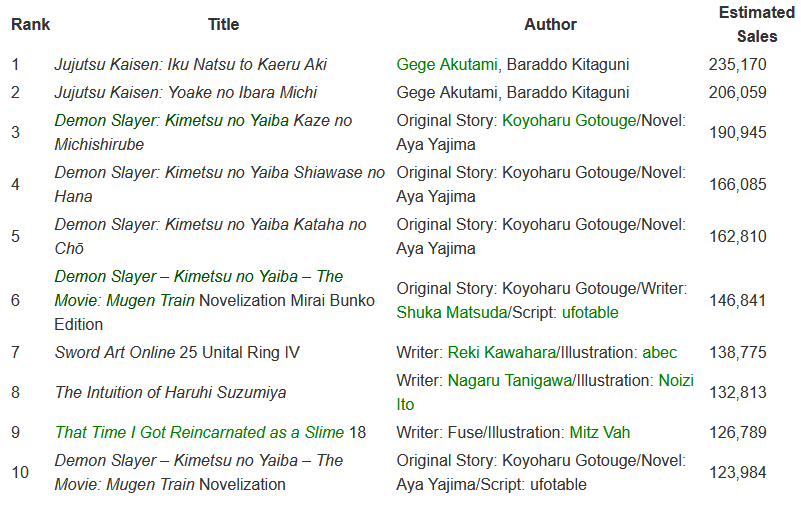 To say that Demon Slayer and Jujutsu Kaisen have been successful seems obvious enough when you consider just how popular they are, but Oricon’s sales rankings for the first half of 2021 make it clear in terms of raw numbers.

Moreover, Jujutsu Kaisen’s sales performance on its own would’ve been record-breaking, but it had the misfortune of coming after one of the most successful series of all time.