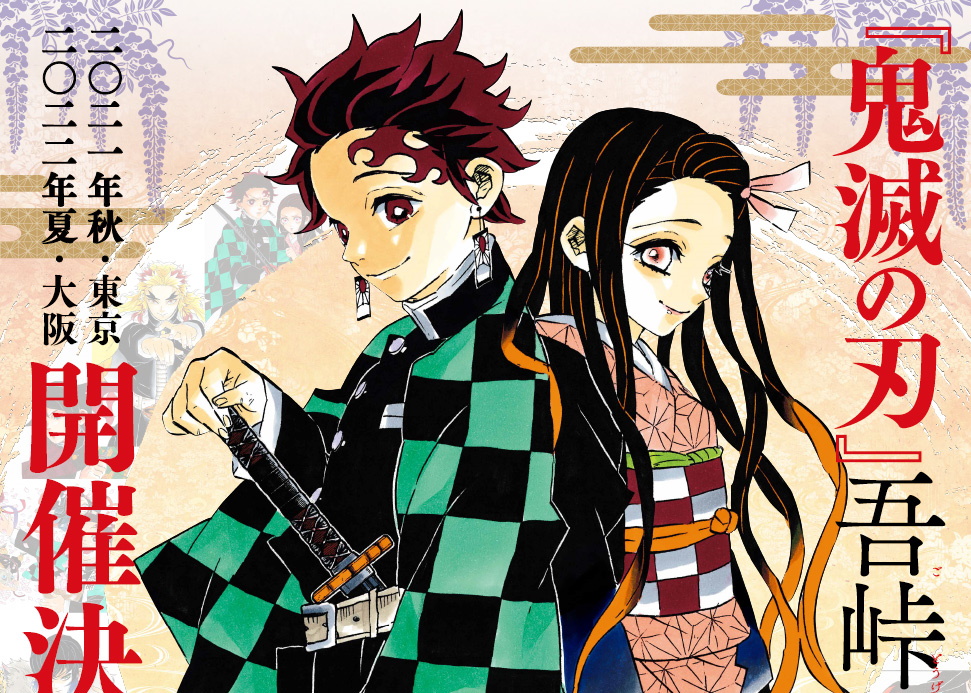 Perhaps it was only a matter of time, but Koyoharu Gotouge’s smash hit manga series Demon Slayer: Kimetsu no Yaiba is finally getting an exhibition of its own this October in the Mori Arts Center Gallery, Tokyo.

What can we expect from the Demon Slayer manga’s first art exhibition? If other similar events are anything to go by, then expect original manuscripts produced during Demon Slayer’s 2016-2020 run in Weekly Shonen Jump, and original copies of any color illustrations produced during that time.

The exhibition’s official website and Twitter account are, admittedly, a little void of any sort of substantial information. Still, considering the massive fanbase Demon Slayer has built up for itself in the past year, we’d be surprised if this exhibition turned out to be anything other than a massive success.

Furthermore, taking out venue space in the Mori Arts Center Gallery is undoubtedly an anticipation of this. Located on the fifty-second floor of the massive Roppongi Hills Mori Tower, it usually plays host to traditional art, but has also opened its doors to such manga series as My Hero Academia and Attack on Titan in recent years. It’s a massive exhibition space, so the organizers no doubt hope to fill it with eager fans.

But what about COVID-19? We sure hope that things will have cleared up by then, but who knows. With this in mind, the exhibition’s official Twitter account assured fans, saying ‘We have taken precautions against the spread of COVID-19 and are in the midst of carrying them out.’ Cool.

If you’re located in Osaka, then the Demon Slayer manga exhibition will also be coming there in 2022. Further information will be released alongside future issues of Weekly Shonen Jump.