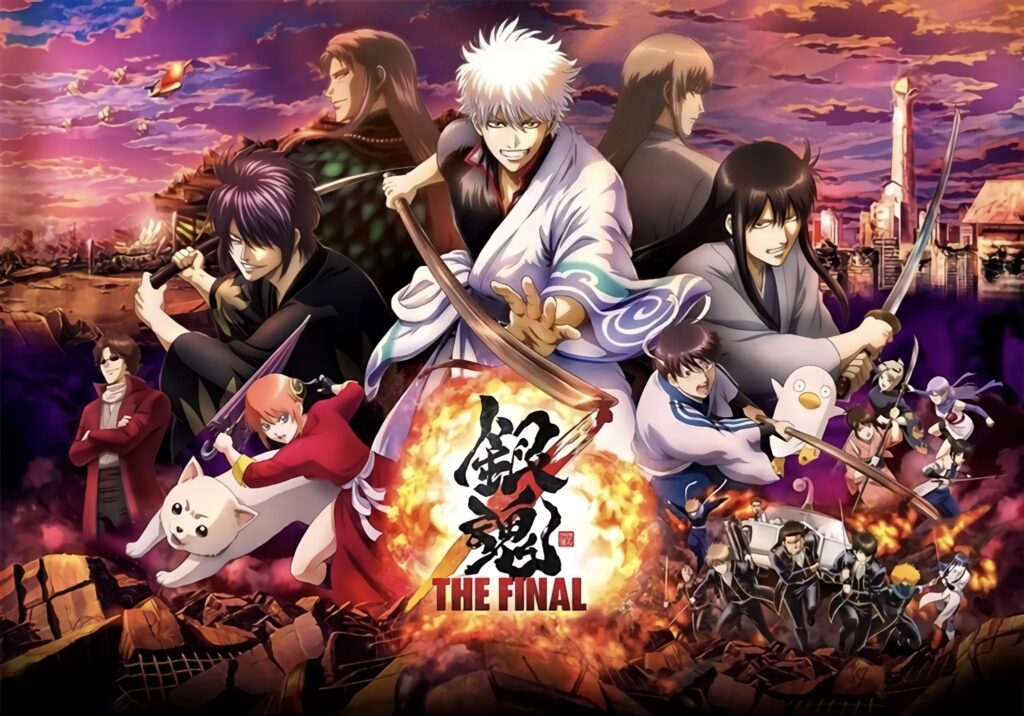 At this point, the Demon Slayer film’s box office numbers are beginning to feel like the movie simply racking up points at this point. The film beat Spirited Away’s domestic box office record a few weeks ago without even leaving the top of the charts and in just a few months, and any more money the film makes will feel somewhat inconsequential in the grander scheme of the success of the franchise, whether on the big screen or in print.

Still, after breaking so many records, it’s almost surprising it wasn’t able to usurp the record set by Makoto Shinkai’s Your Name in 2016 of 12 weeks at the top of the domestic box office, having been pipped at the post by Gintama: The Final, the latest and potentially final film in the Gintama franchise.

In spite of a Japanese State of Emergency impacting restrictions in cinemas in urban hubs like Tokyo, Gintama managed to earn a very respectable 531,350,320 yen from 384,220 tickets to top the charts, with Demon Slayer placing just behind. More impressive, however, is the film’s success in relation to previous films in the franchise. The film’s Saturday and Sunday revenue was 145% of the first film’s opening weekend and 102% of the second film’s opening (with 60% female attendance), in spite of new restrictions on cinemas put in place to curb the effects of COVID-19.

Not that Demon Slayer can entirely be removed from the picture here. Those attending screenings of the film did receive special Demon Slayer: Kimetsu no Yaiba art drawn by Gintama mangaka Hideaki Sorachi. Gintama is a popular series in its own right, obviously, as a long-running Shonen Jump series that has spawned countless popular anime adaptations, but the inclusion of Demon Slayer art for attendees will surely have had some influence on attendance.

Not even Gintama can escape the influence of Demon Slayer.