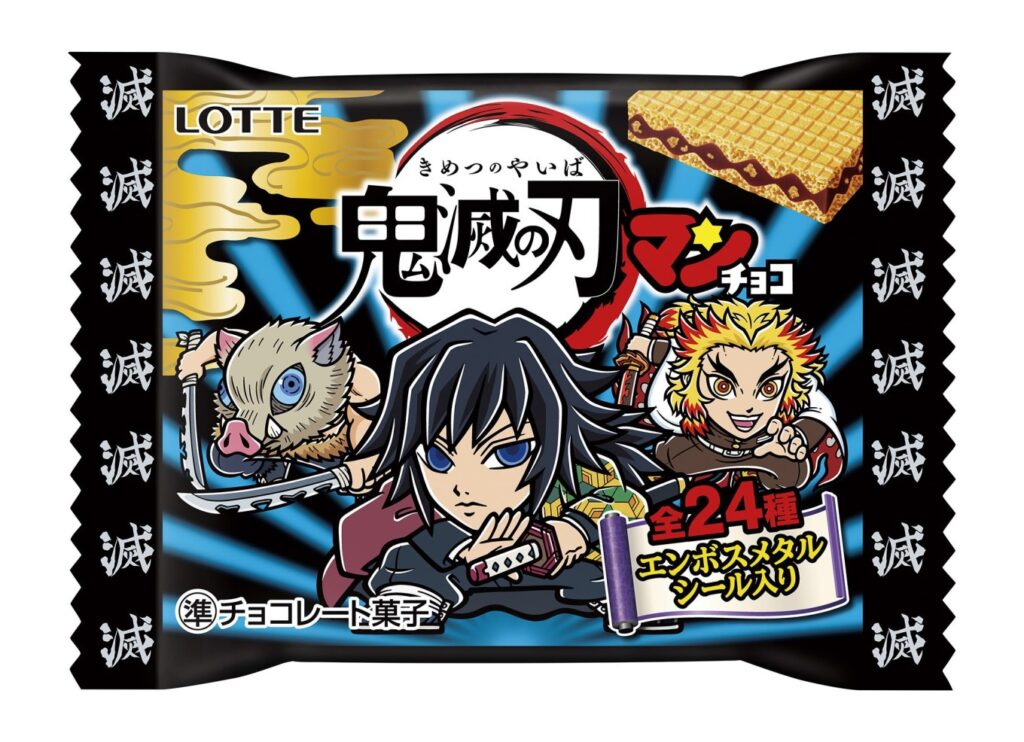 Lotte’s Bikkuriman-choco line of snacks & seals has been having a pretty stellar year when it comes to collaborations and special releases. They knocked it out of the park earlier this year with the release of two different Evangelion collaborations designed by the team at Greenhouse, and they also released a massive 2 part set in celebration of the “Akuma vs. Tenshi” series’ 35th anniversary. Well, just because they’ve already had a busy year doesn’t mean that they’re slowing down anytime soon with the announcement that a collaboration set featuring the hit Demon Slayer: Kimetsu no Yaiba anime as the central focus is being released in the very near future.

The timing of the release, officially titled Kimetsu no Yaibaman choco, couldn’t be more perfect considering the massive success of the Kimetsu no Yaiba: Mugen Train movie across Japan over the past few weeks, and the set definitely seems to be capitalizing on that as well. Like all Bikkuriman sets, this one features 2 different package artworks to select from, and one features Kyojuro Rengoku prominently on the front, which is fitting considering his role in the movie. Other favorites from the series are obviously there as well with Inosuke and Giyu joining Kyojuro on one package, while the other package features Tanjiro, Zenitsu, and Nezuko.

Lotte also released a few of the new seal designs featured in the set along with the packaging art. While most of these images aren’t 100% new (several were used on clear files during a promotion held earlier in the year), the seal featuring Zenitsu with Bikkuriman staple Super Zeus is definitely going to be one of the more desirable entries in the collection.

As OTAQUEST’s resident Bikkuriman collector, I immediately lept at this announcement and got to work trying to secure a few boxes to open for my own collection. I love it when the team at Greenhouse gets to put their spin on iconic characters like this, and I can’t wait to put this set in my binder along with the Evangelion, Gundam, Dragon Ball, and One Piece sets currently inhabiting it. Bikkuriman choco sets can be kind of difficult to find in the west, although collaboration sets like these do often pop up at Japanese supermarkets around the world so if you’re lucky enough to have one nearby be sure to keep an eye out. The Kimetsu no Yaibaman choco collection will hit stores across Japan on November 3rd, 2020.