Demon Slayer: Kimetsu no Yaiba’s Swords are Getting the Talking Toy Treatment 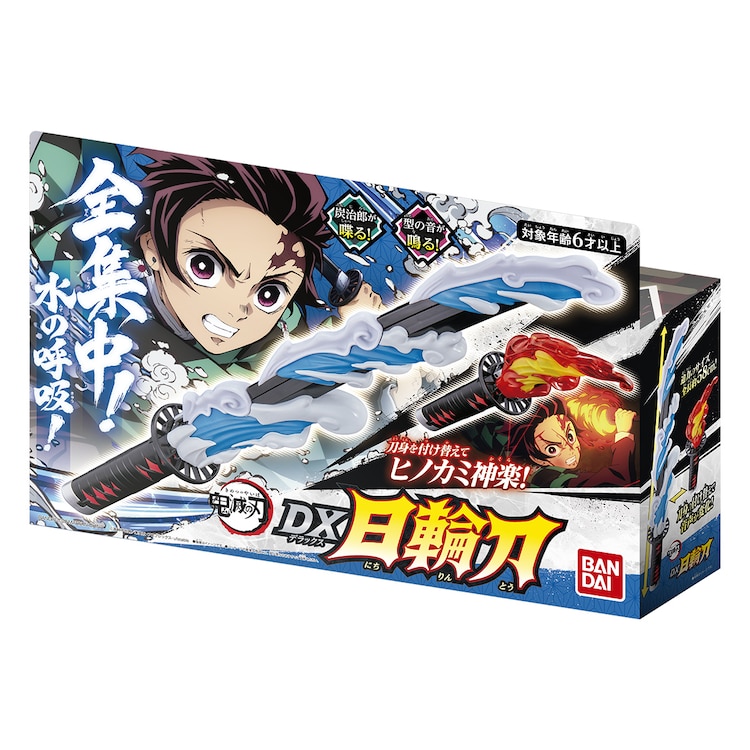 I look at this Demon Slayer: Kimetsu no Yaiba talking toy sword, and I have to wonder to myself… what took them so long?

Younger people reading this may remember the Power Rangers toys and talking weapons that dominated toy shelves and playgrounds growing up. Such weapons were banned at my school, but these toys were all the rage (and still are, if you look at what’s popular on toy shelves today). Whether it was a sword or a magical wand, such toys with a selection of pre-recorded audio lines playing from terrible in-toy speakers have always been popular with every popular series receiving toys like it. With this in mind, why has it taken so long for Demon Slayer: Kimetsu no Yaiba to receive a talking toy sword, when the series is seemingly perfect for such an invention?

The toy in question looks just like Tanjiro Kamado‘s sword in the anime when it’s being used, and has over 50 included voice lines that can be played from the toy’s speaker such as ‘Hinokami Kagura, ENBU!’. The sword can be transformed into Action Mode (the handle without a blade), Hinokami Kagura Mode and Water Breathing Mode, meaning your child can play out their fantasies of recreating Tanjiro’s most iconic battles. I guess, if you’re an adult and wanted the toy for yourself you could also use it for these reasons as well.

The sword is an impressive toy, I won’t lie. It’s all plastic, obviously, it’s made for kids, but with multiple modes and at a substantial 58cm in length, you truly can feel like Tanjiro with such a hefty blade. While the age demographic this toy is aimed at may be too young for many readers compared to other Demon Slayer: Kimetsu no Yaiba merchandise we’ve covered before, I can’t help but think how much fun this toy looks.

Toy stores around Japan will be selling the Bandai-produced Demon Slayer: Kimetsu no Yaiba talking toy swords from October 31st for 6380yen (about $55).