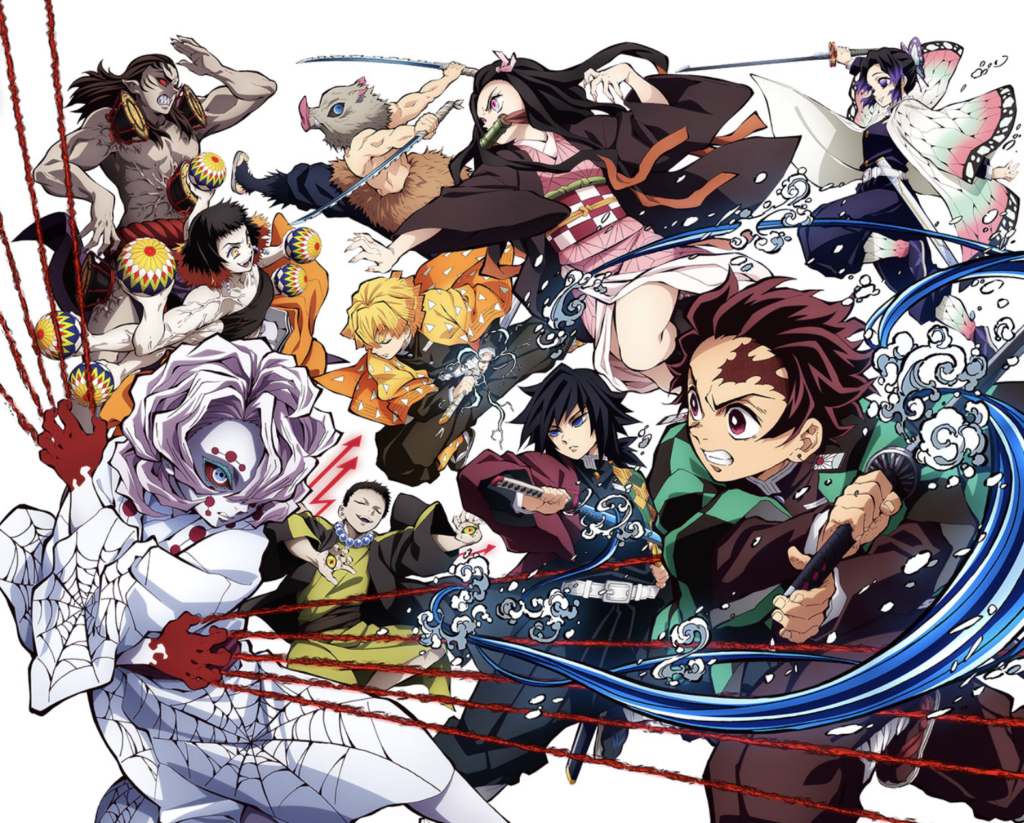 Demon Slayer is one of those titles that kind of took the anime scene by storm. Initially a manga, it received an anime adaption by Ufotable and Aniplex. It has an intriguing story, fierce combat, and Japanese folklore all bundled into one package. For those of you who have heard about it but don’t know the premise if the story, Demon Slayer revolves around the main protagonist Tanjiro Kamado a young boy in Taisho era Japan who becomes the sole source of income after his father’s passing. Things get really hectic though when the remainder of Tanjiro’s family is brutally slaughtered by a demon. Tanjiro and his sister Nezuko are the only survivors but his sister Nezuko is transformed into a demon but still shows signs of emotion and human thought.

It was announced in the most recent Jump Magazine there will be an upcoming mobile game for both iOS and Android titled “Kimetsu no Yaiba: Keppuu Kengeki Royal” which translates to “Demon Slayer: Bloody Swordfight Royal.” The game will be produced by Soleil, the same company behind the Naruto to Boruto: Shinobi Striker game and will be distributed by Aniplex. The game is said to be an “asymmetrical multiplayer survival action” game which will be free-to-play but will contain microtransactions. No further details on the game were given aside the fact that it is slated for a release in 2020.

If this wasn’t enough, there was also a PlayStation 4 title announced for release sometime in 2021 titled “Kimesu no Yaiba: Hinokami Keppuutan” (Demon Slayer: The Bloody Story of Hinokami” which is described as being a “battle action” game based on the series. With this title over a year out, there is no further information that we can give you at this time, but you can rest assured that there will be a bunch of information coming out about this title as well as the upcoming mobile games as we progress through the year.