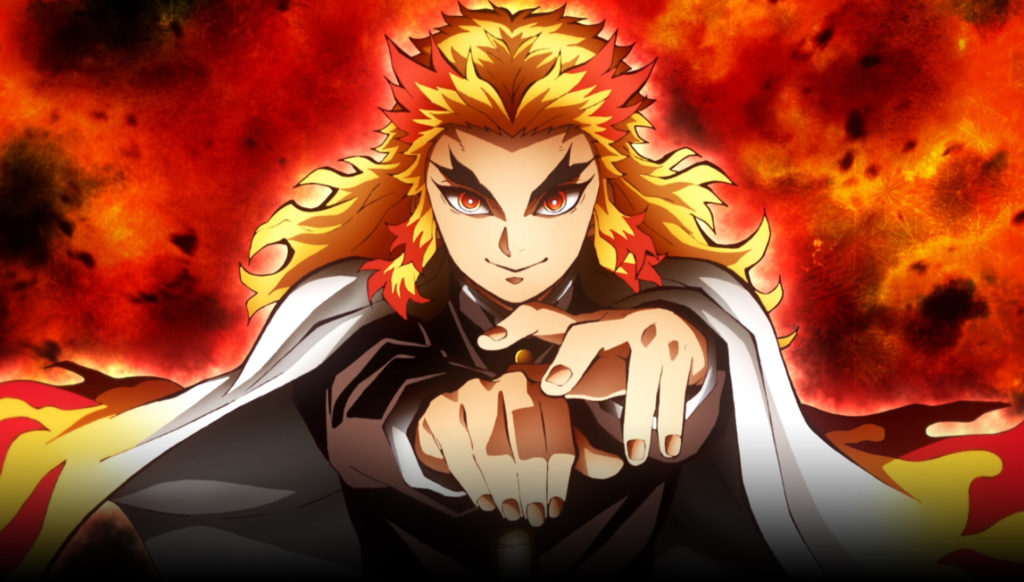 We haven’t talked that much about the Kimetsu no Yaiba (Demon Slayer) TV anime since it leaked last year, but – then again – there hasn’t really been much need to. You’d have been hard-pressed to avoid conversation about the anime these past couples of months, as ufotable’s anime and, in turn, Koyoharu Gotoge’s original series have become massive success stories. Now, Studio ufotable are looking to capitalize on that success and keep the ball rolling with a newly announced Kimetsu no Yaiba theatrical movie – something which is equal parts exciting as it is worrying.

The Demon Slayer movie, titled Demon Slayer the Movie: Infinite Train Arc, was announced following the broadcast of the final, 26th episode of the TV anime last Saturday with the following teaser (Twitter version for those not in Japan):

As you might expect, the Demon Slayer movie will move on to adapt the next arc of Koyoharu Gotoge’s original manga – the titular ‘Infinite Train’ arc (sometimes also referred to as the ‘Demon Train’ arc)  – which sees protagonist Tanjirou go up against the fearsome Kyoujourou, who is the main focus of the teaser.

In many ways, this next arc being adapted into a movie is great news. For starters, the arc itself is quite short – only clocking in at 13 chapters – which lends itself greatly to the shorter runtime of a movie. It also acts as a perfect jumping-on point for new fans, given that the next arc is much, much longer.

Ufotable have also proven with their Heaven’s Feel trilogy of movies (only two of which have been released) that the movie format allows them to produce more high-quality animation at a more consistent level –  a prospect which, when applied to Demon Slayer, sounds incredible given that the TV anime already features some of the studio’s best animation work to date.

Of course, there are also more cynical business and production reasons for why a Demon Slayer movie is a good move for the studio. For starters, ufotable are already used to theatrical movie production with how many Heaven’s Feel movies they’ve done so far, which is a good thing for the studio given that movies often provide more direct revenue in the form of ticket sales and expensive Blu-ray sets than TV anime, which relies on advertising and licensing.

It’s because of these lucrative business opportunities that so many successful TV anime in recent years have gotten sequels in the form of movies, including the isekai light novel series Saga of Tanya the Evil and dark fantasy manga Made in Abyss. In fact, even the Demon Slayer TV anime got theatrical screenings for its first couple of episodes back in February.

That being said, this trend isn’t exactly ideal for Western fans. While some progress has been made thanks to distributors such as Sentai Filmworks and Funimation, many of these sequel movies often don’t make it out of Japan – and even when they do, they’re either released a lot later, such as with the Saga of Tanya the Evil, or only shown in select theaters in certain countries, such as the Made in Abyss recap movies.

Given that the Demon Slayer TV anime has been such a hit not just in Japan but also in the West, the news of a Demon Slayer movie serving as the sequel is exciting, but also bittersweet. Will we ever get to see what becomes of Tanjiro on the demon train? Only time will tell.