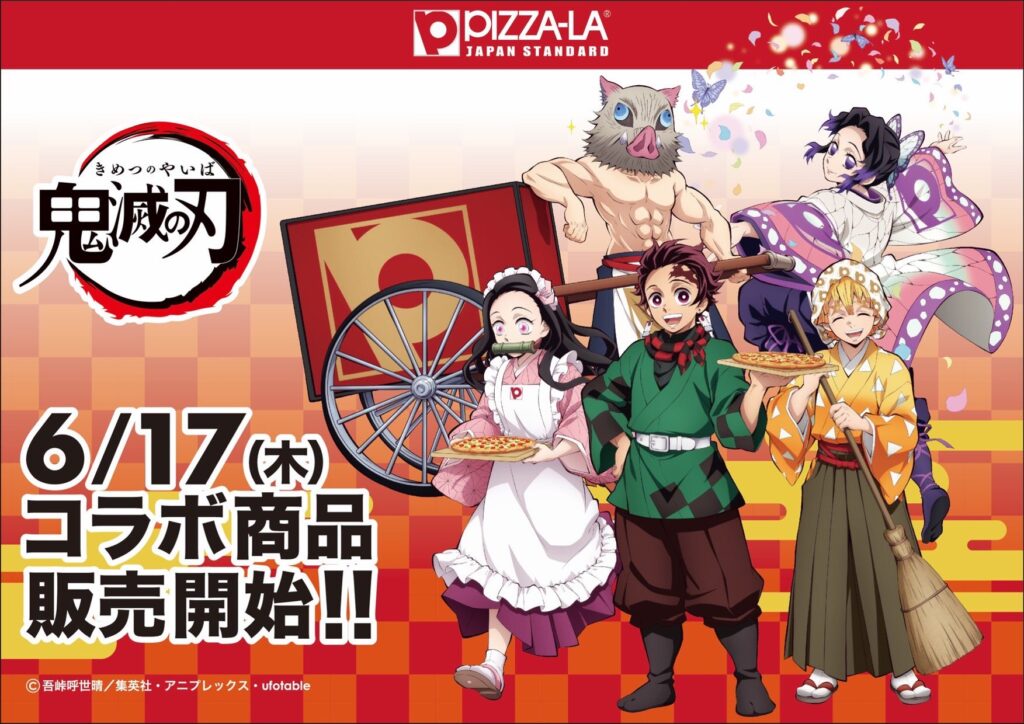 Of all the things you’d expect to collaborate with Demon Slayer: Kimetsu no Yaiba, pizza perhaps isn’t one of them. Still, that’s what’s happening, thanks to an unlikely collaboration with pizza chain Pizza-La.

Fun fact: pizza first came to Japan in the 1950s, after World War II. Here’s another fun fact for you: Demon Slayer is not set in Japan after World War II. It’s set in the Taisho Era, roughly 30 years before the end of the war. You wouldn’t associate the two things to be brought together in any form, but it’s also true that, provided an IP is popular enough, nothing holds it back from a collaboration that earns money.

It’s why, despite there being no correlation between the two, Demon Slayer will soon be brandished across a major Japanese chain’s line of pizza boxes, with special themed goods for those taking part in the Pizza-La x Demon Slayer event. 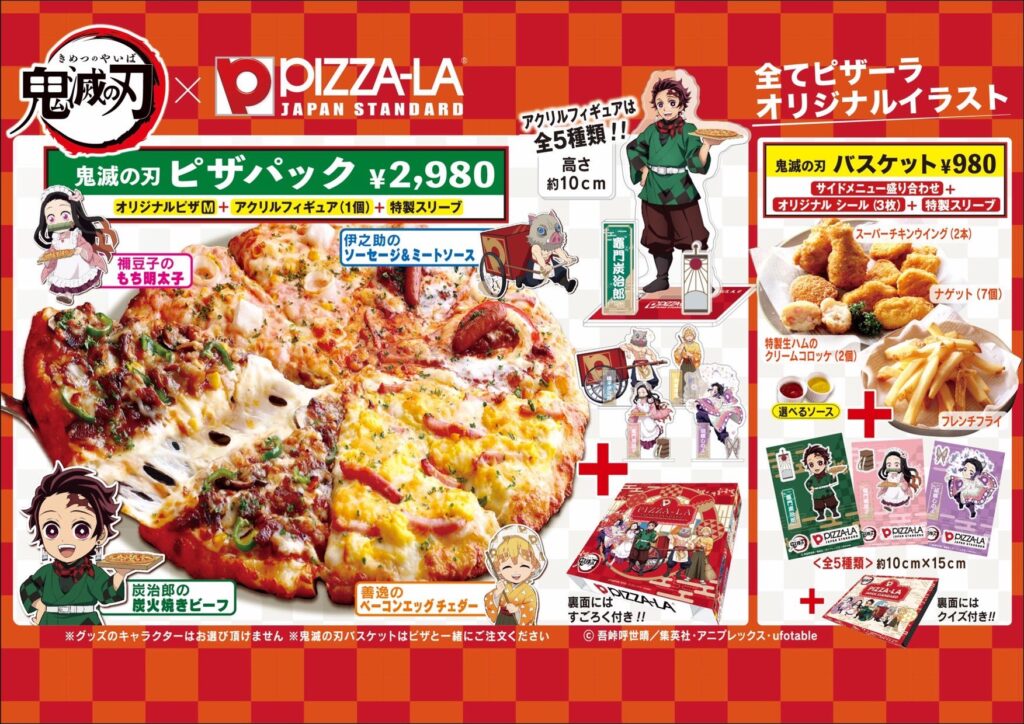 Starting later this month on 17 June, two special Demon Slayer: Kimetsu no Yaiba-themed pizza sets will be available at Pizza-La stores nationwide while supplies last. The pizza set costs an impressive 2980 yen, but alongside getting the pizza itself, it will be served inside a specially designed Demon Slayer-themed box and include one of five random acrylic stands, based on either Tanjiro, Inosuke, Zenitsu, Nezuka and the Insect Hashira, or Shinobu Kocho. In the cheaper 980 yen set, you’ll get a special box housing fries, chicken nuggets and stickers based on these same characters.

The inclusion of Shinobu may seem like a strange choice, but considering her status as one of the most popular Hashira in the series, it’s perhaps unsurprising. Similarly, a pizza collaboration may seem strange at first, but not so much if you consider how Demon Slayer revived the canned coffee industry and turned around declining sales. While pizza maybe doesn’t need the turnaround that 100 million canned coffee sales provides, I doubt Pizza-La would complain if they got even a small amount of the boost seen there.

The Pizza-La x Demon Slayer: Kimetsu no Yaiba collaboration kicks off on 17 June.