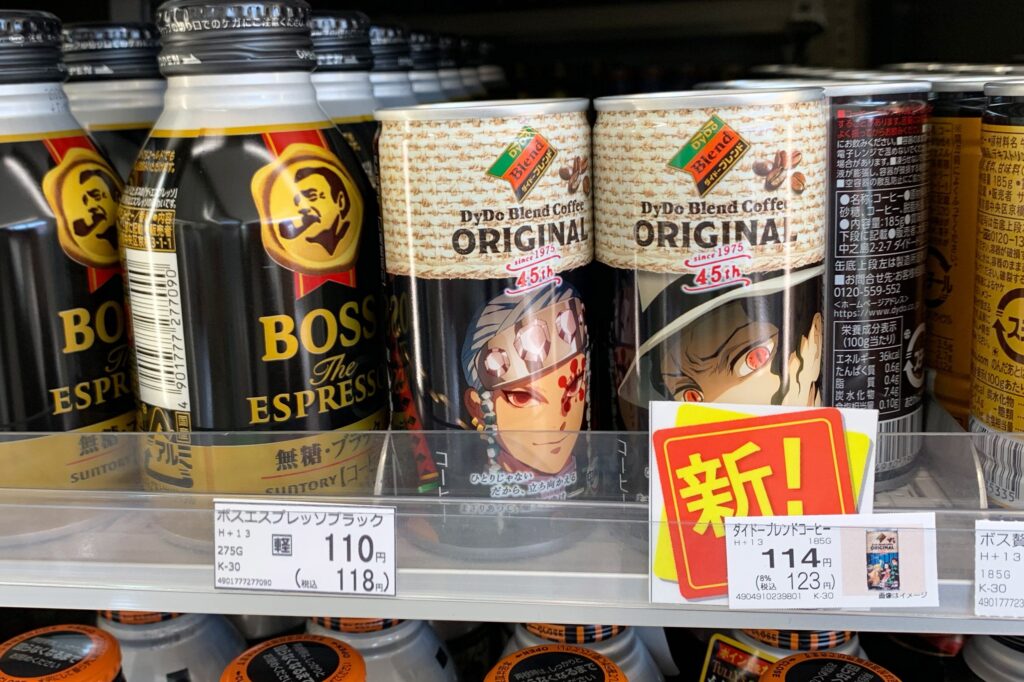 For decades, canned coffee was a staple part of daily life in Japan, but it was only because of the influence of Demon Slayer: Kimetsu no Yaiba that a downturn in sales was averted for DyDo Drinco Inc. last year.

In an article published on 25 May, the Mainichi Shimbun spoke with Tomiya Takamatsu, director of parent company DyDo Group Holdings Inc. As it turns out, when they launched a collaboration with Demon Slayer back in October of last year, they immediately saw an increase in canned coffee sales: around 1.5 times the amount it was for the same period in 2019. By March 2021, a whopping 100 million units had still been sold.

For years, sales of canned coffee had been in decline because of the core consumer base shrinking: salarymen and construction workers on their smoke break.

The problem is that nowadays, most smokers buy their tobacco from the convenience store, but many of DyDo’s products were sold in units located next to cigarette vending machines. This is in and of itself due to the introduction of Taspo in 2008, but canned coffee also isn’t the only way to get your caffeine fix anymore: Starbucks expanded to Japan in 1996, and most major convenience stores now provide self-serve coffee.

Despite only being in circulation for four months, sales from the Demon Slayer canned coffee collaboration were enough to boost DyDo’s operating income in January 2021 into about twice the amount it was in the previous fiscal period. How exactly did this happen?

It’s actually quite simple: although there were twenty-eight different designs available featuring a wide range of different characters, it was impossible to tell which one you would get through the window of a vending machine. As a result, fans of the series were picking up multiple cans, often in the hopes of obtaining their favorite character.

What’s more, Takamatsu noted that because of the Demon Slayer collaboration, it wasn’t just men purchasing canned coffee anymore: women, young children, and even older people were all giving it a go. That goes against the traditional image of canned coffee drinkers, so the question is: could Demon Slayer: Kimetsu no Yaiba create a whole new consumer base?