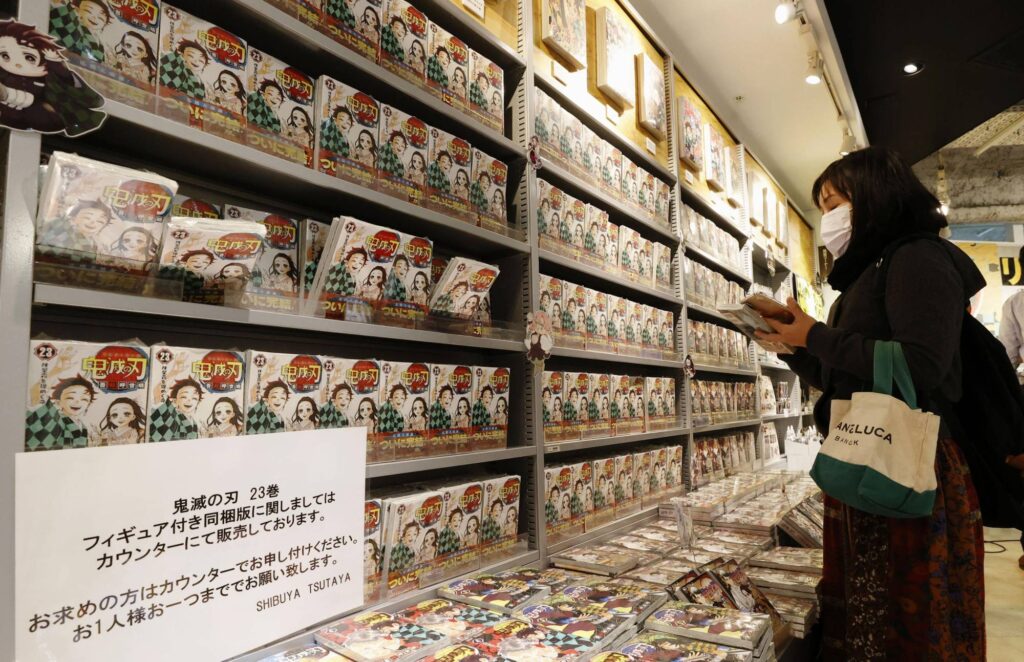 Ever since the mid-2000s, the manga industry has been struggling with the effects of a general publishing recession. Despite manga being as popular as ever, paper magazine circulation is falling while digital sales are rising, along with physical volumes. This has prompted industry-wide changes, most notably with the shift towards more digital-only publication. Demon Slayer: Kimetsu no Yaiba, however, may have turned the tide on the publishing recession somewhat.

In a report published by the monthly journal Shuppan Geppo, it was revealed that sales of print books and magazines only fell by 1% in the previous year, the smallest decline since 2006. The tremendous success of Demon Slayer, recently surpassing 120 million copies in circulation, was partially to thank for this relative uptick in the publishing recession, although other factors were also at play. For comparison, in 2019 print publications sales fell by 4.3%.

So all-consuming was the success of Demon Slayer, in fact, that not only did it contribute to the smallest decline yet of the publishing recession, it also boosted digital sales: e-book sales accounted for 24.3% of the total publication market in 2020, up 28% from the previous year. Koyoharu Gotouge’s series is once again credited with this, although we should also say that the stay at home guidance and State of Emergency also played a part in driving Japanese consumers to read again, as already seen with the unusual success of Doraemon.

Will Demon Slayer continue to turn the tide on the publishing recession heading into 2021? Could we even see a growth in sales, instead of a relatively lower decline? Unlikely. The series has already concluded, meaning that no new volumes will be hitting store shelves to attract new customers and bring in money from already existing ones, aside from spinoffs. While Studio Ufotable’s anime adaptation is still ongoing, the amount of promotion it can do for an already concluded series is limited.

You can read Demon Slayer: Kimetsu no Yaiba for free via VIZ Media.