Demon Slayer’s Kyojuro Is Getting A Movie-Exclusive Manga 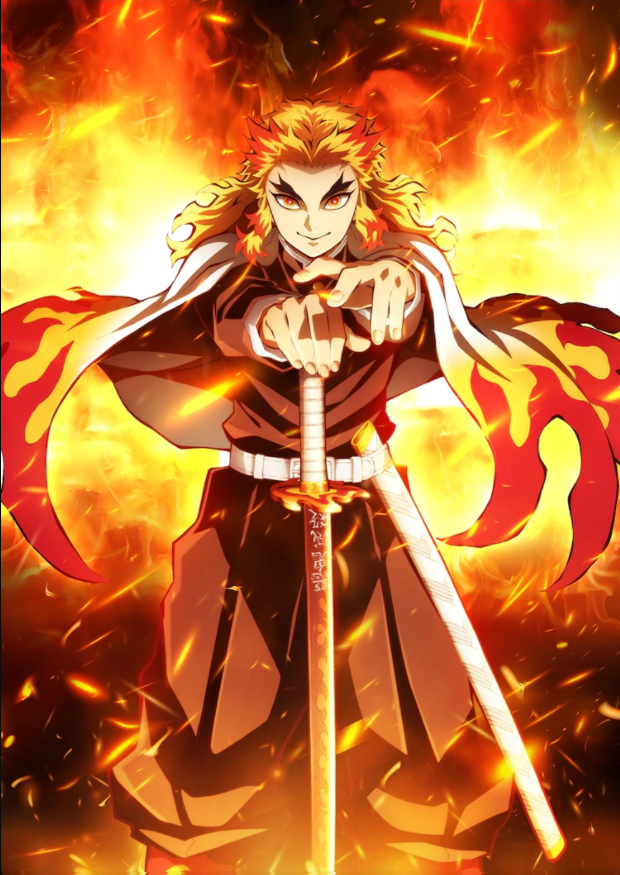 Infinity Train is perhaps the most well-suited title for the upcoming Demon Slayer movie. I’m not saying that just because the movie takes place aboard a train. It’s because the movie, nay the entire anime series itself, has garnered so much attention that every announcement and update has fans everywhere boarding the hype train. And this is a train that takes no stops, as proven by the latest announcement of a spin-off manga that will focus on the backstory of the fiery katana slinger and fan-favorite Kyojuro Rengoku.

Titled Rengoku Vol. 0, this manga will focus on Kyojuro’s first mission as a member of the demon-slaying Hashira clan. The manga itself will be 84 pages long, illustrated by Demon Slayer mangaka Koyoharu Goutoge, and include interviews with the cast and additional staff of the Infinity Train movie. The catch is that its 4.5 million copies will be given only to those who attend the movie in theaters.

This one-shot will have a young Kyojuro undergo his first mission as a member of the Hashira. Given how this seems to be the prelude to the upcoming Rengoku Gaiden spin-off manga, the Rengoku Vol. 0 manga could be a perfect opportunity to shine a light on other aspects of Kyojuro’s life. An obvious pick would be the relationship he had with his family while he was still a warrior-in-training.

Demon Slayer: Infinity Train will get its proper Japanese release on October 16, with another big announcement to be made a few days in advance. For those lucky enough to see the film on its initial release, this manga will provide a nice little thing to hold them over until the Rengoku Gaiden manga finally gets its proper release. A North American release for Infinity Train is slated for 2021, but no official date or word has been announced yet.