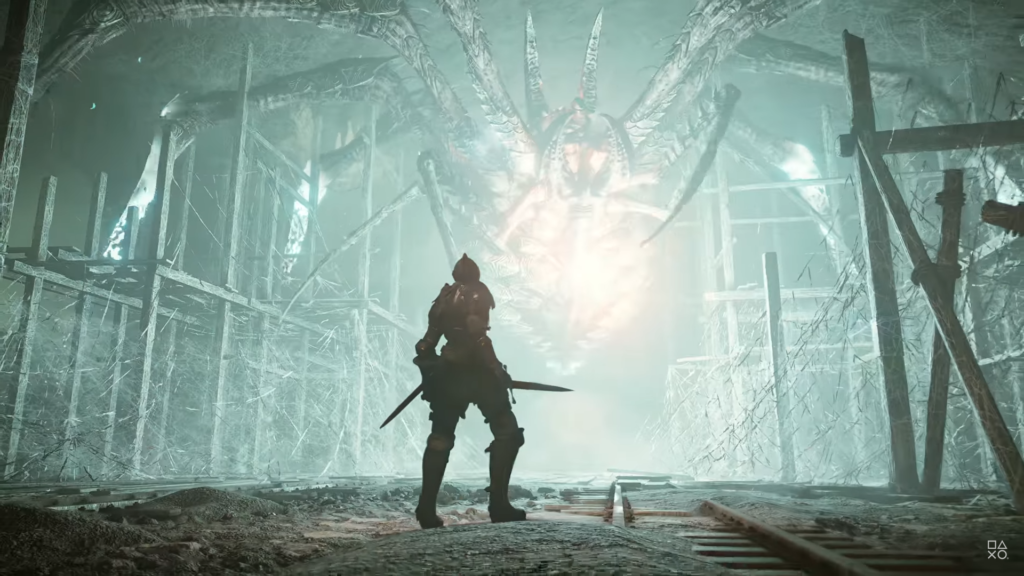 Is the Playstation 5 really out in just two weeks? The ‘next generation’ of console releases has quickly crept upon us, and perhaps due to the time dilating effects of Corona World or just due to all of us being older, it all has seemed rather fast. Don’t get us wrong; Pre-orders for both sets of consoles have been through the roof, but just many people are happy to laze the day on their Switches. The future Playstation 5 owners have a particularly appealing launch title amongst in their midsts, provided they’re up to the challenge! Equal parts enticing and anxiety-inducing, the latest trailer for the Demon’s Souls PS5 remake has us salivating.

Gosh this gigantic one-eyed spider creature straight out of Ocarina Of Time is moving almost too smoothly for my comfort. Not for nothing, games have come a long way since first making the leap to polygons in the mid-90s. The vast brunt of this trailer is actual gameplay footage, and it all looks sharp as hell. Admittedly, while not at Bloodborne speeds, the Dark Soul’s PS5  combat does look a touch faster than its PS3 original but for most players that’s a benefit, not a drawback.

Demon Soul’s PS5 will be bringing the original game’s legacy around full circle on November 12. Sure, Dark Souls is where the series truly took off but we would have never visited Anor Londo is the first place if not for the groundwork Demon’s Souls laid in the first place. Not everyone had gone back and played the 2009 Playstation 3 even during that console generation so this remake will actually be entirely new to many people. For those who are into their particular brand of masochism, we can’t think of a better console launch title than a Souls entry.

The Demon’s Soul PS5 remake, as well as the console itself, release on November 12.