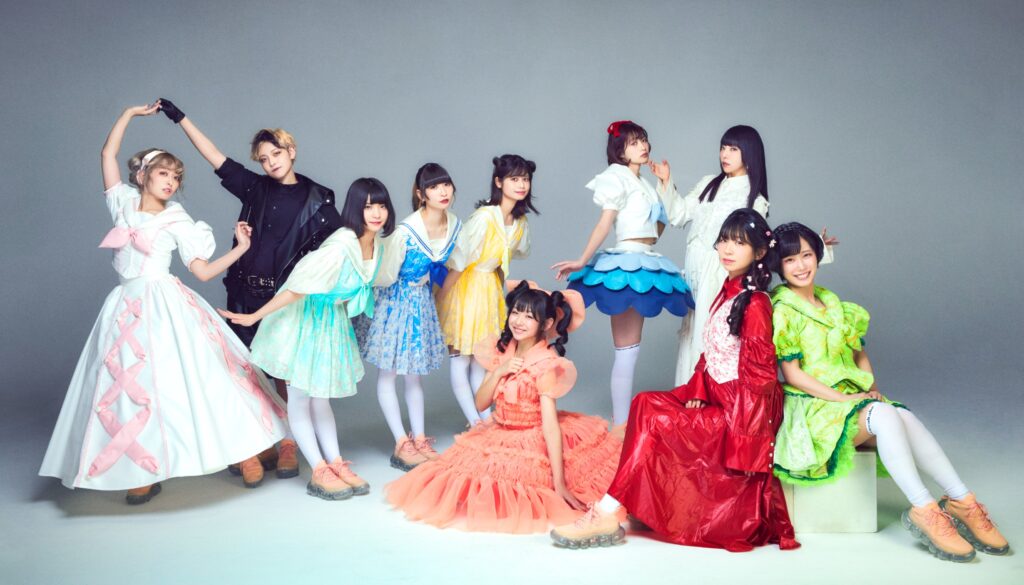 In a major shift for the group, Eimi Naruse has graduated from Dempagumi.inc and the group has grown from 5 remaining members to 10, signaling a shift in the purpose and future direction.

Today marked the final day for Eimi Naruse as a member of Dempagumi.inc. A concert held at Toyosu PIT in Tokyo marked Naruse’s graduation from the group, which she joined back in 2010. Her graduation is a major moment for Dempagumi.inc since Naruse was one of the longest active members, with the group itself undergoing a number of changes since their inception. The decision following her graduation to drastically reform the group and proceed with a 10-person lineup represents how it has developed over the years.

This change in direction could be seen the first time new members were added to the group in 2017, when Kaname Rin and Nagi Nemoto joined. What was different about their addition was their involvement with other groups within DearStage. Rin was involved in Beboga until their disbandment and later temporarily supported MEME TOKYO, themselves a junior group to Dempagumi.inc, while Nemoto is still an active member of Niji no Conquistador.

In recent years, Dempagumi.inc has become far more involved in supporting younger groups within DearStage and lifting their profile alongside their own. Many of the new members are simultaneously members of other groups, and this is only to be emphasized in the group going forward.

Aikawa Kozue will join the group with a light green color; she has in the past uploaded dancing videos of herself online and choreographed ‘Luka Luka Night Fever.’ Then you have a solo idol within DearStage in Kobato Ria, joining as a powder pink member. However, the three other members are active members of other groups and will continue to act in those roles in the future: MEME TOKYO member Amasawa Rito (navy blue), ARCANA PROJECT member Sorano Aozora (sky blue), and Niji no Fantasia member Takasaki Hina (orange).

With Dempagumi.inc’s place in idol fandom secure, DearStage have sought to use the group’s success to cross-promote other idols to a decent level of success. My fear is that working for two idol groups at once, when being an idol is already exhausting and often grueling work, may be asking too much of these members. I am certainly interested to see how the group develops in this new era, even if Eimi Naruse’s graduation is painful from a personal fan perspective.