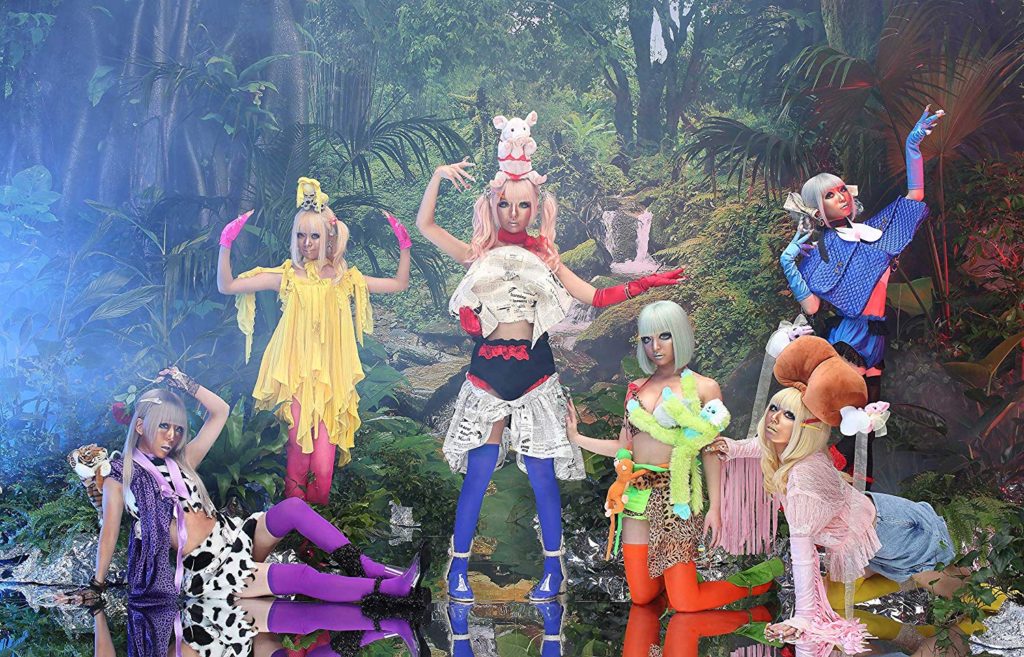 It’s a transitional time for Dempagumi.inc. Two years ago, Moga Mogami officially left the group to focus on a much more high profile solo-career as an actress, model, and TV Personality. Earlier this year, after it was previously announced, Yumemi Nemu ‘graduated’ from the idol group after their most recent album ‘Wareware wa Dempagumi.inc da’ came out in January. While two new members did fill out those ranks, Moga and Nemu were generally the group’s most popular members and some fans have begun moving on already. ‘Inochi No Yorokobi’ will be their first big single released post-Nemu. Here’s a live performance of it from their recent tour:

‘Inochi No Yorokobi’ roughly translates to ‘the joy of life’. The physical single will release June 26 in a number of limited editions, the cheapest of them retailing at around 1,800. The cover of the single features the current Depagumi lineup adorned in gyaru / ganguro style make-up amidst a tropical background.

The song itself transitions back and forth from traditional sounding idol music to segments that utilize traditional Japanese instrumentation. This live performance is a fun little video, what with it featuring some dude on stilts as a bunch of idols prance around him. They also covered some hype-men in bronzer and adorned them in “tribal” clothing, so it seems like they’re doubling down on the potentially problematic imagery. With all this, It’s hard to say if all the upcoming ‘Inochi No Yorokobi’ release will lead to a new era of prosperity for Dempagumi.inc.

‘Inochi No Yorokobi’ will be released in Japan on June 26. Those interested in checking out further information on the release, be sure to check out Dempagumi.inc’s official website.