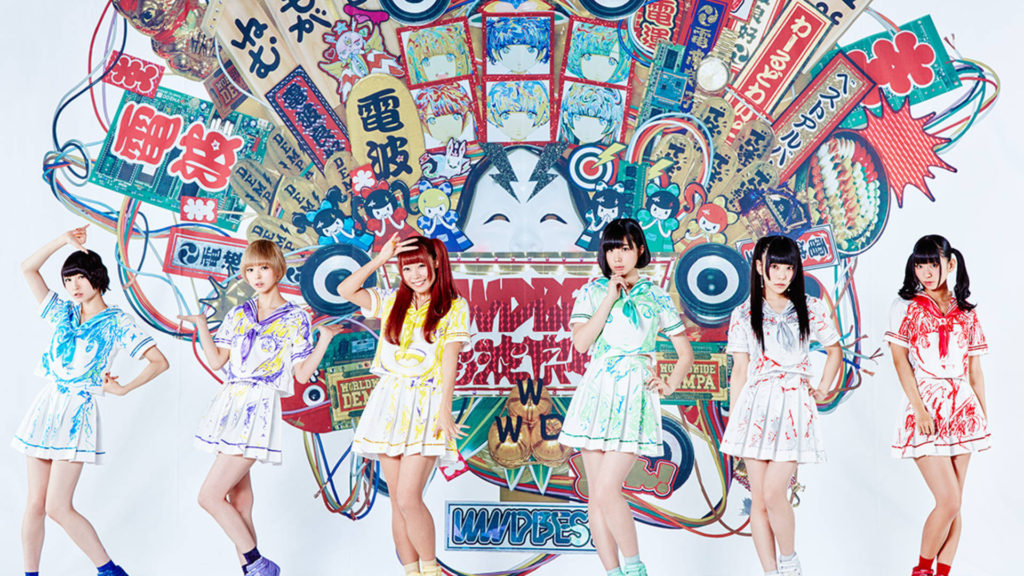 Let me paint a scene for you real quick; you’re in an arena, engulfed in a sea of thousands of likeminded individuals — suddenly, a colorful bolt of lightning flashes across the stage. Screams of excitement emit from all around you as the crowd rapidly begins to lose their minds. It’s at this point six vibrantly dressed idols run onto the stage, completely lighting up the entire arena with their presence. This is, put simply, the Dempagumi.inc concert experience; an experience that I myself can’t even begin to express. In my lifetime I’ve had the absolute pleasure of attending two of Dempagumi.inc’s live concerts here in Tokyo, but I’m constantly waiting for an opportunity to attend more.

While trying to keep it simple, Dempagumi.inc is an Akihabara-based idol group that consists of six members stemming from various otaku backgrounds. They unify under their shared enjoyment for the hobbies they love and act as a mainstream voice for the otaku subculture as a whole. Member Nemu Yumemi, for example, is an outspoken DJ and former resident of Club Mogra, while Mirin Furukawa is an extremely skilled rhythm game player, mostly specializing in Beatmania IIDX. Their interests stem from a wide range of sources, but put together it presents itself as a hyper-energetic force that is Dempagumi.

Roughly 9 years since they first debuted, the group finds themselves commanding sold-out arena shows all over Japan. Their unique combination of hyperactive visuals paired with the group’s signature vocal flare took very little time to generate an extremely dedicated fanbase. In the last few years, the group has even begun to find international success, performing in locations such as Los Angeles, London, and Paris. With 5 major albums under their name, as well as 16 singles, Dempagumi.inc is a powerhouse that shows little sign of slowing down.

In recent years, they have worked closely with numerous big-name Japanese creatives such as the writer and illustrator of Oyasumi Punpun, Inio Asano, and established Harajuku fashion brand Spinns. Pulling inspiration from the fast-paced lifestyles they live, as well as their diverse and eclectic backgrounds, the group always manages to put on a memorable and entrancing performance, regardless of whether it’s on or off stage. The group has also worked with animated projects such as Punchline!, Phantom of the Kill and The Disastrous Life of Saiki K to provide both opening songs and ending themes.

The group’s first album, ‘Ne Kite? Uchuu wo Suku no wa, Kitto Osushi… de wa Naku, Dempagumi.inc!’ debuted at #132 on the Oricon Weekly Album Chart back in late 2011. Some 5 years later their fourth and fifth albums would go on to rank #3 and #4 respectively. Charting in the first place is an incredible achievement, let alone ranking in the top 5 for three of your five album releases.

While the idol industry in Japan is often seen as largely saturated, especially in recent years, Dempagumi.inc continue to stand proud as a testament to the still-present talent in the industry. Proving their creative value time and time again, the group stays on top of their game through the use of unconventional methods and alluring internet-age appeal. It’s difficult to predict what the groups next big move will be, but whatever it is, I’m looking forward to it with starry eyes.

If you’re interested in finding out more on Dempagumi.inc, you can find further information on their official website, here!