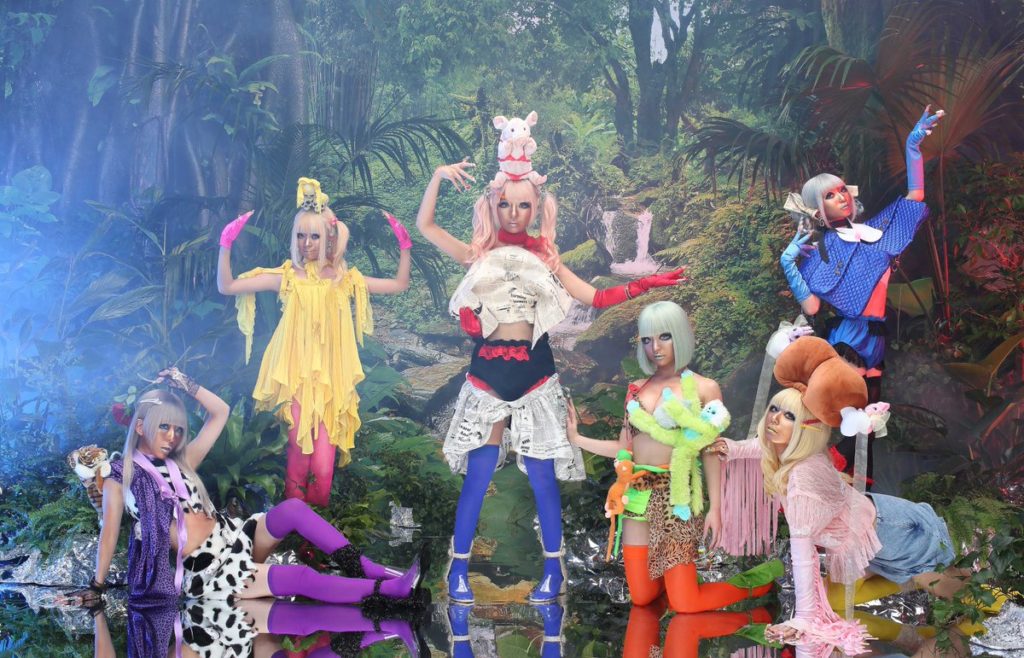 Although Dempagumi inc.’s newest single is set to release later this month on the 26th June, the CDs title track, Inochi no Yorokobi (Life’s Pleasures) has been performed live by the group for a few months already by this point. A video of a performance of the song at the Nagoya Diamond Hall is available to view on the group’s YouTube channel, while I’ve personally been able to see the song performed live twice, through both a joint concert the group held with idol group Shiritsu Ebisu Chuugaku at Zepp DiverCity in Odaiba, Tokyo and a release event near that same venue on the day of the @Jam music festival. In that regard, when the group finally released the music video for this song ahead of the upcoming release of their new single, I was already intensely familiar with what to expect.

Saying that, that didn’t mean the music video lacked an impact or didn’t please me when it did come out. If I had to be brutally honest, the special costumes for the single, which sees the members dressed partially like gyaru, is something I’m not the biggest fan of, but the song itself is so much fun. The drum build up into the main song itself alongside the chant do a superb job of pumping you up for a song that never lets up. This is the first single to handle the group’s 6-member-lineup following the graduation of Yumemi Nemu as well and does a superb job of establishing the group’s new lineup.

It would be fair to say that the last 2 years have been something more of a transitional period for the group. Mogami Moga has also graduated from the group in that time while two new members from fellow idol group Niji no Conquistador have joined. I’ll admit that in this time my interest in the group waned, with Moga’s graduation in particular (due to her being my favorite member) causing me to lose interest. It’s since the beginning of this year, however, that that interest has revitalized in a big way, and I don’t think I can give a bigger compliment to this single other than noting that it reminds me why I fell in love with this group in the first place.

The music video for Dempagumi inc.’s new single is well worth a watch, with Inochi no Yorokobi set to release in Japan on June 26th.