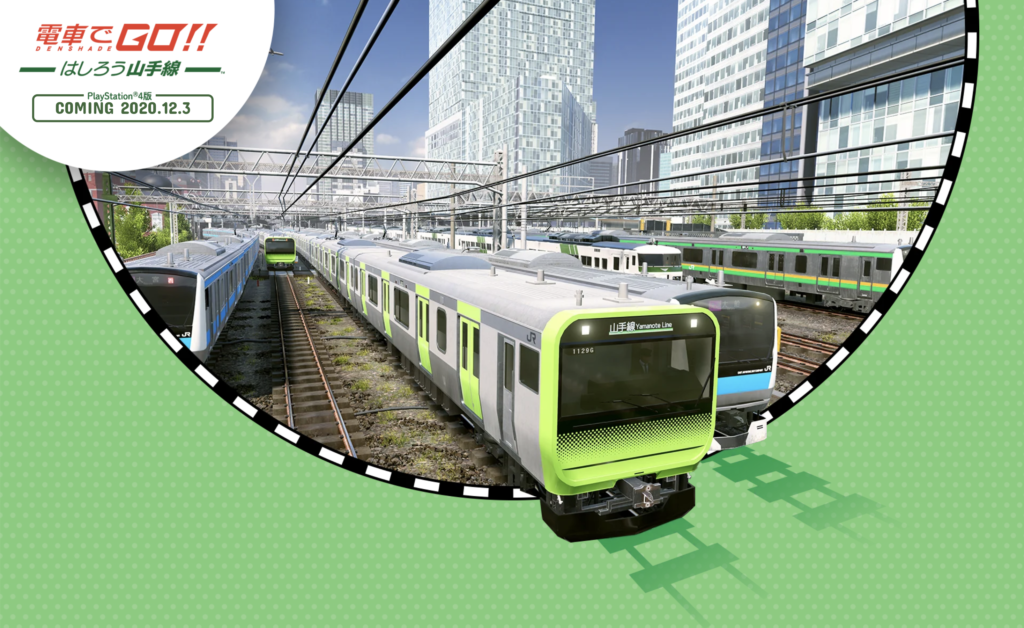 Ever since the first time I came to Japan back in 2008, I have absolutely been obsessed with their train system. The interconnecting lines, miles and miles of tracks, and the impeccable ability to keep everything moving on time in such an orderly manner, it has to be experienced to fully understand just how amazing it is. Back in the last 90’s, there was a little title released for PlayStation called ‘Densha de Go!!’, and it took the Japanese gaming scene by storm, from train enthusiasts and gamers alike. A couple of years ago, they released an arcade version of Densha De Go!! which was modeled after a train, really, the machine is massive, and I always wondered to myself, “Why hasn’t this hit PS4 or anything yet?” That’s all about to change, as today Square Enix announced that they will be bringing Densha de Go!! back to the console market with ‘Densha de Go!! Hashirou Yamanotesen’.

There hasn’t been much announced about Densha de Go!! Hashirou Yamanotesen aside from that it will be based on Tokyo’s famous Yamanote line. Upon watching the trailer, however, you can notice that there are other train lines in the game aside from the Yamanote line, so hopefully, we will be getting a fairly robust game that features some of Tokyo’s most popular train lines and maybe even some of those collaboration trains too. The game looks nearly identical to the recently released arcade version of Densha de Go!!, which is definitely a treat as the game is absolutely stunning visually.

Densha de Go!! Hashirou Yamanotesen has been announced to be releasing on December 3rd in Japan for PlayStation 4 and PlayStation VR with a Nintendo Switch release also announced, but that date has yet to be announced. The game will run for ¥7,800 plus tax, so it’s not necessarily a cheap game, but cheaper than some of the other games which have been released in Japan. I can’t really stress enough how awesome the Densha de Go!! series is, so if you haven’t had a chance to check out the series, grab your ekiben because your chance is soon upon you.