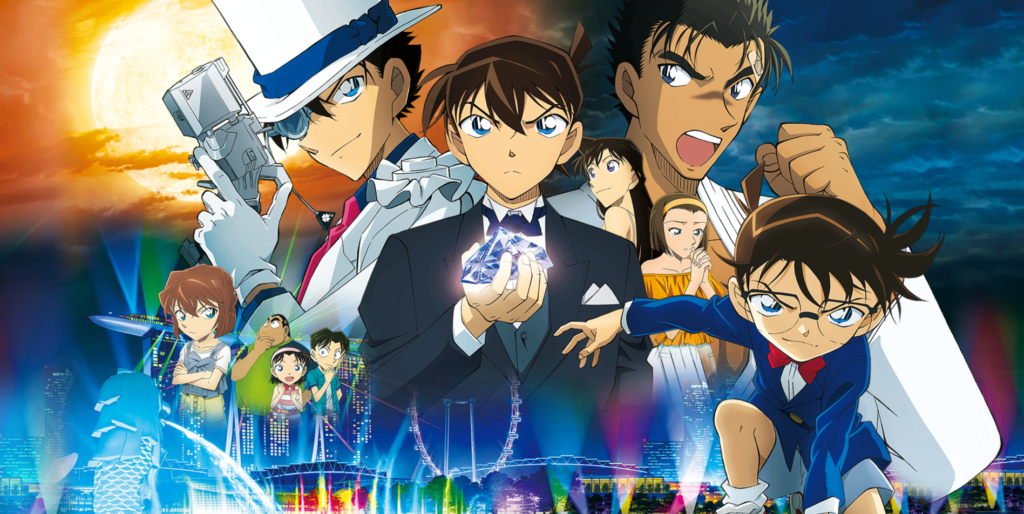 While Makoto Shinkai might spice up the Japanese box office every two years or so, there are few franchises that have had the same level of consistent success as Detective Conan. Gosho Aoyama’s mystery series has been smashing its own box office records year on year since 2013, and the latest movie, Detective Conan: Fist of Blue Sapphire, is no exception. 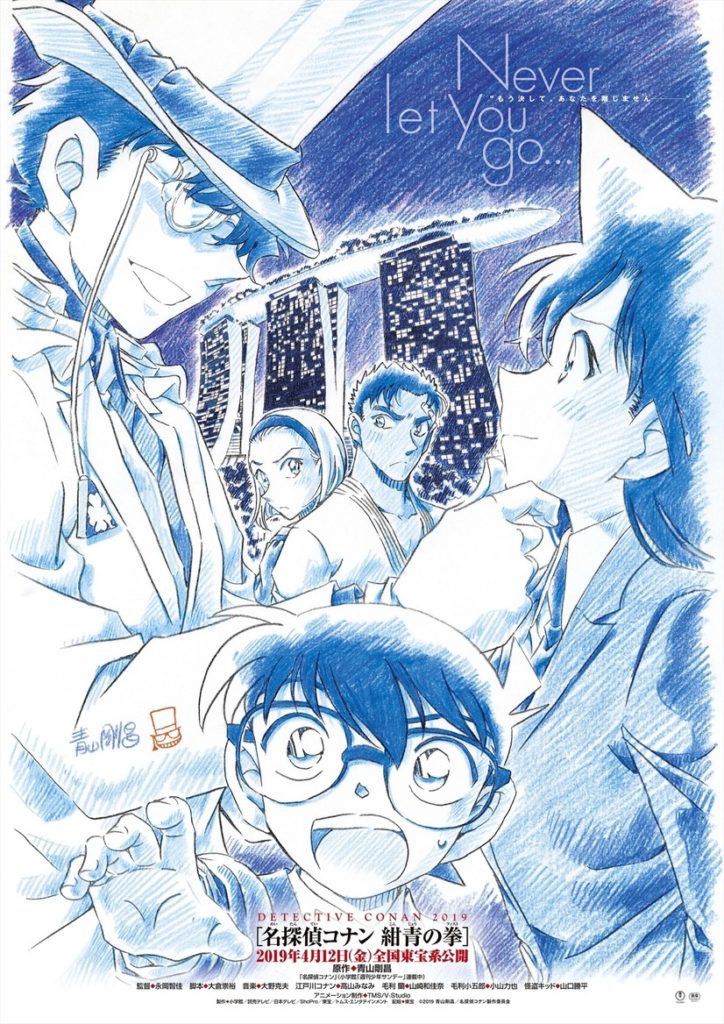 That’s no small achievement, either. 9.18 billion yen (around $86 million USD) was the target to beat, coming from Zero the Enforcer’s domestic box office, which Fist of Blue Sapphire beat on August 25, 136 days after its premiere.

This is all when it comes to the domestic box office, however. It’s worth noting that Zero the Enforcer’s gross box office is actually 11 billion yen, due to its release overseas in the southeast Asian market, where Detective Conan has traditionally performed well.

Fist of Blue Sapphire has yet to beat Zero the Enforcer’s gross box office, but that’s all about to change over the coming months – not only because it’s getting its own set of international screenings across South East Asia, but also because the setting of the film itself will surely engorge it’s international box office takings.

After all, Fist of Blue Sapphire is the first in the series to be set overseas, as it sees Conan, Kid, and Makoto engage in a three-way brawl/mystery/heist in the metropolis of Singapore. This will surely invite support from international markets, and not just from residents of Singapore. 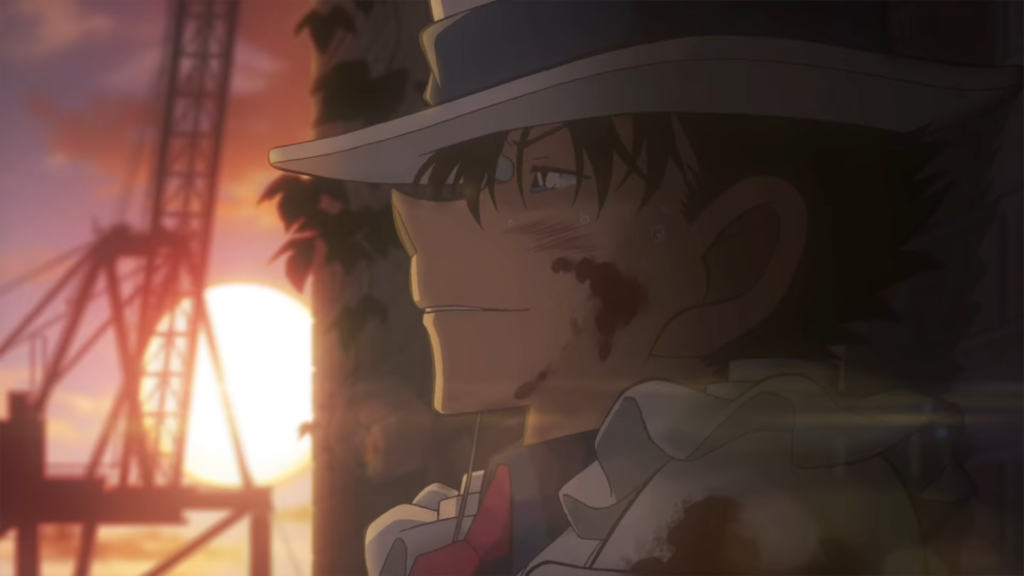 Even so, the question on everyone’s lips for a while now has been when the Detective Conan franchise will inevitably run out of steam and fail to break it’s increasingly incredible box office records. Looking at the Fist of Blue Sapphire’s box office, I’d say that that moment might come sooner than you may thank.

Fist of Blue Sapphire hasn’t therefore exactly been the blistering box office breakout that previous theatrical entries have been. But this was, to a certain extent, to be expected.

You can’t keep a ball rolling forever, and the momentum surrounding the Detective Conan movies was bound to slow down at some point. Yet the more measured box office performance of Fist of Blue Sapphire can be traced directly to the characters it features and the type of story it went forth to tell.

Kaito Kid is certainly one of the more popular Detective Conan boys, but his fortunes have been fading in comparison with Amuro Toru, star of the previous film, Zero the Enforcer.

Amuro has brought in a whole new generation of Conan fans based on his good looks and enigmatic personality, and he’s even gotten his own new spin-off to prove it. His popularity among the fandom was no doubt a large factor in the rapid box office-destroying performance of Zero the Enforcer, which Kaito Kid and Fist of Blue Sapphire could not hope to match.

Furthermore, Amuro’s movie was much more closely linked with the ongoing narrative of Detective Conan, which is nearing a conclusion after over 30 years of constant publication. The marketing for Zero the Enforcer hinted pretty heavily that we might find out the identity of Rum during the film, a high-ranking member of the franchise’s antagonistic group, the Black Organization.

That didn’t turn out to be the case, but that probably didn’t stop it from driving up box office receipts in anticipation. Fist of Blue Sapphire’s own standalone story featuring Kid couldn’t, therefore, hope to match the level of excitement in the Detective Conan fan community for Zero – which, once more, no doubt affected its sluggish box office performance.

Even so, Fist of Blue Sapphire’s box office has reached a level some franchises could only dream of, so it’s pretty clear that the Detective Conan franchise isn’t going away anytime. But the box office results for Blue Sapphire seem to suggest that the franchise’s current momentum is slowing down – something which could have an effect on the upcoming twenty-fourth theatrical movie, set to open next April.