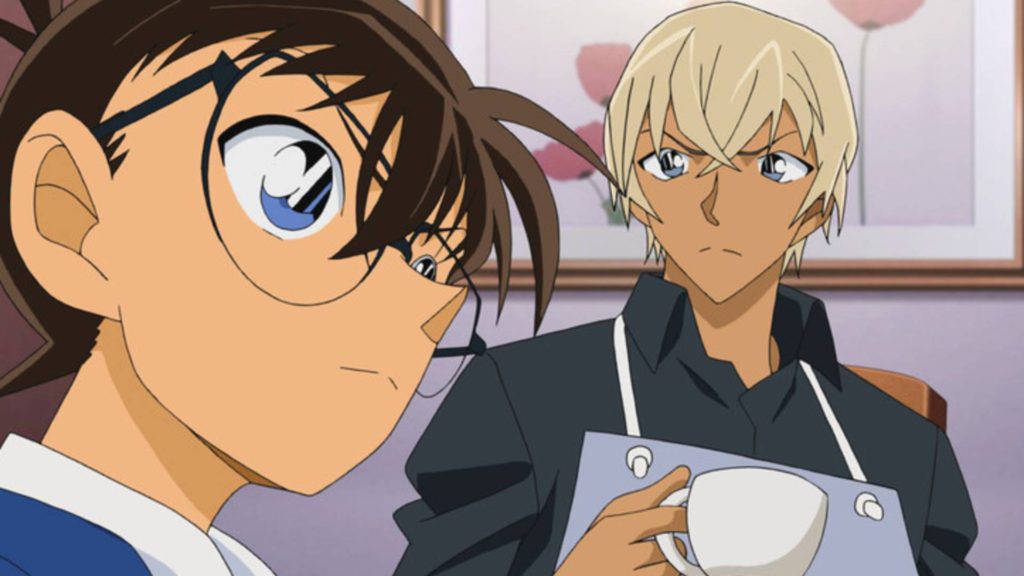 This year looked like it was shaping up to be the year of Edogawa Conan, with the long-running mystery series returning in full force with a box-office smash hit theatrical release, a new spinoff centering on a fan favorite, and a return to serialization for the original manga itself. But fans are struggling to get excited – even with Aoyama announcing that the series will be nearing a conclusion after over twenty years of publication. With that in mind, Shonen Sunday detailed in this week’s issue their plans to keep fans engaged.

They plan to do this by publishing Amuro Toru spinoff Zero’s Teatime when Detective Conan is on hiatus, and when Conan is off hiatus, Teatime will cease publication inversely. This way, fans can continue to get their weekly dose of Conan (and have an excuse to buy Sunday every week). Sounds good, right?

But the announcement that the series will be nearing a conclusion is hardly exciting or unexpected for fans of the manga, as most of the mystery surrounding the antagonistic ‘Black Organization’ has already been solved, with Amuro or Bourbon being one of the final keys. There are still some members of the organization still left to be revealed, but the reveal of such characters would essentially wrap up the overarching plot – therefore explaining why Aoyama has announced that the manga will be nearing a conclusion given that he does indeed intend to explain the mysteries of these remaining characters.

Furthermore, Detective Conan has always moved at a slow pace due to Aoyama’s own tendency to get sidetracked in interesting mysteries and conundrums. So even if these final mysteries are going to be solved, fans aren’t expecting this to happen any time soon. Why should they go out and buy Sunday every week, when waiting a while and then reading would prevent them from getting annoyed by the pacing?

In addition, due to Aoyama’s age, it seems like hiatuses will be all but unavoidable in the series going forward, as he has already suffered illness due to the hectic environment of serialization. Obviously, alternating Conan’s slot in the magazine with Zero’s Teatime does ensure that there is regular content for the series, but the two stories are progressing separately and in very different ways – hardly solving the problem.

What’s more is that many fans have actually expressed their distaste for the recent Amuro boom, evidenced by Zero’s Teatime as well as the twenty-second movie, as it seems as though Edogawa Conan is being replaced by Amuro as the main character of his own franchise. Rotating Conan and Teatime in the magazine only gives the two series equal billing and thus affirming this growing worry. No matter how much Sunday want to give fans Conan content, if that content is actively disliked by a large part of the fanbase, then I wonder what good it can do.

That being said, I do admire the fact that Aoyama and Sunday are taking steps to make hiatuses less insufferable for fans, especially as the series nears its conclusion. Several problems with the current state of Detective Conan still persist, but at least steps are being taken to solve those problems.