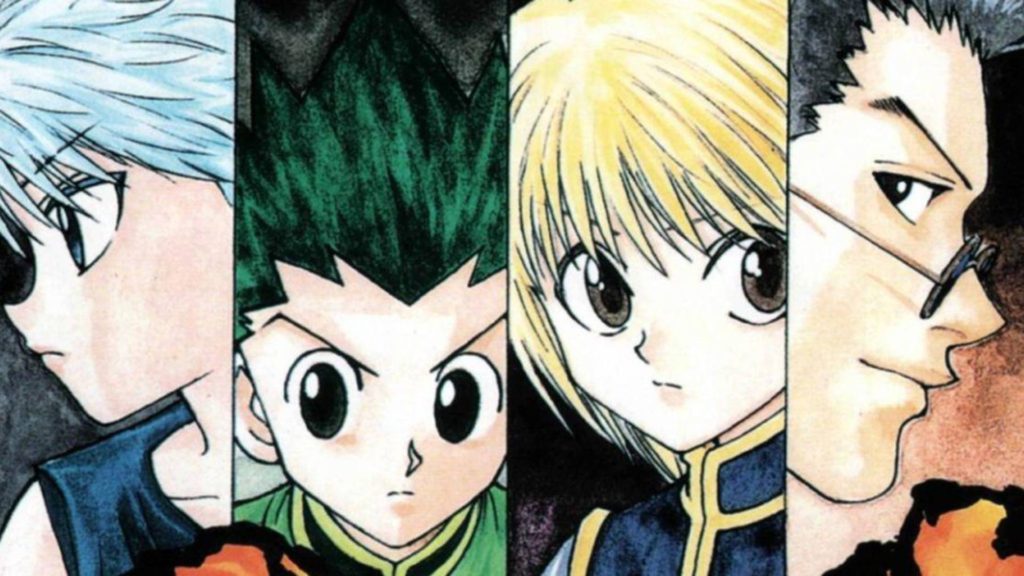 As a fan of both Detective Conan and Hunter x Hunter, this week’s news regarding hiatuses for both series has revealed some real artistic differences between the legendary properties.

In terms of Detective Conan, the sheer length of the series – around 900 episodes and 1000 chapters – has always seemed like more effort than worth to many people. I’m not up to date completely with the series yet, but I can safely say that the series warrants and owns this length, providing some great mysteries as well as excellent character work. Furthermore, the overall story of the series is much stronger than many seem to think, developing an intricate web of conspiracies which stalls Conan’s efforts to return to normal from his body of a child.

Yet this longevity has taken its toll on aging author Gosho Aoyama, who took the series on hiatus last December to ‘recharge.’ Now, about four months later, Aoyama is ready to bring the series back to Weekly Shonen Sunday on April 11.

The official Conan website shared some information about the latest arc, which will center around the showdown between Amuro Toru and Shuichi Akai. In addition, the first page of the new chapter was previewed: It doesn’t seem to be a coincidence that the 22nd movie in the franchise, Detective Conan: Zero’s Executioner, will open merely days later on April 13. Aoyama seems keen to continue the story in pace with the developments of the movie, which has been moving at a much faster pace recently in terms of advancing the overarching plot of uncovering the Black Organisation, who was responsible for shrinking Conan’s body in the first place.

Compared to this, Hunter x Hunter’s announcement in the latest Jump that it would be going on hiatus once more “for a little while” rings much more hollow.

Author Togashi only brought the series back in January after another extended hiatus for much of 2017. Even when the series was brought back to the pages of Weekly Shonen Jump, it hasn’t wowed fans in any sense of the word, with the story advancing incredibly slowly. This sense of ennui has been compounded by some very weak artistic direction, in which Togashi often fills entire panels with text, making it look dull and uninspired next to many other Jump series, which utilize some brilliant visual storytelling – One Piece being a key example of this.

The difference in nature between the two hiatuses could not seem starker. Whereas Conan’s Aoyama seems to be working earnestly to please fans despite his health; Hunter x Hunter’s Togashi has not tried to make up for the time lost in his serialization because of his health, resulting in the current ‘Dark Continent’ arc not being as engaging as it should be. I mean, come on – a murder mystery with Nen powers, written by the mind behind the Chimera Ant arc? Everyone should be loving that, at least in concept.

Yet, the environment of weekly serialization is a tough one. It’s easy to criticise authors like Togashi and Aoyama for their hiatuses from an outside perspective, but the reality of their work is much tougher than many of us realize. All we can do is to continue to support these authors at their best, and hope that they are willed on by fans to continue to put their heart and soul into their work.