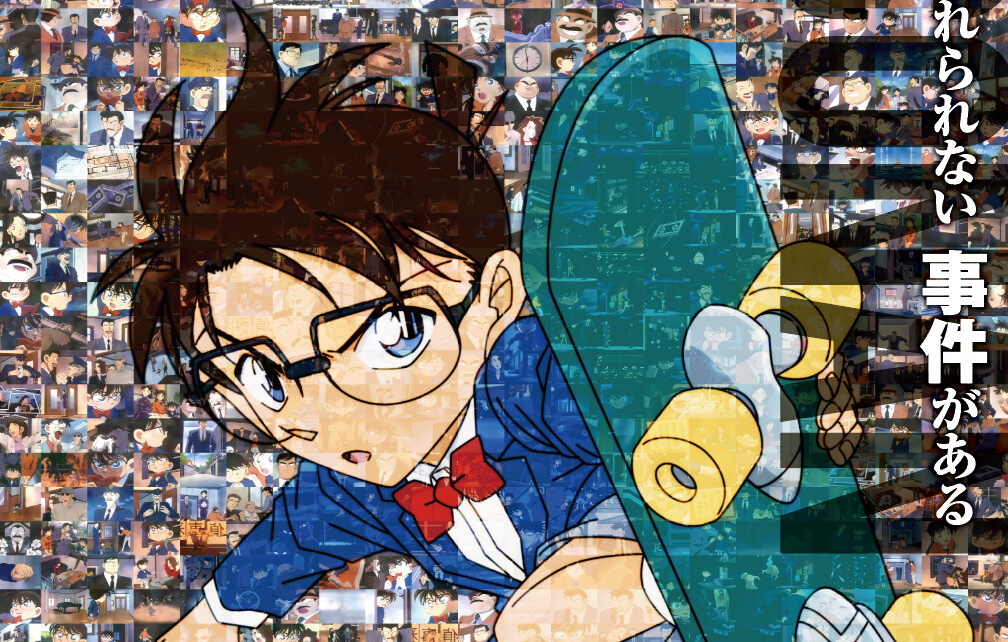 It’s been a long time coming, but TMS Entertainment has finally announced that they will be doing a remake of ‘The Moonlight Sonata Murder Case’ for the Detective Conan anime’s 1000th episode and 25th anniversary. This follows a months-long mystery-solving campaign whereby the series’ official website and Twitter account posted hints, inviting users to guess which ‘godly episode’ would get the treatment: the choice was always fairly obvious, but – then again – this case was also always the best candidate.

Originally airing on 8 April 1996, ‘The Moonlight Sonata Murder Case’ is notable for a couple of reasons. First, it marks a number of firsts: the first two-parter, the first serial murder case, and the first deaths by burning, heart attack, drowning, and hanging. Its heartbreaking conclusion that made special use of music was also greatly appreciated by Gosho Aoyama, getting a shoutout in his recent interview in Kono Mystery ga Sugoi!.

Just searching for ‘The Moonlight Sonata Murder Case’ (ピアノソナタ「月光」殺人事件) on YouTube will bring up a number of videos that talk about how this story scarred many young Japanese viewers for life, and acted as the catalyst for getting them into the show: as a result, there really was no better candidate for the anime’s 25th anniversary remake.

In terms of the Moonlight Sonata remake itself, it will air in two parts on 6 and 13 March. Crunchyroll will have it as part of their series simulcast.

To celebrate, world renowned pianist Aimi Kobayashi also performed the iconic ‘Moonlight Sonata’ for the official Detective Conan YouTube channel, which you can see above. This also marks the start of the ‘Moonlight Sonata’ challenge, whereby users are asked to perform their own renditions of the song (Beethoven’s ‘Piano Sonata No. 14’) and share them to Twitter or YouTube using the hashtag #コナン月光チャレンジ. You could win some posters for doing so!