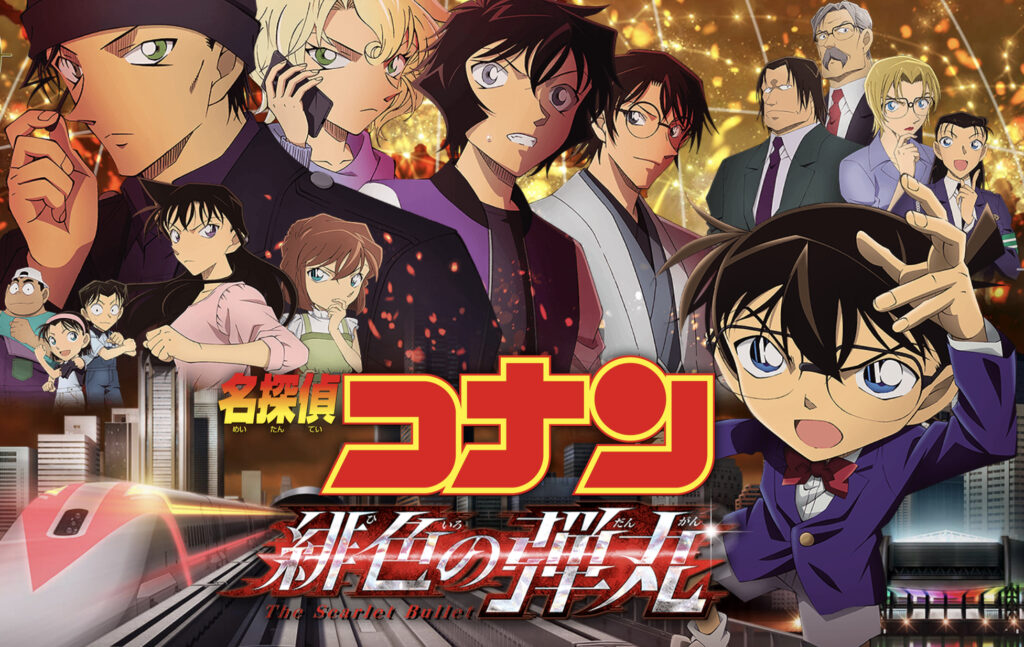 After being delayed for a year because of COVID-19, Detective Conan: The Scarlet Bullet is set to release in Japanese theaters on 24 April. For the first time in the franchise’s history, the film will release worldwide in five languages and 22 countries on the same day!

The loss of the recent Detective Conan film’s box office revenue for TOHO in 2020 was a big loss. In a standard year, Detective Conan films would be one of the most successful; in recent years, each movie has broken the records for attendance and revenue set by the last. The 9.37 billion in revenue earned by Fist of Blue Sapphire in 2019 made it the best haul ever for a Conan film. Not losing heart, the Reload Project was launched to feature 12 Detective Conan-related announcements in anticipation of the delayed release of The Scarlet Bullet; the 6th bullet is the news of its worldwide simultaneous release.

Detective Conan movies typically get strong cinema showings in Asian theaters and in select other countries. In the first ten days of Fist of Blue Sapphire’s release in China, the film earned an impressive 210 million yuan (3.2 billion yen), with successful releases in Taiwan and elsewhere. Yet these were released a few months after the Japanese premiere. With an extra year under their belts to work on this new Detective Conan film, a dub has been produced in English, Korean, German, and Chinese.

In celebration of this, a ‘global opening movie’ has been produced that intersperses all the different language dubs. It’s a clear statement of intent that recognizes the franchise’s growing international success and wants to capitalize on this by bringing the international audience into their future plans. While lower box office numbers can be expected because of the COVID-19 pandemic, it will be interesting to see if this experiment pays off.