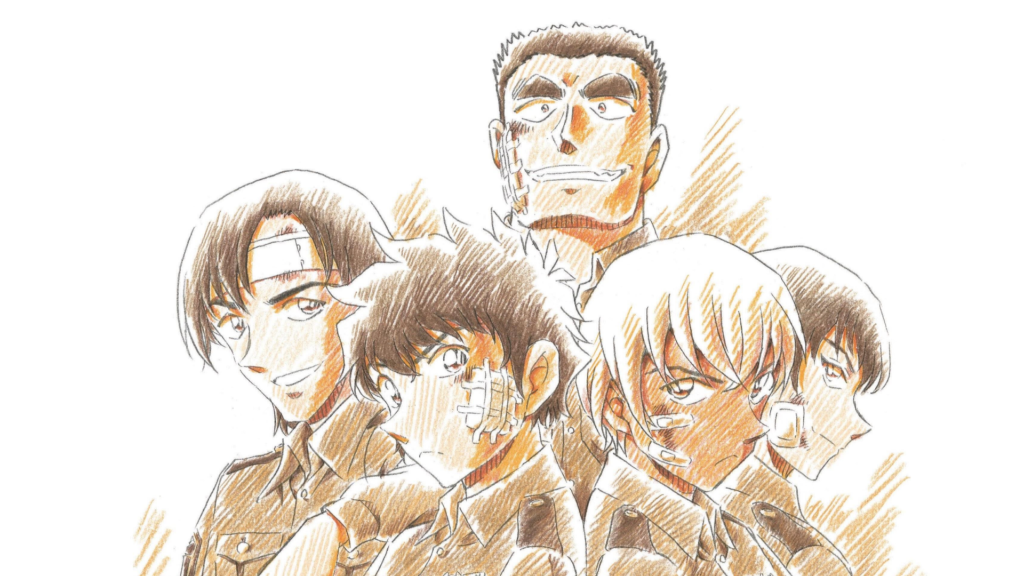 Detective Conan: Wild Police Story is holding a Q&A whereby fans are invited to ask original author Gosho Aoyama what they would “like to know” about the spinoff’s five main characters. These will be answered in a later volume release, but don’t bode good tidings for the long-running mystery series – either Aoyama has run out of ideas, or publisher Shogakukan hasn’t got a clue. Given the recent developments surrounding the series, it could very well be a bit of both.

Although it may seem all but impenetrable from the outside in, Gosho Aoyama’s Detective Conan is, slowly but surely, making its way towards a conclusion. Nevertheless, it has been on hiatus in Shogakukan’s Weekly Shonen Sunday for a while now, which has put the stops on any sort of potential plot development.

Shogakukan has attempted to keep the series going through various spinoffs and, of course, the successful anime film series, but things have been very haphazard on the manga front. Zero’s Tea Time came to a surprise conclusion last year, even though it was proving very popular, and was replaced by Wild Police Story, a spinoff focusing on Amuro’s time at the policy academy. The Q&A in question invites fans to quiz Aoyama about any one of the spinoff’s five main characters: Jinpei Matsuda, Wataru Date, Kenji Hagiwara, Hiromitsu Morofushi, and, of course, Tooru Amuro (taking on the alias Rei Furuya in the series). 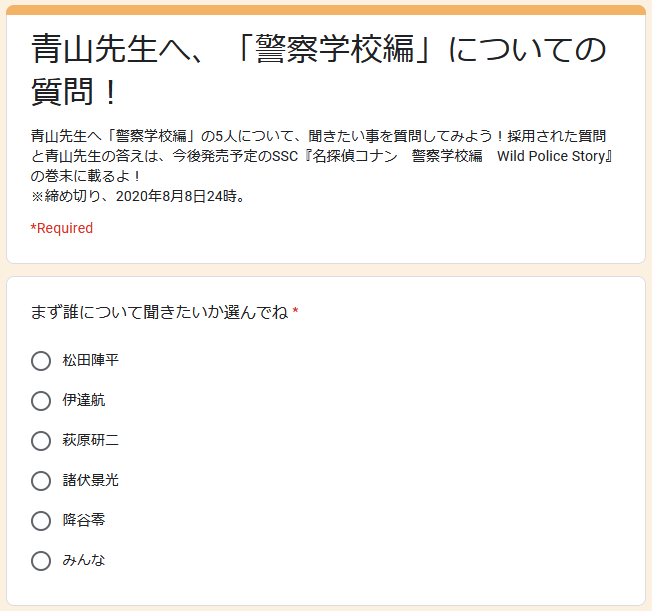 Wild Police Story’s latest Q&A has me all the more convinced that Shogakukan has no idea what to do with the series. Although it may just a marketing tactic, it also seems to function as a way for Aoyama and Takahiro Arai, who is actually drawing the series, to gather ideas. Wild Police Story is, after all, technically a prequel series – they have the freedom to do what they want.

At the very least, Wild Police Story’s fan Q&A does confirm that the series will be getting a collected volume release in the future, as the form says that any questions will be answered in an upcoming “SSC” – Shonen Sunday Comics. Still, I remain as worried as ever about the future of Detective Conan.