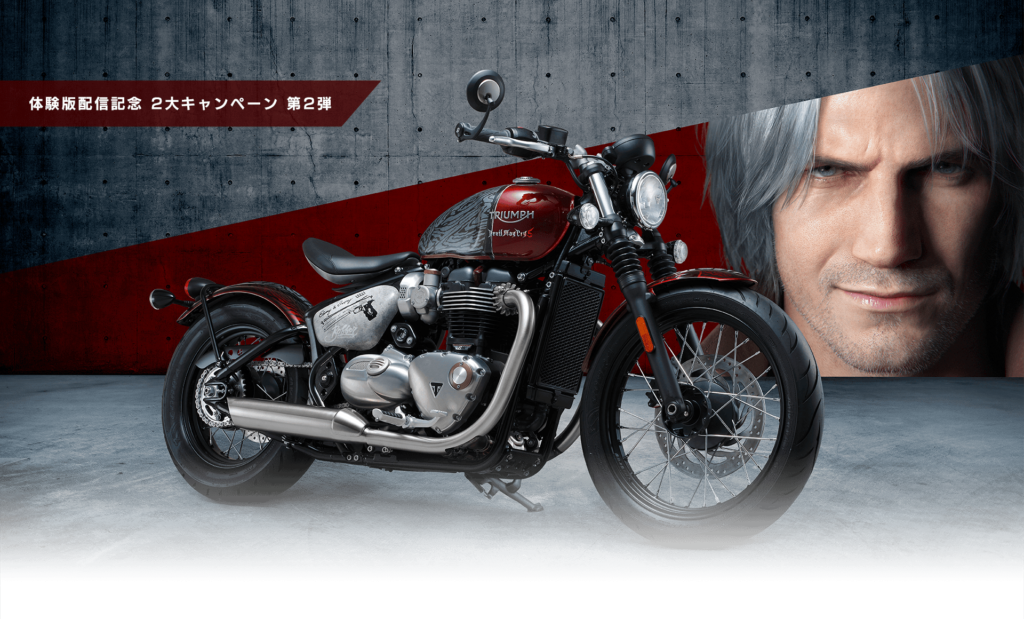 Several months ago I wrote about some seriously pricey Devil May Cry 5 merchandise, and more specifically, how it might just have been the wildest thing I had ever seen. But with all that money Capcom has been making from both Monster Hunter: World and Resident Evil 2 as of late, I guess they’re not afraid to splash (and make) a pretty substantial amount on their next best-seller. So while some leather trench coats might have been pretty wild, this absolutely takes the cake.

Teaming up with Triumph Motorcycles, Capcom is creating a one-of-a-kind Devil May Cry 5 motorbike as a real-world counterpart to Dante’s iconic ride. Aptly titled the “BONNEVILLE BOBBER Dante MODEL”, this upcoming collaborative motorbike is all part of a massive giveaway currently going on via the official Devil May Cry Twitter account. But while this is a Japan-only giveaway, even if you don’t ever get to lay your hands on it, you can absolutely admire the sheer madness that is this motorbike.

But while this may be a video game tie-in, this motorbike absolutely still packs a punch. Coming in at a massive 1200cc, the “BONNEVILLE BOBBER Dante MODEL” is capable of going from 0-60mph in 3.8 seconds flat. Though, I’m not sure just how much that’ll be utilized here in Japan. Of course, all this speed comes with a style that I’m sure Devil May Cry fans will appreciate, especially when it comes to fans of Dante.

Set to release on PlayStation 4, Xbox One, and PC via Steam, those interested in checking out further information on Capcom’s upcoming Devil May Cry 5 can head over to the game’s official website.