Devilman Was a Major Jumping-Off Point for Go Nagai 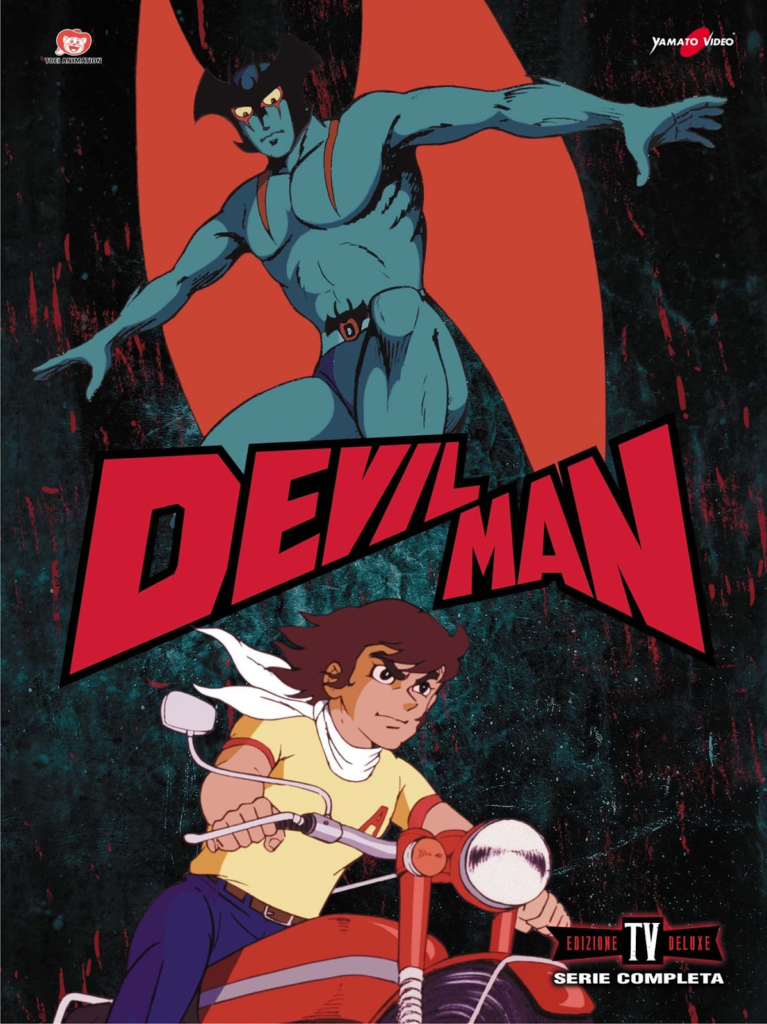 One of the most talked-about anime of recent years was Devilman Crybaby. Directed by Masaaki Yuasa and produced by Science Saru, it follows Akira Fudo as he comes to grips with his newfound dark powers after he is possessed by a powerful demon. This is a retelling of the original Devilman story, originally written by Go Nagai.

In the original Devilman anime, Akira Fudo is assisting his father on an archaeological expedition in the Himalayas when they’re both killed by demons returning to the human world. The Lord Demon is looking to generally spread some chaos, and three different demons are trying to be the one to do it.

Amon, or Devilman, is victorious among them and possesses Akira’s body. Given new life by Devilman’s power, Akira returns home and finds a new sense of power and vivacity. However, upon returning to his now-adoptive family of his childhood best friend Miki Makimura, Devilman/Akira has a change of heart and resolves to defend them against the encroaching demon menace.

Despite the Devilman TV series only lasting 39 episodes, it became very popular internationally, particularly in Italy, which inspired other animated adaptations.

From Demon Lord Dante to Devilman

Devilman was partially inspired by another work of Nagai’s, Demon Lord Dante. This is another property of Nagai’s that was rebooted more than once. The story generally follows a young boy, Ryo, who merges with a powerful ancient demon lord named Dante and must battle a satanic cult that was looking to summon Dante in order to fight God.

The series was adapted from Demon Lord Dante after Toei Animation approached Nagai to make an anime for Dante. Toei apparently wanted certain elements toned down, as well as the main character that was actually human more often than Dante, who is more often than not fused to a massive demon.

What if Devilman Was a Devil Lady?

In 1997, Nagai released Devil Lady, which is technically a sequel to the events of the manga. In the Devil Lady manga, it is eventually revealed that after the climactic final battle God wiped reality entirely and started over, which allows for the events of Devil Lady to take place.

The story focuses on Jun Fudo, who is either a teacher or a supermodel depending on whether you’re watching the anime or reading the manga. In both pieces of media, Jun is revealed to be able to transform into a Devilman, or in this case a Devil Lady.

In this iteration, demon transformation isn’t so much a result of possession as it is regarded as the next step of human evolution. In the manga, Jun runs into a litany of other Nagai characters, including Akira Fudo and Ryo Utsugi. There has even been a whole series of the manga where Devil Lady fights against and alongside another Go Nagai heroine, Cutie Honey.

Cutie Honey is a series wherein a 16-year-old girl discovers that she can turn into a busty heroine known as Cutie Honey, and on its face has little to do with the Devilman mythos.

Devilman Crybaby, as previously described, is a rebooted version of the original story. It more closely follows the manga than the Devilman anime, featuring the interplay between Akira and his friend Ryo.

Much like in the manga, Akira becomes possessed by Amon and becomes Devilman after Ryo takes him to a sex-and-drug-fueled party and starts slashing partygoers with a bottle because “demons are attracted to blood”.

The story then focuses on Ryo and Akira’s relationship as they try to expose demons and protect humanity. This particular story ends up becoming as apocalyptic as Nagai’s original story but was particularly notable because of the gonzo nature of the animation.

This series was released in 2017 to celebrate the 50th year of Nagai being a creator. And to pay tribute to the series of the 70s, the reboot features a remix of the original Devilman theme song, Devilman no Uta.

Devilman has appeared in several other Go Nagai properties, and many of his creations will appear in the manga of other characters. Just as Devil Lady features characters from Demon Lord Dante and Devilman as well as Cutie Honey, it’s been heavily implied that characters in Violence Jack are actually versions of characters from the series.

In 1973 there was a film released where Devilman fought Mazinger, a giant robot character created by Go Nagai. In fact, there was a whole OVA where many of Nagai’s characters crossed over with each other.

CB Chara Go Nagai World was a three-part series where Nagai’s characters interacted with each other in a “super-deformed” style, similar to the SD Gundam series. Devilman also crossed with non-Nagai character Cyborg 009 in 2015’s Cyborg 009 VS. Devilman.

Go Nagai’s characters seem to provide endless possibilities for permutations and reboots for the creator. His characters will cross over to different series and have implications in other settings, and because Devilman is one of his most popular creations, Akira Fudo will run into other Nagai creations very often. With the release of Cyborg 009 VS. Devilman and Devilman Crybaby, it’s entirely possible that we will see many more permutations of Devilman and Ryo and Jun in the years to come.