Revisiting Devilman Crybaby During the Apocalypse 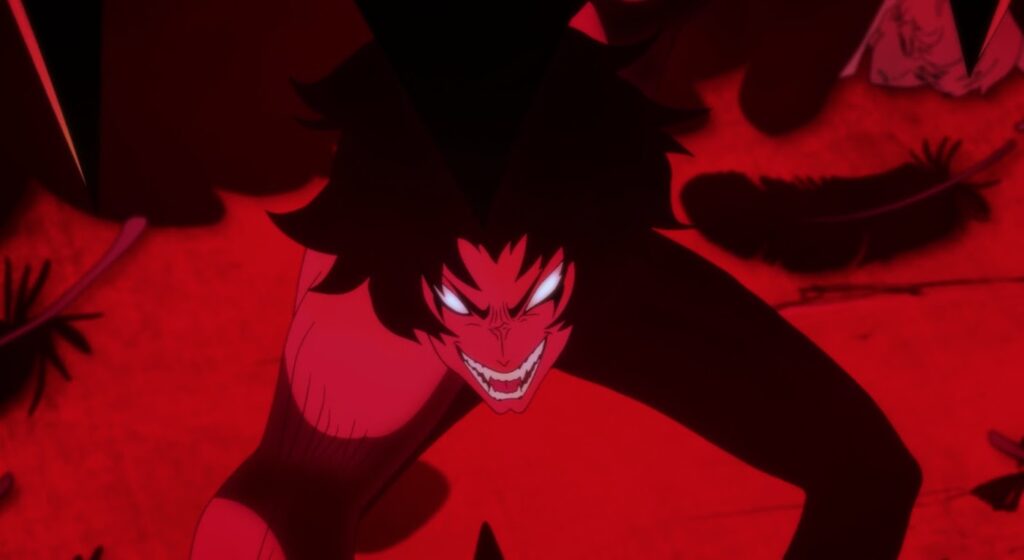 Things are tough right now for everybody. Calls for quarantine and isolation can be heard every day from friends, coworkers, and government officials. Combined with the ever-looming threats of everyday instances of danger, it’s hard not to feel pretty bummed out right now.

While some would point towards happy, pastel-colored anime to lift your spirits, I say nay. In times of trouble Go Nagai comes to me and lifts my chin towards a different set of apocalyptic circumstances.

The story of Devilman is one that would feel familiar to even those unfamiliar with anime and manga. The notion of losing autonomy to something else can be seen everywhere in pop culture and media. In this case, it’s a demon taking over your body and molding you into something else.

However, for the main protagonist Akira, the devil inside is mainly physical, allowing him to retain his soul. It’s the best of both worlds in a way, intense power that only a demon could bring, combined with Akira’s gentle humanity. The original story had strong anti-war messages woven throughout, and they still carry a punch in more modern times.

In January 2018, the world was reintroduced to Devilman through Devilman Crybaby on Netflix. The tale was pushed into modernity, with a soundtrack pulsing synth beats and neon lights. It was almost a shock to the system, turning on Netflix and seeing Crybaby pop up.

The show quickly became one of the most talked-about shows on the platform, let alone in the anime world. People couldn’t get enough of it. They were disturbed, scared, depressed.

The show managed to wrap everything up into one blood-soaked package. With a revamp of the iconic opening theme and sketchy gorgeous animation style from Masaaki Yuasa and his studio Science Saru, it was ready for a new era. People familiar with the story weren’t as shocked as others, rather surprised that the old tale got a retelling.

Most of the story was the same as the original Nagai Devilman. Akira Fudo, a gentle high schooler living with his friend and crush Miki and her family, is trying to navigate the usual in high school. All that is interrupted when trying to protect Miki from the advances of a gang, is reunited with childhood friend Ryo.

The story blasts off from there, with Ryo informing Akira about the existence of demons and eventually utilizing brutal violence to invoke them. In order to fight these demons, Ryo convinces a demon Amon to devour Akira, but the boy is too strong and it ends up going the other way. Amon possesses Akira, turning him into the titular Devilman.

Pushing away from the original story, it is no longer a mask that brings about the demon Amon, rather a rave where Ryo unleashes mass carnage.

The original Devilman design also got a bit of a makeover. Gone was the retro look of an almost superhero aesthetic from the classic series but closer to the original manga; he was fierce, he was angry, he was pretty hairy.

This “sabbath” is one of the most shocking moments of the anime, and it’s one of the first. The headache-inducing scene is a masterpiece of emotions, with the viewer crying with Akira, watching him as he tries to escape. But he fails and is devoured.

Akira now has all the powers of Amon but retains his humanity. From there we watch as Akira battles both demons and humans while trying to make sense of a world that seems to be disintegrating faster than ever possible. Throughout all of this, Akira and Miki manage to maintain a sort of hope for the future.

Ryo is revealed to be Satan, trying to win back the earth while vanquishing the human race that had destroyed the planet in his eyes. In the end, the evil seems to win as Akira and his friends die from the great battle that Ryo sparked from the very beginning.

It’s a poetic tragedy, watching as Akira throws everything he has into protecting the planet and even the humans that turned against him. He fights for those who hurled abuse at him and for those who attacked his friends. We want him to win, not for their sake but for his own.

For once, we just want Akira to be happy. For those who have seen the series throughout, it’s a known double-edged sword. Akira dies and loses his battle against Satan/Ryo.

But Ryo doesn’t necessarily win either. The clear losers are us, the humans on the earth who were doomed from the beginning. But for Akira to fight for those who wanted him dead turns the mirror back onto us.

Sure, the series isn’t as anti-war as its origins but rather, pointing the finger at us as a society. We’re the most dangerous parts, through xenophobia, racism, and violence. It’s this idea of retaining humanity through even the most brutal of times that hits even harder now than it felt in 2018. The news is constantly flashing with sadness and horror. The world we see unfold in Devilman Crybaby is filled with sadness and horror.

But somehow, watching it during these times might be a bit of the catharsis needed. It’s been shown that watching things that make one sad might be enough to trigger endorphin levels for a much-needed mood boost.

However, when it came down to it when everything felt hopeless, Miki had an important message for humanity. Faith in humanity was not a lost cause, and neither was love. She looked at Akira as a devilman not with disdain, but hope.

The humanity and compassion in Akira were stronger than any demon.

In the end, it seems as if humanity is lost, with Ryo/Satan waxing poetic and mourning the great tragedy he unleashed on the world. The only person he loved is dead in his arms, but the people Akira loved died long ago. We see as God sends down angels to wipe the earth clean of the demons and as far as we know, to start everything over again.

Because the world will start anew, there’s a gentle reminder that seems to go unnoticed if not paying attention. It’s this message that assures us that there isn’t going to be a season 2, nor should there be. It’s because this isn’t the first time the massacre has happened.

Satan tells Akira and the viewer that this has happened before, and why he is attempting to cleanse the earth.

It’s a cycle that is doomed to repeat because Ryo can’t learn his mistakes until it is too late. It seems reminiscent of humanity lately, constantly in danger due to our own mistakes. But Akira is there to prove both Ryo and us wrong.

That’s why now is the perfect time to rewatch Devilman Crybaby, a series so perfect it didn’t require a second season. It’s a lesson to us, that we can change our future as long as we have hope in not only ourselves but our fellow humans. We just have to be a bit more like Miki, not so much Ryo.

[Opinion] Is The Newly-Announced Ino-Oh Film a Project Too Far for Masaaki Yuasa?