Devilman and Hellboy Team Up in Demonic New Collaboration 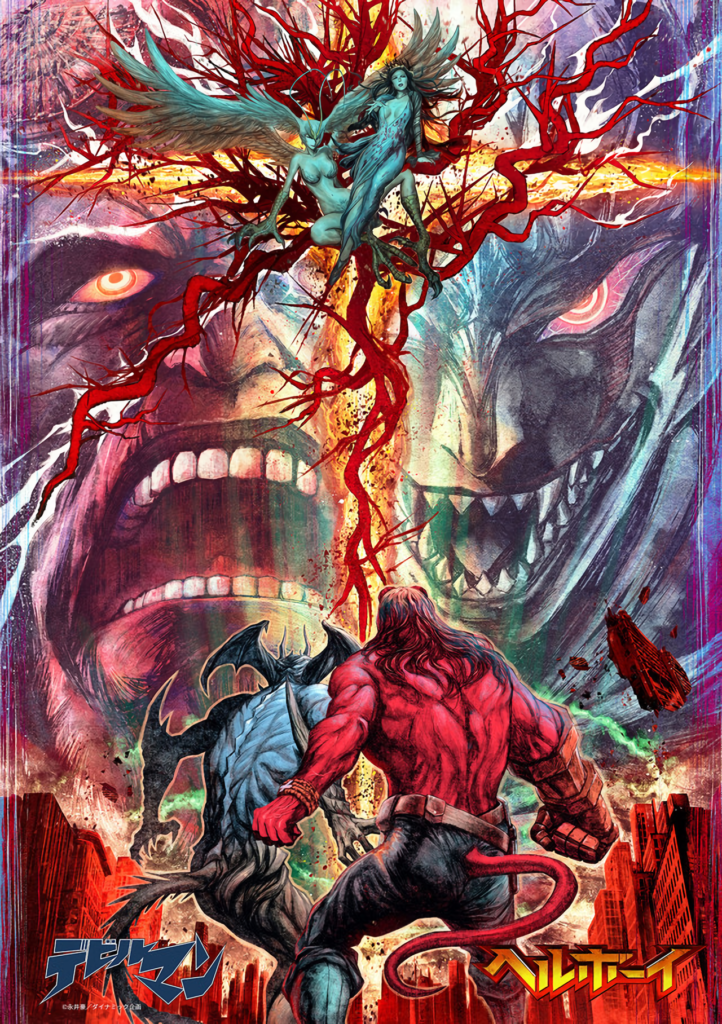 When it comes to demonic comics, there are perhaps no two more iconic series than Go Nagai’s Devilman and Mike Mignola’s Hellboy. While a solid two decades separate their inceptions in print, they have nevertheless both risen to become true icons of the dark fantasy genre – which is why their latest collaboration is absolutely perfect.

Released to promote the upcoming release of the new Hellboy live-action film by Neil Marshall in Japanese theatres, the above collaboration art between the Devilman and Hellboy series perfectly encapsulates the dark, demonic imagery of both properties.

Featuring the iconic characters of Devilman and Hellboy facing off against respective antagonists Sirene and Nimue on a backdrop of Christian imagery, gore and destruction, this collaboration art even has Go Nagai enthused about the upcoming Japanese release of the new Hellboy live-action movie.

In a comment released alongside the Devilman and Hellboy collaboration art, Devilman creator Go Nagai enthused ‘Dark and hard! These grotesque yet endearing demonic characters plunge without a second thought into strange worlds overrun by magical creatures and demons. A truly thrilling dark fantasy movie!’

Not one to lose out to his similarly demonic Japanese counterpart, Mike Mignola also penned a new illustration of Devilman and his character of Hellboy in his iconic blocky noir art style. 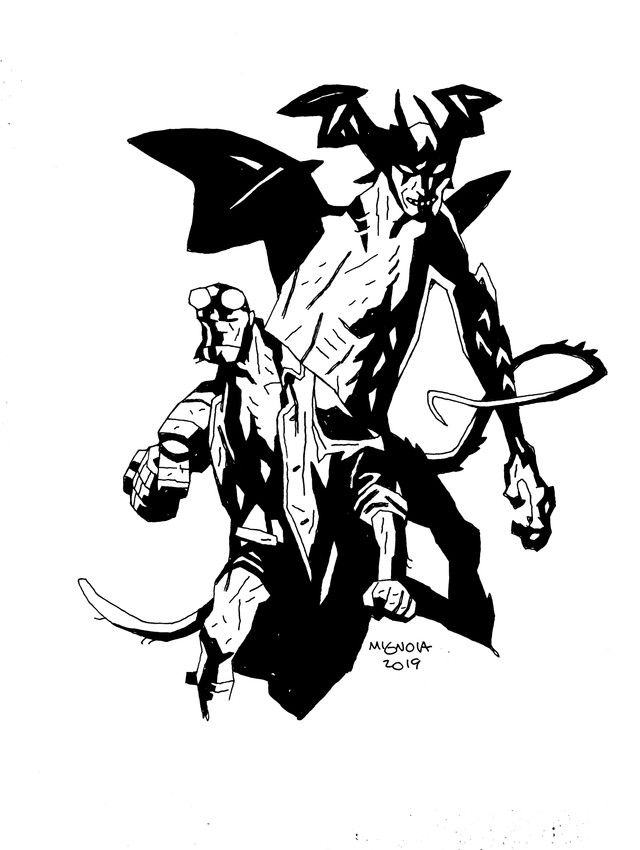 It’s quite clear that this Devilman and Hellboy collaboration has only come about in order to promote the new movie, but it’s still a match made in heaven. Not only do they share a similar tone and subject matter, but Devilman even feels a lot like a Western comic due to how many different artists, including Go Nagai himself, regularly do their own spin on the iconic property.

No amount of promotion or crossover material is likely to help the prospects of the latest Hellboy movie, however. Neil Marshall’s movie released in the West this April to negative reviews and meager box office receipts as it paled in comparison to the previous, Guillermo del Toro-directed adaptations – squashing any prospects of a media franchise in the process.

Still, we can enjoy this gorgeously demonic and twisted piece of collaboration art for what it is – a seriously awesome crossover. Devilman vs. Hellboy OVA, anyone?