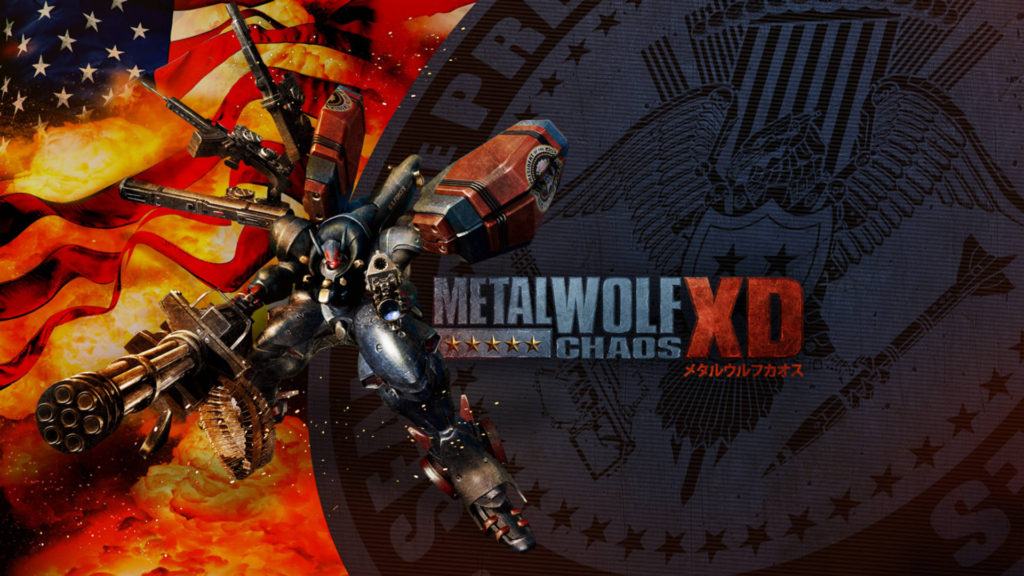 It was just a few days ago that we were speculating game publisher Devolver Digital’s involvement in something related to FromSoftware’s cult-classic Xbox title Metal Wolf Chaos following a simple teaser posted to their Twitter. Well turns out we were right, with the company today announcing a full-HD remaster of the game titled Metal Wolf Chaos XD, marking the franchise’s first time making it out of Japan. Made possible in parts because of both Digital Devolver and General Arcade, the title is slated for PlayStation 4, Xbox One, and PC via Steam.

The game looks, well, as ridiculous as I remember it to be; with all the cheesy lines hitting just as hard as they should. I’m sure the game is going to look great with 4k support and widescreen format support too. Oh, and did I mention the game is getting improved controls and an all-new save system to boot? Metal Wolf Chaos XD is described by Digital Devolver below:

The country is in peril as President Michael Wilson defends the nation against a full-scale rebellion lead by Vice-President Richard Hawk and the mechanized legions he commands. As the 47th President of the United States, it is your sworn duty to take your country back by any means necessary and end this unjust coup d’etat! Battle in your advanced mech – armed to the teeth – across iconic American landscapes including the Brooklyn Bridge, the Grand Canyon, and the front steps of the White House.

When the game was first released in December 2004 it was met with its fair share of problems that made it pretty damn inaccessible. For one, the title was Japan-exclusive and available only on the original Xbox. With how few Xbox units there were floating around in Japan, a staggering estimated 450,000 units by 2011, the player base simply wasn’t there in its home country. With that being said, the game steadily developed a cult-like following internationally over the years, with many falling in love with its ridiculously patriotic story and theme.

In releasing the game internationally in an updated format, Devolver Digital is finally allowing a new generation to experience the greatness that preceded FromSoftware’s other greats such as the more familiar Dark Souls and Bloodborne. Set to release at some point during 2018, further information on the game can be found via its official website.