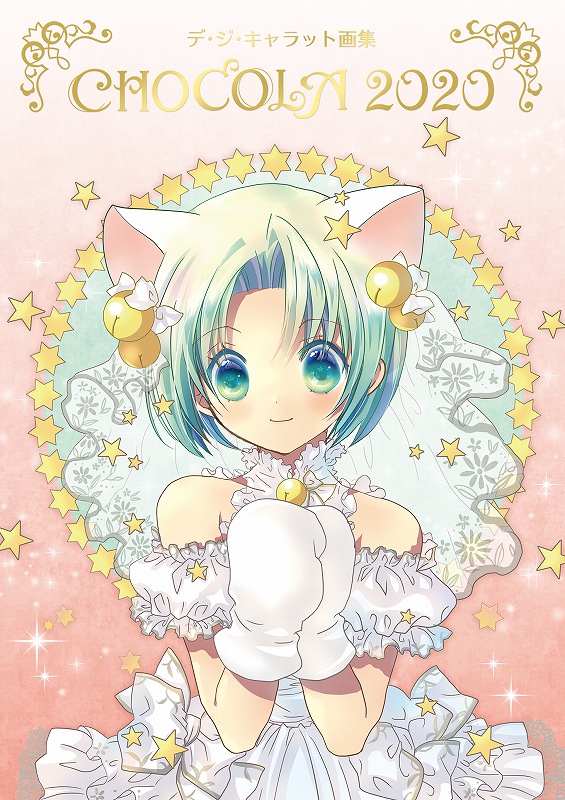 The book will feature illustrations by Di Gi Charat’s creator, Koge-Donbo.  These pictures are from throughout the history of the series.

There will also be new art of main characters Dejiko, Hikaru Usada/ Rabi-en-Rose, and Puchiko, (collectively called DUP in promotional material), and the Black Gema Gema Gang (the primary villains of the series).

Who Is This Catgirl?

The cute and feisty catgirl Dejiko started out as a mascot for Broccoli’s retail store chain, Gamers, based out of Akihabara.

Since 1998, she has appeared in many different publications, including manga and anime.

Her first manga appearance was in From Gamers, a magazine which promoted Gamers.

The first Di Gi Charat anime series featured Dejiko’s misadventures as a store clerk in Akihabara.  It was followed by a 2002 prequel, Panyo Panyo Di Gi Charat, and the reboot series Di Gi Charat Nyo! (2003), as well as numerous specials, and OVAs. 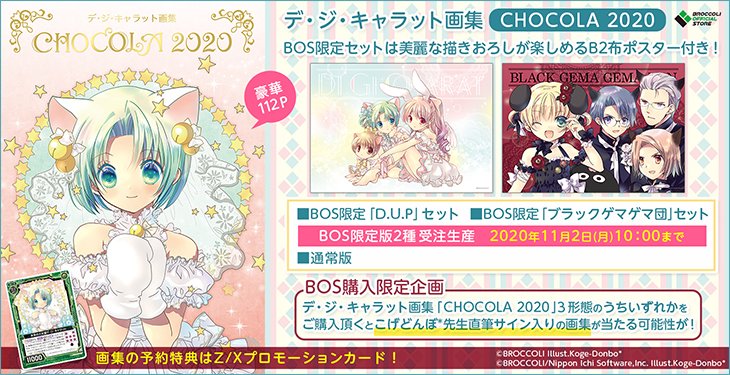 Broccoli is offering different options for buying the book.  First of all, the art book itself will cost 3500 yen, plus tax.

Or, for 23500 yen (plus tax), you can get the Gamers limited set, which includes the art book, a framed giclée print autographed by Koge-Donbo, and a can badge button.

All preorders of the book will include the “Future Great Actress Di Gi Charat” card for Broccoli’s collectible card game Z/X.

The deadline for preorders is Nov. 2. 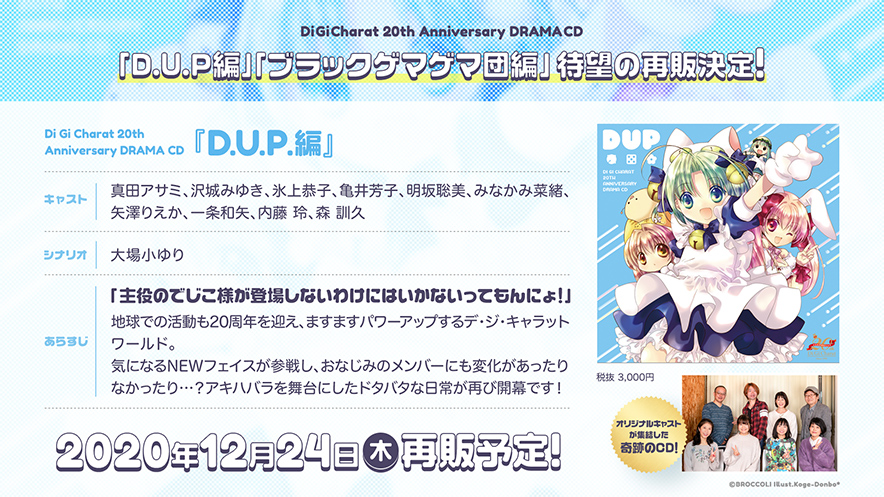