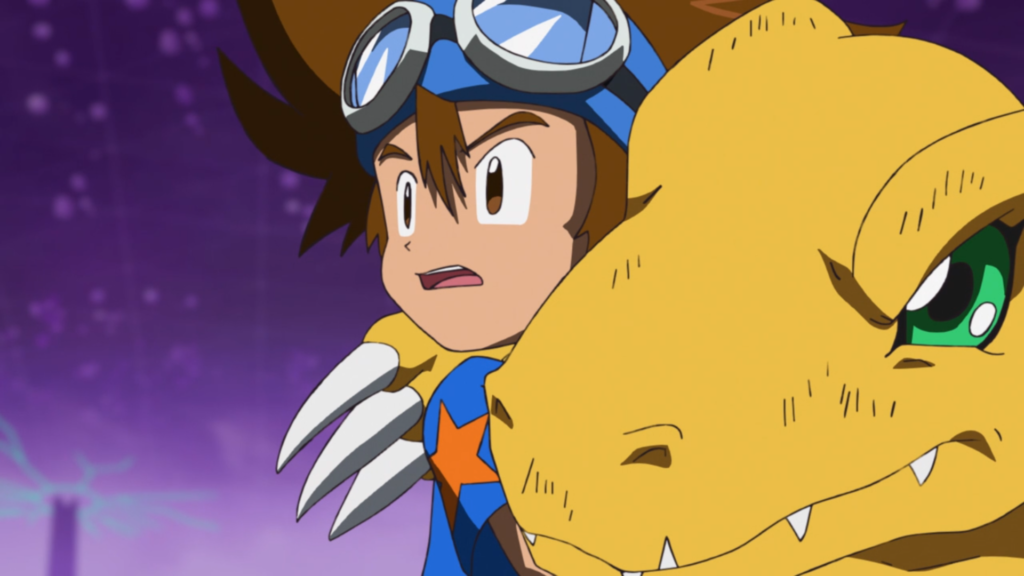 I’d say it feels like only yesterday getting to see all my old Digimon friends like Tai and Matt together for one last digital-monster filled excursion in the form of the surprisingly pretty good Digimon Adventure: Last Evolution Kizuna film. However with the global pandemic and all, each day feels like a week and every week feels like a month, and while I only saw that movie about six years ago it actually feels like it’s been years. Now that I’m stuck in my apartment living in pretend time, much like Goku and Vegeta whenever they enter the hyperbolic time chamber, it’s been eons since I’ve got to kick with Agumon and Gabumon. Thankfully, unlike the Olympics as well as a handful of anime and events, the surprise Digimon Adventure remake hasn’t been pushed back at all. Just a couple days ago Crunchyroll announced they would be streaming the new show each week as it aired and now we have the rebooted Digimon Adventure Episode 1 on our hands. 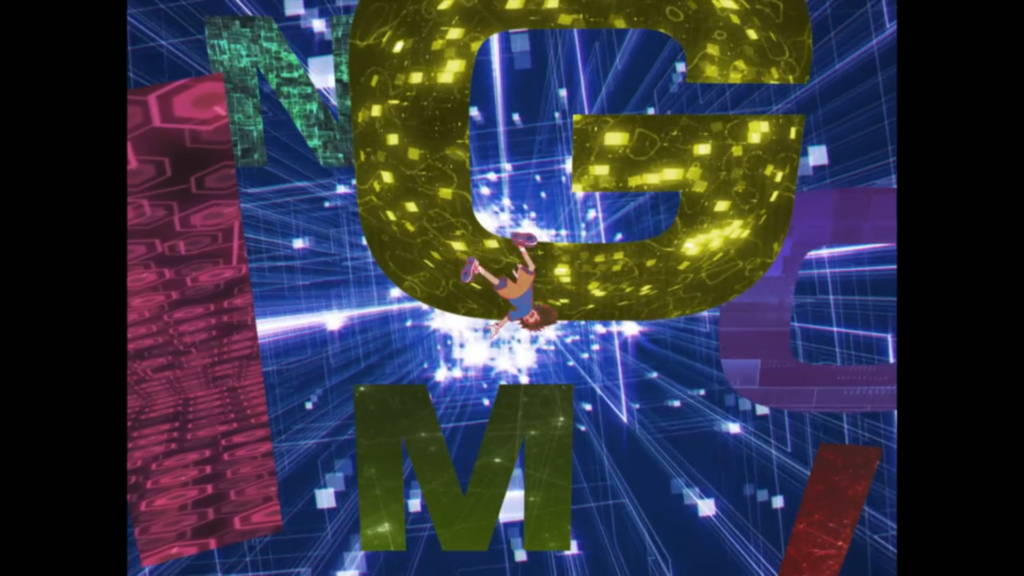 Normally I’m on to scoff at the constant remake and sequel culture nearly all forms of media have fallen into. When it comes to Digimon I just love the series too damn much to not allow myself to board that hype train back to the Digital World. Even so, there would be no point to a modernization of the original Digimon Adventure, what some (me) have called the greatest kid’s anime of all time, if it only played up the nostalgia without bringing something new to the table. A big reason why Digimon Adventure Tri and Last Evolution Kizuna were so successful, at least in my mind, is that unlike a certain other long-running kids monster anime where nothing ever really changes over 20 odd years, the characters were aged up and acted like they were aged up! A novel concept in the world of anime, though with this being a reboot the older Digi-destined were thrown out the window in exchange for the kids in a fresh coat of paint.

Thankfully the above shot, purposefully rendered in 4:3, clipped from the show’s opening is the closest Digimon Adventure Episode 1 got to directly referencing the original. Going off the first episode, audiences might be in for something different from what they remember and not in a bad way. For the set up of this new Digimon Adventure, the showrunners lean into the old just enough to get people’s interest in the form bringing back the fan-favorite cast once again. From there though it seems like they’ll be embarking on some new territory after all. While I’m not particularly interested in writing a giant list of differences between the show on the original, one giant difference in approach to the show is sure to lead to a decidedly different experience as the show goes on. 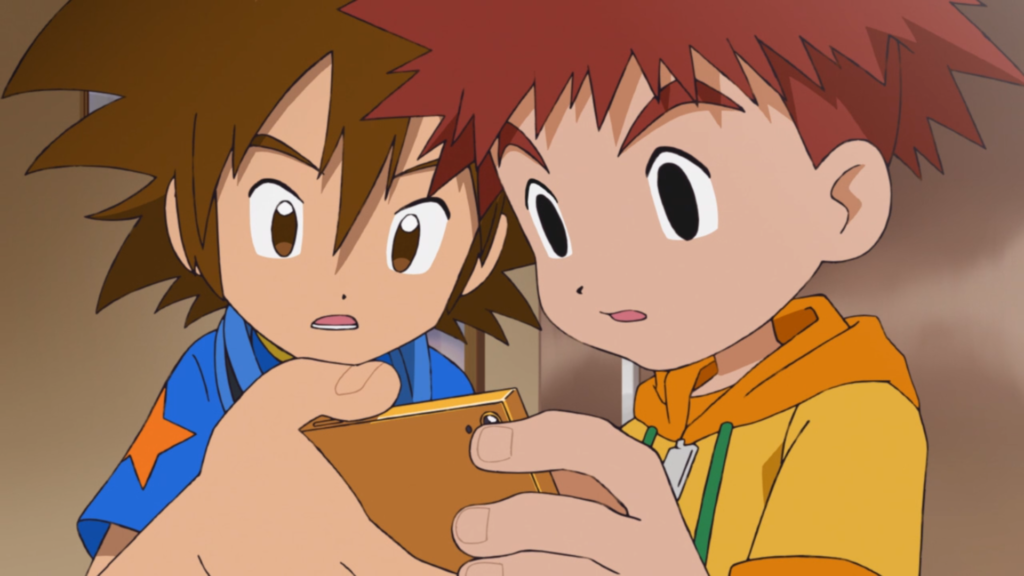 Like Adventure Tri before it, despite being a reboot Digimon Adventure Episode 1 is keenly aware of itself as a piece of Digimon Adventure, and not in some convoluted Rebuild Of Evangelion plot way. The people who make Digimon correctly identified that the biggest selling point in the show was always the friendships, both between the Digi-destines and the individual kids are their partners. Unlike its predecessor, instead of slamming the whole group of kids right into the thick of it this episode only features two of the eight Digi-destined and one partner Digimon! It seems to me this time around Digimon Adventure will take its time building up these relationships and partnerships which I welcome. To that point, I found the scene where Kotaro (Izzy) introduces himself to Taichi (Tai) quite cute; Nothing groundbreaking about it but the awkward doorway hello was played out with enough charm to hit right.

Speaking of charm, the show looks really darn good. Basically taking the original character’s designs and touching them up just enough so they’ll look good with modern animation techniques, Digimon has never looked this good on the small screen. An old school look that pops with bright color and animation ten times more fluid than all the early 2000s Digimon anime, it’s a joy to see the cast so vibrant. Whether you’re watching small conversational scenes like the one above or you’re taking in the first big fight Digimon Adventure Episode 1 offers up, Toei Animation keeps the cartoon competent. I guess they’ve learned from fan reception to the early Dragon Ball Super and Sailor Moon Crystal episodes, and I’m so relieved we don’t have another situation like that on our hands. 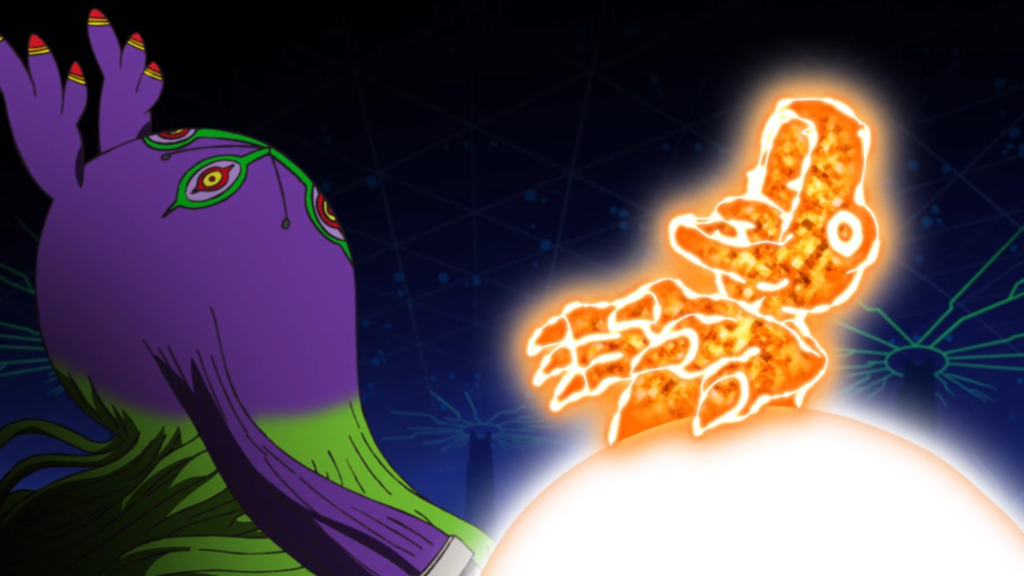 So far we haven’t been swept up into the meat of the story yet, but we do get briefly introduced to the Digital World. This go around, it’s a lot more “capital I” Internet looking, closer to the Digital World of The Digimon Movie than the TV Series. The preview of Episode 2 hints at a certain Digimon from that classic movie making an appearance too. Honestly, I can’t wait to see what happens next. Digimon Adventure Episode 1 wasn’t the best first episode to a show ever but I’m definitely in the ‘pleasantly surprised’ camp. For the fourth reiteration of the Digimon Adventure franchise, and the first full remake, there was a soul and awareness to the start at least that makes me think the show will be worth watching for more than just nostalgia reasons. As a last thought for now, while he didn’t appear in the episode the Yamato (Matt) focused ending has me tantalized for his role in the show considering they’re putting all the character relationships under the magnifying glass.

You can watch Digimon Adventure Episode 1 on Crunchyroll now.