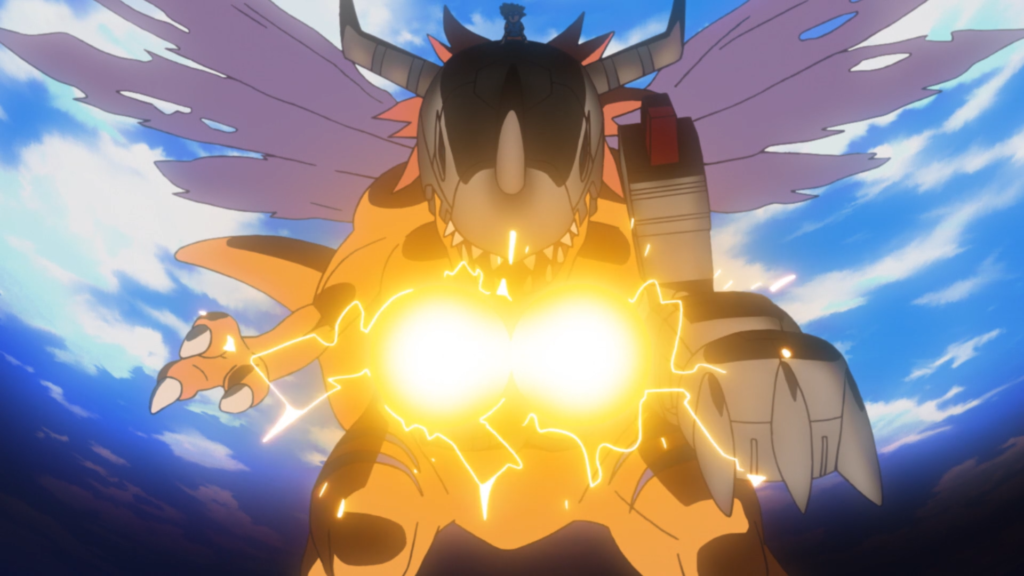 The last episode of the 2020 Digimon Adventure reboot gave us a lot of creature bashing action, but some surprising characterization for the baddie Ogremon who we hope just won’t be a monster of the week villain. Episode 9 ended with a bigger, badder foe showing up and decimating everybody which brings us to the beginning of Digimon Adventure Episode 10.  6 of the eventual 8 digi-destined are together but their digital friends can only evolve up until the champion level! Whatever will they do when they encounter their first ultimate level monstrosity shows up? With the last episode ending on this cliff hanger, you should probably know how this episode went instinctually; Taichi and Agumon get their butts handed to them but at the last five minutes Agumon’s able to somehow unlock his ultimate potential. 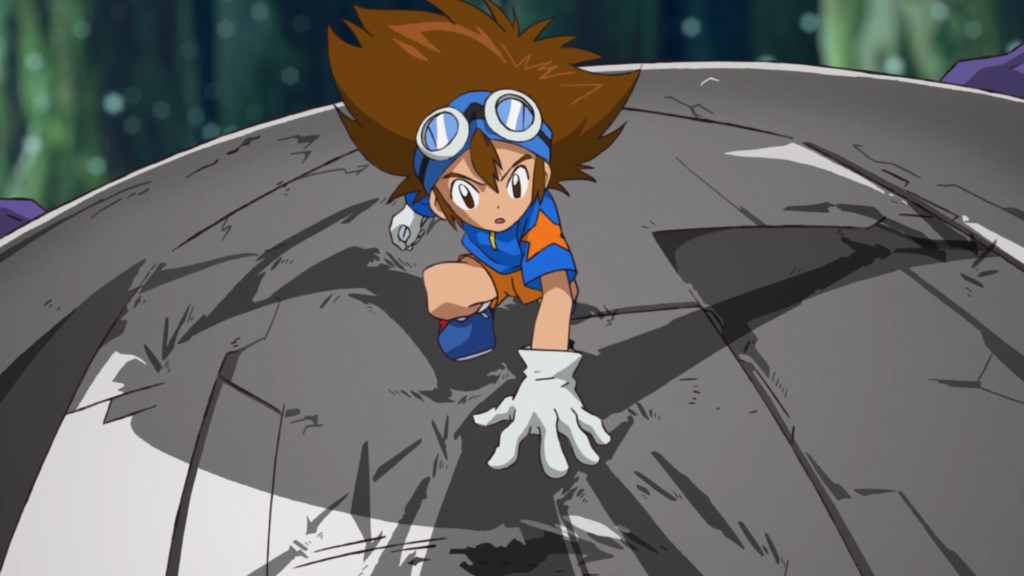 Before we pick up with the episode, it’s worth touching upon the core of what Digimon Adventure is and what you should be expecting from it now that we’re 10 episodes is. Ultimately this is, at the end of the day, a kid’s anime meant to sell toys, games, and cards and despite being a full-on remake it’s probably better off being like this instead of Nostalgia. We got that with both Digimon Adventure Tri and the stand-alone Last Evolution Kizuna film earlier this year. Some might be disappointed to the show delve into a very standard formula but you’ve got to be willing to meet an anime on its own terms. You can’t come here expecting Utena or Evangelion, but you can demand that when the shows dips into ‘big monsters go boom’ territory it does a good job of it. 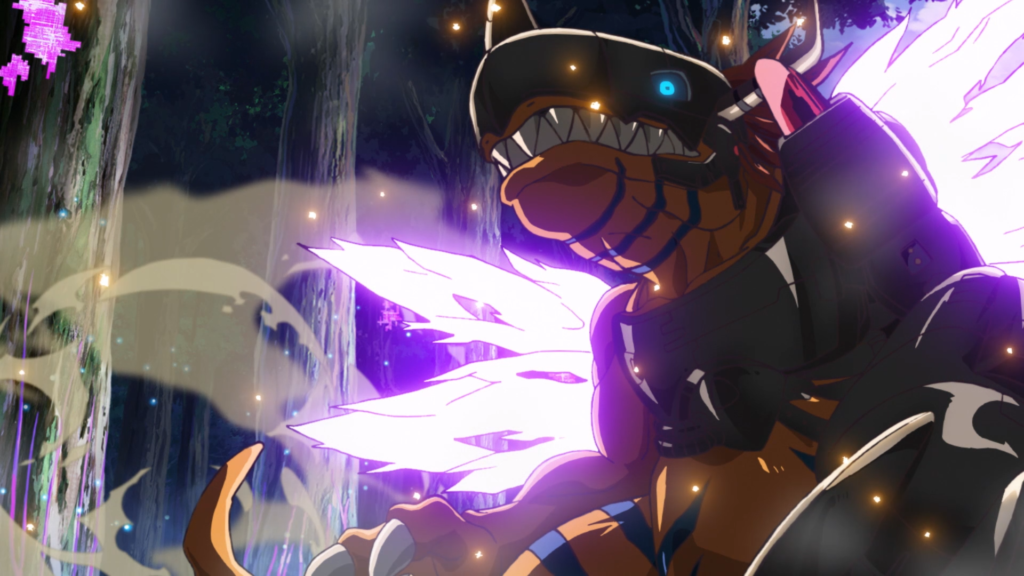 To Digimon Adventure Episode 10’s credit, it does a damn fine job when pitting one robot dinosaur guy against another. When Greymon, who was Agumon of course, reaches his ultimate level evolution Metal Greymon the entire show kicks into high gear. Instantly it sifts into more detailed and higher quality animation that’s downright lush when paused or in motion. This hyper-animation and its particularly visceral shots only lasts a couple of minutes as Metal Greymon and Metal Tyranomon duke it out, but it’s a hell of a two minutes to behold! Outside of its movie and special short entries, we’ve never seen pocket monster battles ever look this good on the small screen. 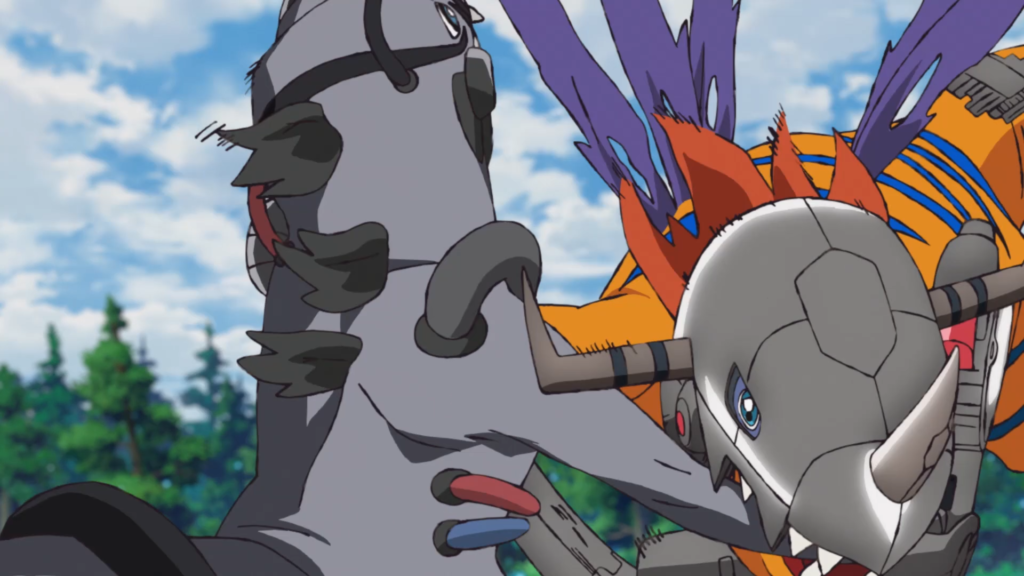 So now we’ve gotten two action heavy Digimon Adventure episodes in a row. This one wasn’t a complete knock-out but the pay-off at the end of Digimon Adventure Episode 10 is certainly worth it. Now that we’re past the introductions for 6 of the eventual 8 digi-destined, I hope we get some episodes soon that really focus on the bonds between these characters. I hope they mix it up too! Taichi and Yamato are the focus points for sure, but I hope to see each member develop some kind of individual repor with one another. What happens when Koichi and Matt hang out? Mimi and Taichi/ Joe and Sora? The original’s show’s strength was the friendship between the kids and I’m ready to see that aspect taken to new 2020 places.

You can watch Digimon Adventure Episode 10 on Crunchyroll now.