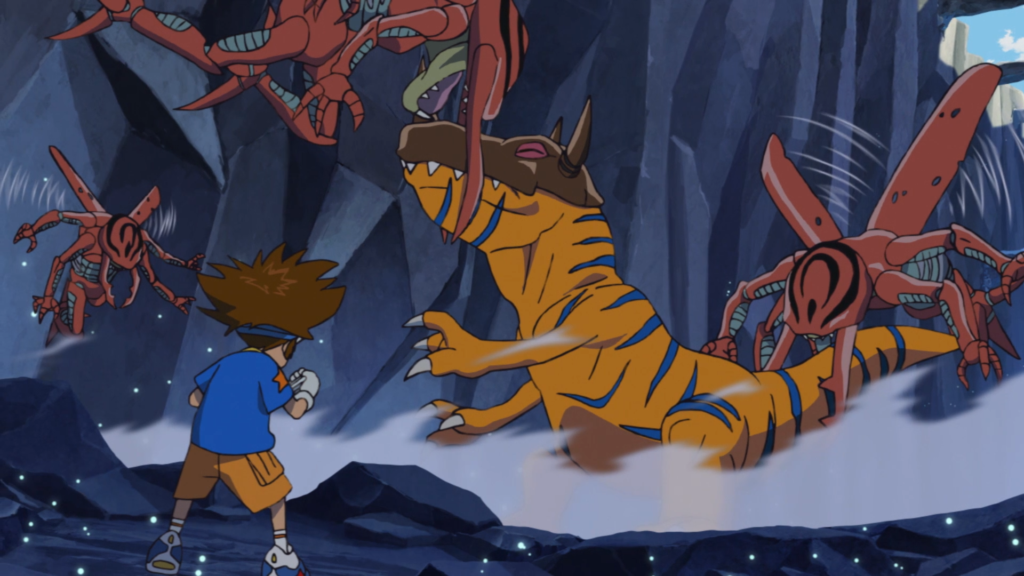 In this lastest swathe of episodes of the 2020 Digimon Adventure reboot have had each character and their partner Digimon procedurally reach their ultimate digivolution at the rate of one per episode. Some of these have been quite memorable one-off episodes showcasing this anime’s potential as a noteworthy part of the franchise. Others have been not too bad, but nothing you’ll carry with you after watching it. All in all, it’s been repetitive. Digimon Adventure Episode 14 is somewhere in the middle of those two ends, but there’s some added sugar for long time Digimon fans in this one. 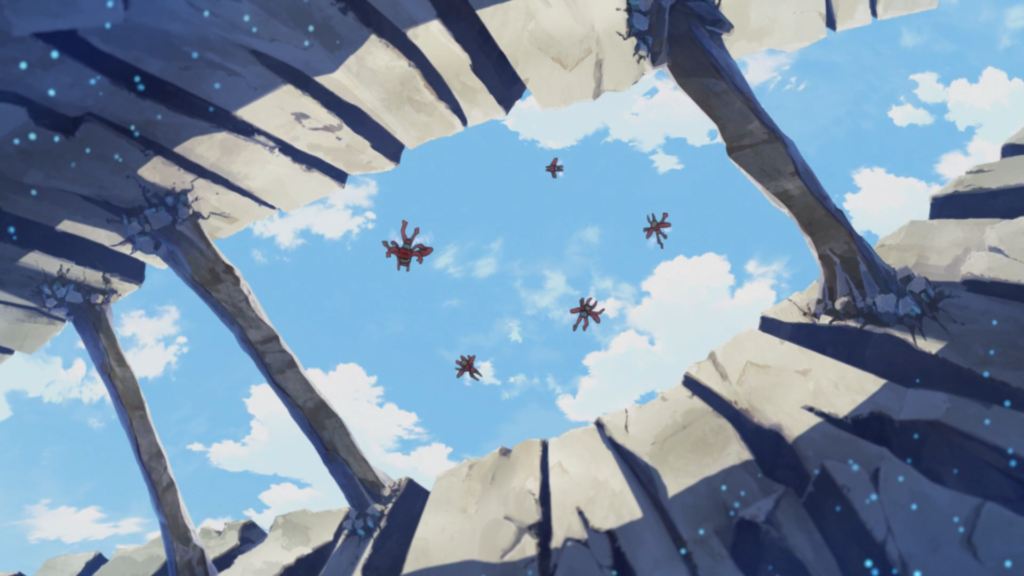 Digimon Adventure Episode 14 is just filled with monstrous bugs that are out for the kill, but ones that might up the Digimon nostalgia factor for some. See, the giant red insect kaiju zipping around are Kuwagamon, who holds a very prominent spot in the annals of Digimon history. In the very first episode of the original Digimon Adventure all the way back in 1999, the big bad who attacked Taichi, Yamato and the gang was in fact the fearsome and visually intimidating Kuwagamon! This episode ramps it up by throwing in a digivolved ultimate level Ookuwamon who about 5 times the size of your average Kuwagamon just to raise those stakes. 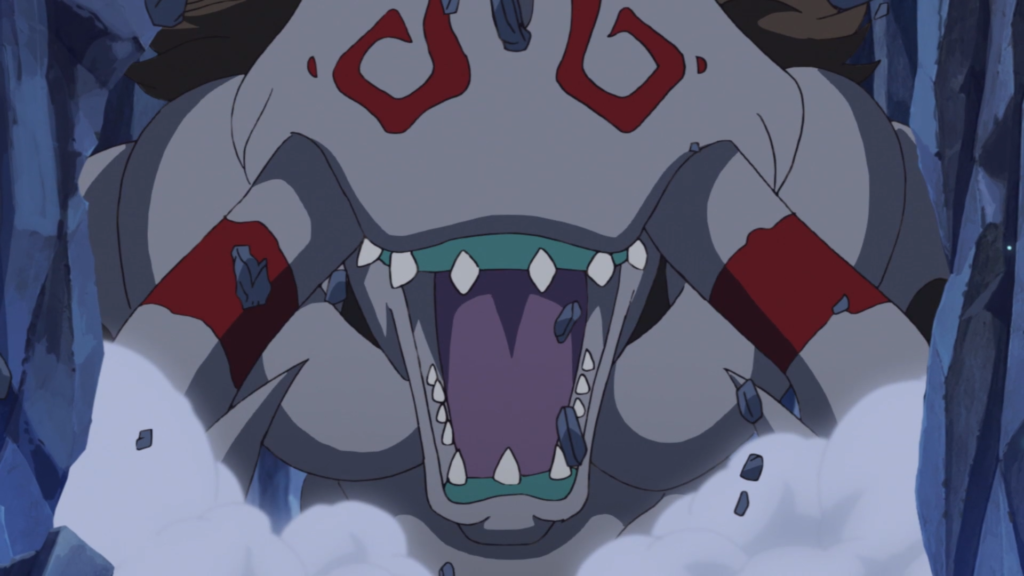 Digimon wouldn’t have remained in people’s hearts all these years if it wasn’t for its human element that set itself apart not only from other kid’s monster shows but kid’s anime in general. Thankfully, Digimon Adventure Episode 14 gives us a taste of that most endearing quality once again, this time with resident wiz kid Koichi. When his trusty laptop can no longer receive a signal, he’s unable to do the analysis that so often helps his teammates to victory. Feeling incompetent and inadequate, he’s at a loss with himself which is especially inconvenient when being attacked by gigantic beatle creatures who want to thrash you into the after-realm. The introspection here only goes so far, but it serves as some nice grounding and characterization for Koichi. 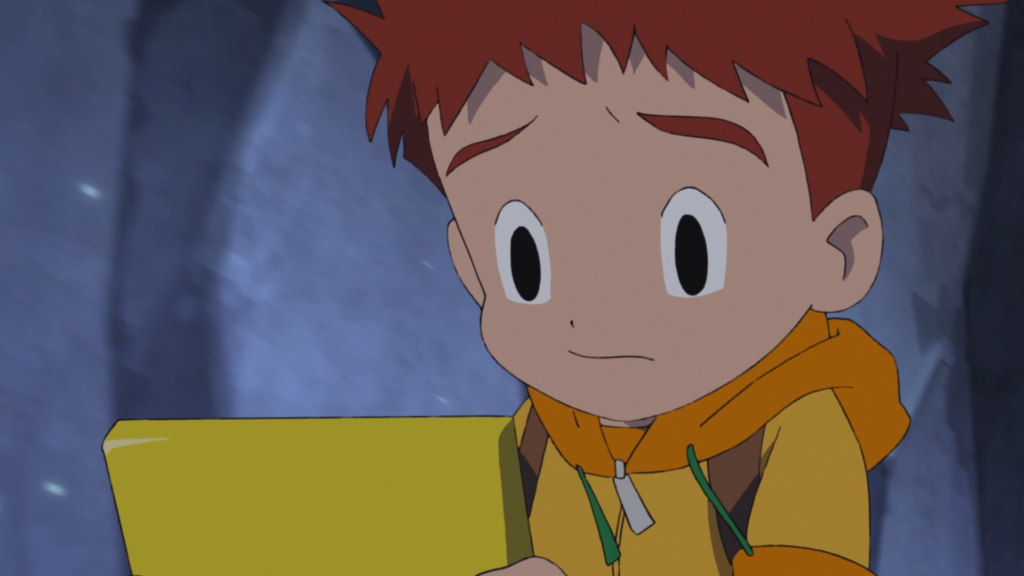 After Koichi’s inner turmoils come to a resolution, the fight is back on. How do you fight off a bunch of giant bugs whose’ pincers could cleave you in a second? Why, with an even bigger bug that has boxing gloves on for an added punch! As all these episodes have resolved with x Digidestines’ y partner Digimon reaching their ultimate digivolution to become z Digimon, the same happens in with Koichi and Tentomon in Digimon Adventure Episode 14. We see the return of AlturKabuterimon, who old-school fans will know has MegaKabuterimon,  who unleashed giant energy pincers from his face to save the day. All predictable, but it’s a good shot. 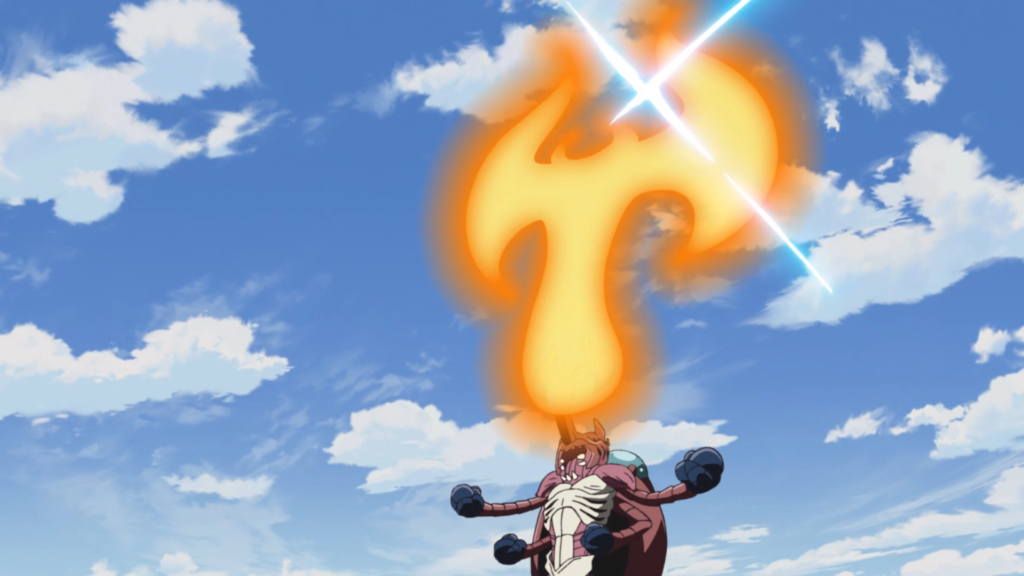 Just one last thing to note, Digimon Adventure switched up its ending song with this episode. Our newest tune is provided by Reol, which is very much a pleasant surprise. Not often the worlds of digital monsters and net pop inspired music come together, and the subtly stylized animation is pretty cute too! 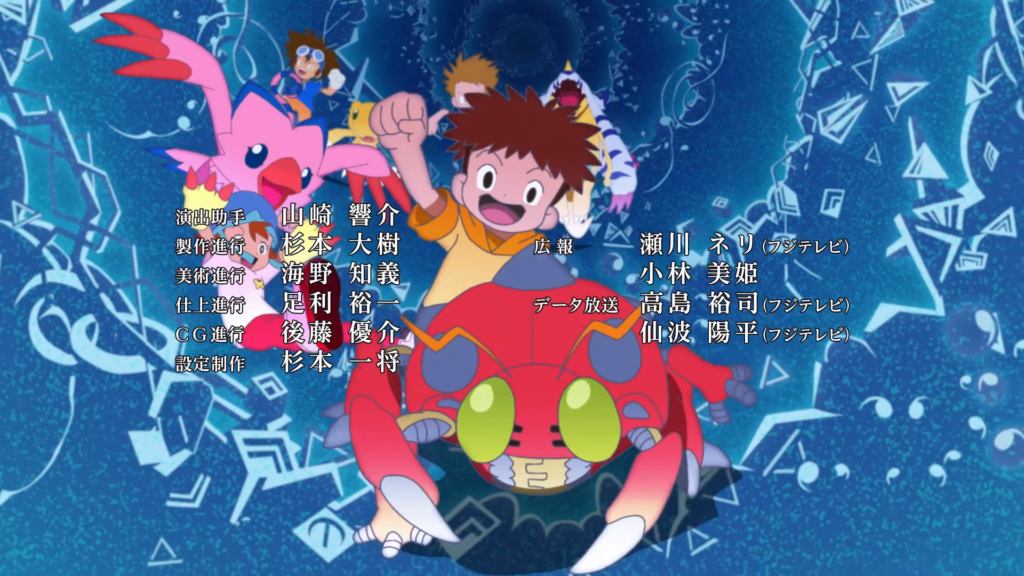 You can watch Digimon Adventure Episode 14 on Crunchyroll now.