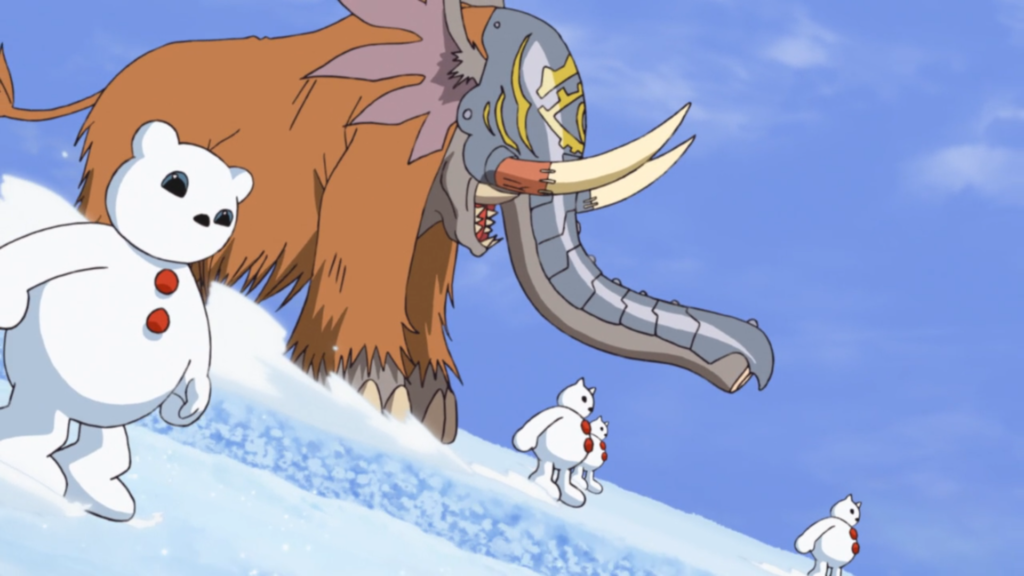 I’m trying to keep up my optimism for the 2020 Digimon Adventure reboot series. By no means has it been bad, and a few of the episodes have really impressed me so far. However having spent roughly three decades on this earth, even if Digimon has stayed with me for the majority of my life, warm nostalgia alone isn’t enough to overlook its episode to episode lulls. On one hand, expecting that much from a kid’s show is a little ridiculous but Digimon has always delivered in the past and there are sparks of what’s made the franchise such a great one here! We’ve been stuck in a particularly formulaic series of episodes these past weeks as each has a digi-destined and Digimon partner team reach their Ultimate Digivolution. Thankfully, Digimon Adventure Episode 15 is the last of those. 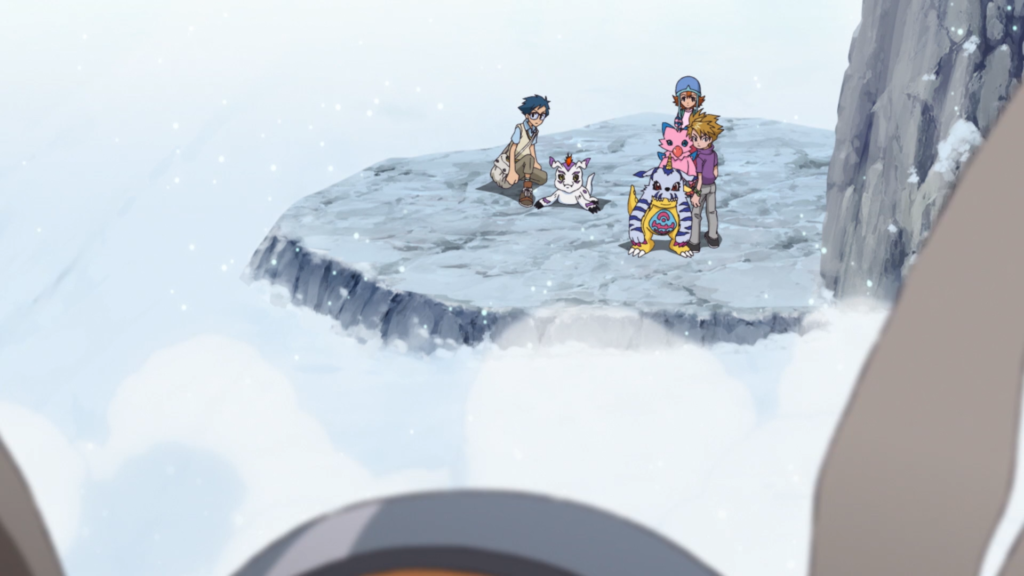 We see Yamato, Sora, Joe, and their partner Digimon as a giant Wooly Mammoth looking Digimon called ‘Mammon’ and Yukidarumon, evil snowmen, attack the split group. By process of elimination, and by watching the preview at the end of last week’s episode, we know going in this one’s going to center around Joe and Gomamon. Digimon Adventure Episode 15’s pretty far removed from the slowly brewing plot, as everyone just trying to survive an assault from these snow dwellers. Everything happens exactly as you’d expect; The gang gets almost beaten but nervous joe over here shows some backbone at the end of the last second which allows Gomamon to Digivolve to Zudomon and take out all these frigid nasties. 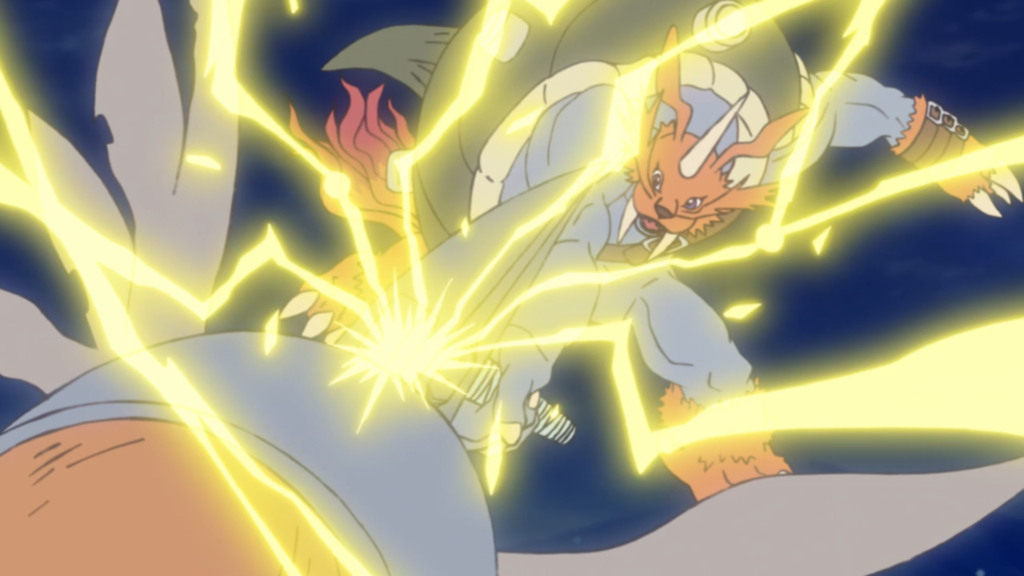 One small but nice touch the Digimon Adventure reboot has going for it is that the Ultimate digivolutions are all animated in a different way, opposed to using a stock template background sequence and swapping in the characters like the series has always opted for. The best so far was Mimi’s Lilimon who has a full-on Sailor Moon style transformation sequence! Zudomon’s isn’t too bad as for a few seconds the animation gets all rough and, for lack of a better word, Studio Triggery. This alone isn’t enough to make Digimon Adventure Episode 15 stand out but looking at the bigger picture, it’s nice some of the people involved in this production care enough to give the fans some flare along the way. 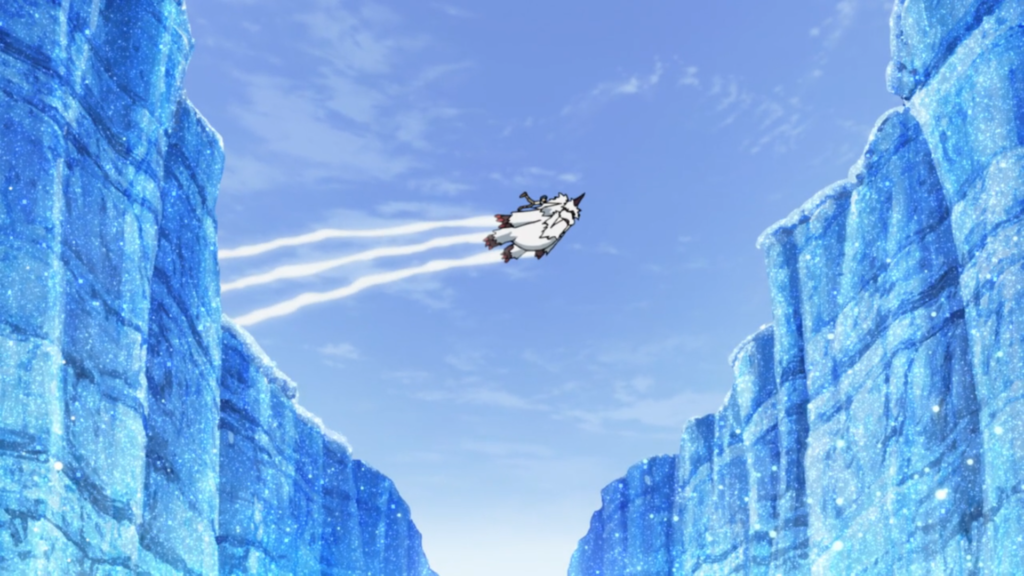 In further defense of Digimon Adventure Episode 15, the glacial setting does provide for some nice shots and imagery. All along, this anime’s really delivered in the stunning background department which has made watching it fairly pleasant. Though, as any long-running Toei Animation show does, at times the character animation dips into MS Paint territory and unfortunately, we hit that level here. It’s not really worth complaining about as the original Digimon often got ugly. However, one could assume that even the animation team’s tired of creating this rote ultimate evolution formulaic episodes because it shows in their work itself. We do have a twist ending here that absolutely shakes up the paradigm of what we can expect in these next episodes going forward, so I’m cautiously optimistic for next week’s episode.

You can watch Digimon Adventure Episode 15 on Crunchyroll now.