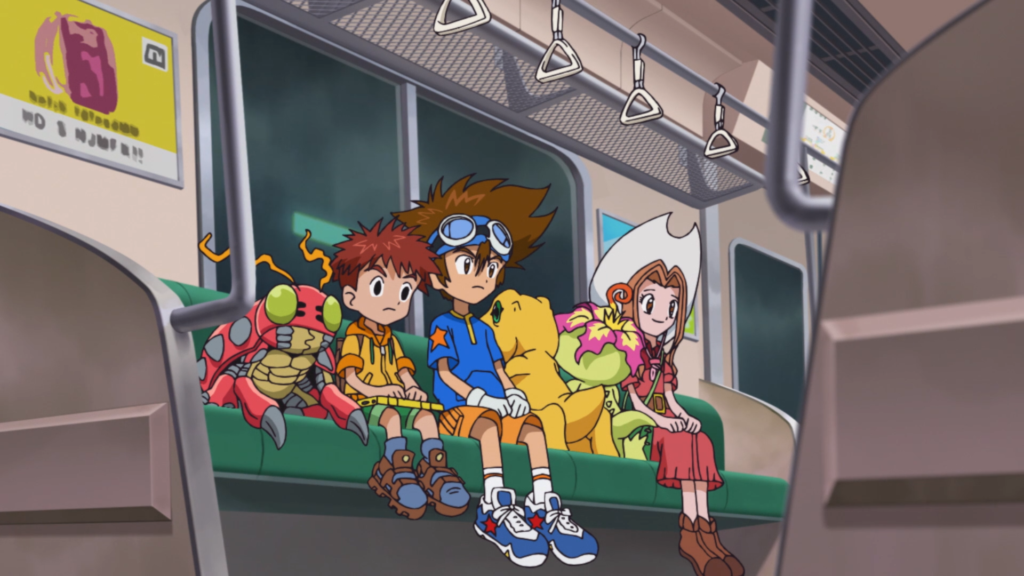 Digimon Adventure Episode 16 is everything I’ve been wanting out of this Digimon Adventure reboot; Fully tapping into the series’ potential while still dipping into entirely new waters. After a most disappointing swathe of episodes that followed a basic formula where each Digimon would reach their ultimate Digivolution at the rate of one per episode, the 2020 reboot is getting back on track into telling its story. What always separated Digimon from the rest of its ilk was its stakes, love of its own characters, and willing to take itself seriously enough to get daring despite being kids entertainment. Episode 16, which brings the Digi-Destined back to Tokyo, sees the reboot take some leaps not just with its plot but its atmosphere and artistry as well. 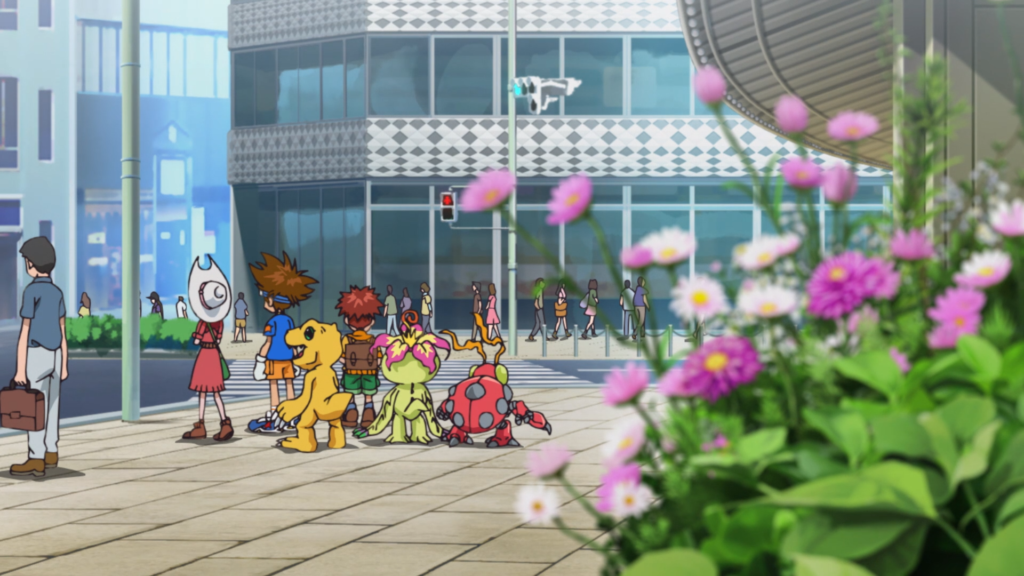 We get a lot of character and scenic exposition at the beginning of Digimon Adventure Episode 16 and it’s all quite charming. The relief on the kids’ faces knowing they can once again take showers and eat Avocado Cheeseburgers, no we won’t be making a Millenials joke here, permeates through the shows’ direction. The partner Digimon’s wonder in seeing the human world for the first time is also the pretty cute cherry on top. Among my complaints with the reboot so far, which don’t outnumber my compliments yet, I didn’t realize one of the things the show was missing was shots of Agumon on the Subway. Simply delightful, though you’d think back in the real world people would be concerned with these little dinosaur guys walking around… 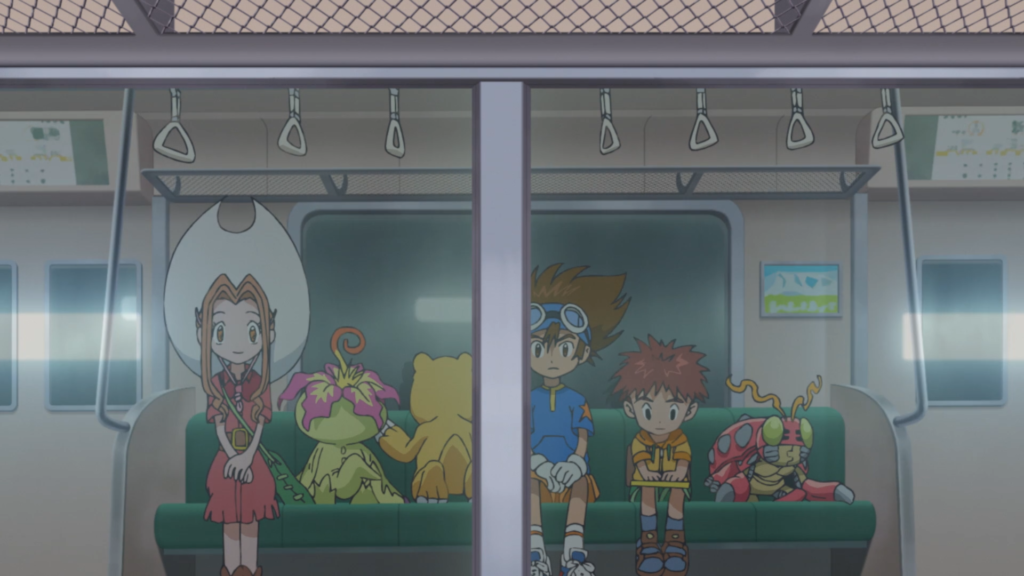 The show allows for enough time to pass for that the eerieness to slowly settle first opposed to it just spoonfeeding you the fact that, yeah, they’re not actually back in Tokyo after all. While the twist in the episode is guessable, it still plays out with some genuine uncomfortability that even more ‘adult’ anime might not opt for. We wouldn’t call this capital h horror but it ends up playing out like a Twilight Zone episode before switching back to its monster of the week format. Digimon Adventure Episode 16 is genuinely creepy and it didn’t have to be, without overstepping any boundaries! A small accomplishment if you ask us. 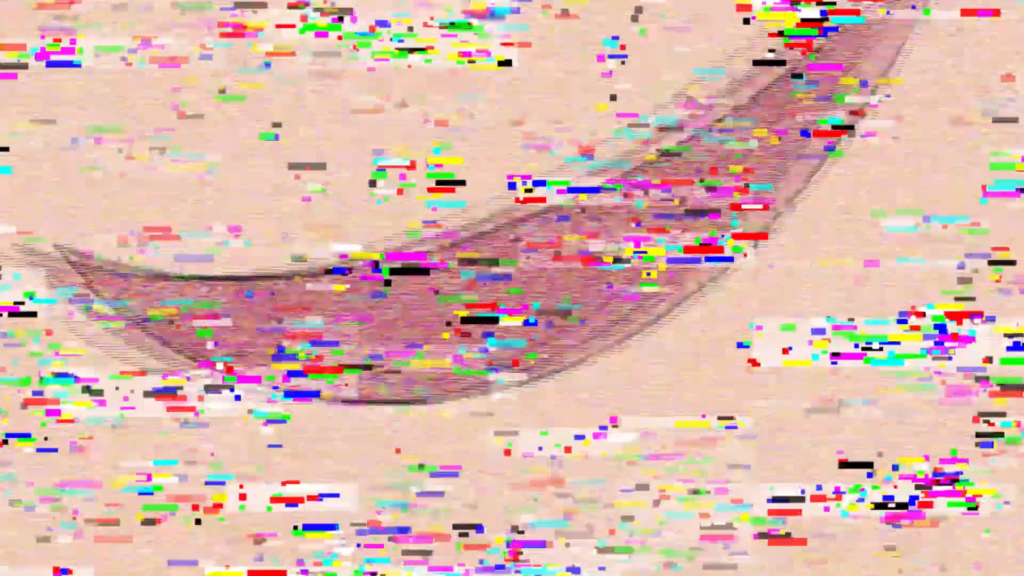 Even this week’s big bad though is the most interesting since the first few episodes of the show; Just dubbed Eyesmon, it’s a swirling darkness with a near-infinite amount of eyes that bubble to its surface. Digimon Adventure Episode 16 really does fire off every cylinder, from veering into unexpected territory to handling its more tried and true aspects with some extra consideration. Again, a perfect comeback after a stretch of mostly tired episodes. What was most exciting about this one was how well it works as a standalone, easily one of the two best episodes so far and undoubtedly most interesting, and yet it clearly leading into the next arc of the show. If the next few episodes are nearly this good, we’ll be extremely pleased. It’s you’re reading this but haven’t been watching, it’s the perfect hopping on point. 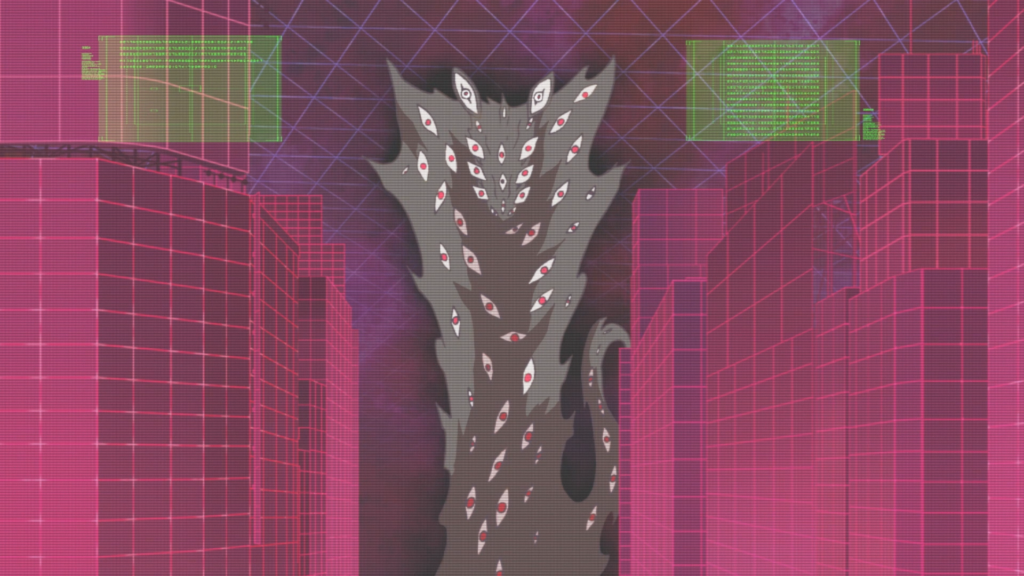 You can watch Digimon Adventure Episode 16 on Crunchyroll now.