Digimon Adventure Episode 3 Review: Point A to Point B 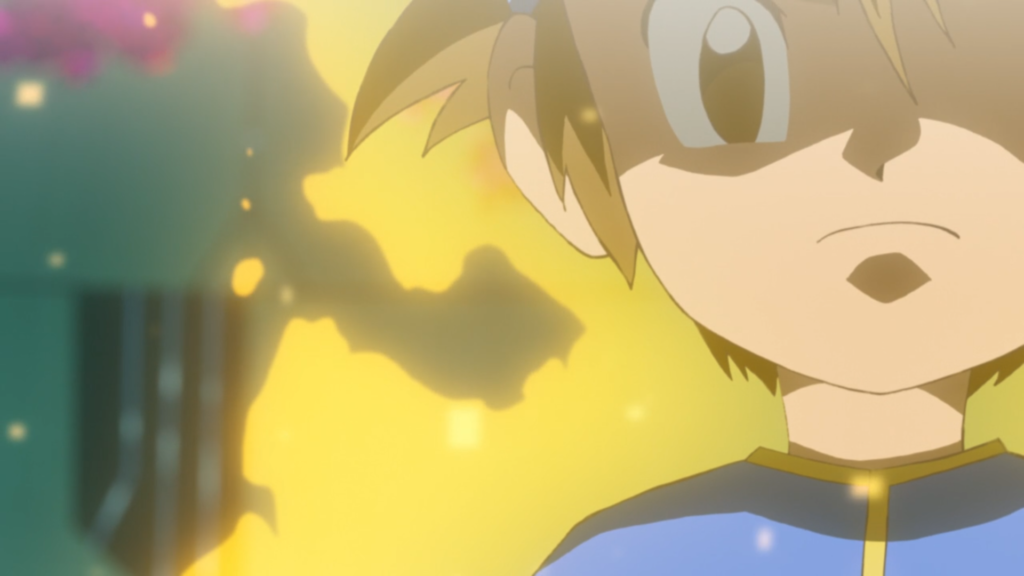 As the resident Digimon fanboy around these parts, I was really impressed with the first two episodes of the unlikely reboot to anime’s greatest kid’s show. They isolated what fans loved about the original series so much, specifically the friendships between the Digi-destined and their digital monsters friends, and put even a closer magnifying glass to them. The fresh coat of paint didn’t hurt either and I didn’t mind that they shoe-horned a homage to mostly Mamoru Hosoda directed Digimon: The Movie.  That homage continued into this third episode where we see the tail end of a huge bout between the series’ iconic Omegamon and one genuinely creepy crawler. Taking my rose-tinted shades off though, one might say that it wrapped up a little too quickly with Digimon Adventure Episode 3 meandering from there till its last minutes. 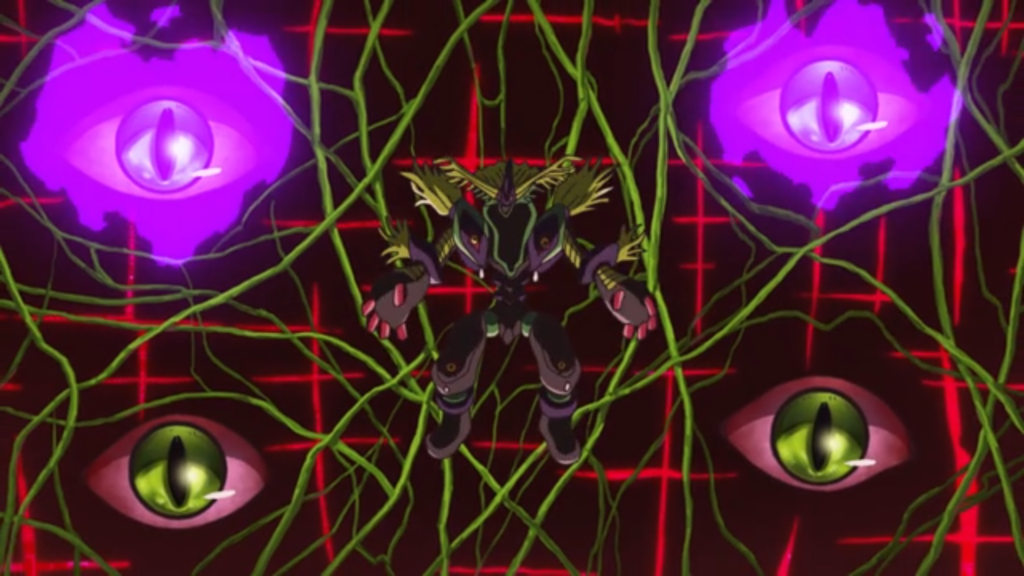 That bit off fighting we do see in the first few minutes of Digimon Adventure Episode 3 looks great and isn’t holding back with some intensely creeped out imagery for a kid’s show. If we’re getting the above in episode 3, and the scene itself goes further than this screenshot, who knows how much they’ll get away with over the show’s run. Both Digimon Adventure and Digimon Adventure 02 got darker as they went along, and while you wouldn’t see overt gore the franchise never held back in its themes. Unfortunately, the Our War Game inspired plot that started in episode 2 did finish up within the first five minutes of episode 3, with the show only going through the motions of setting up what’s coming for the next 15 or so minutes. 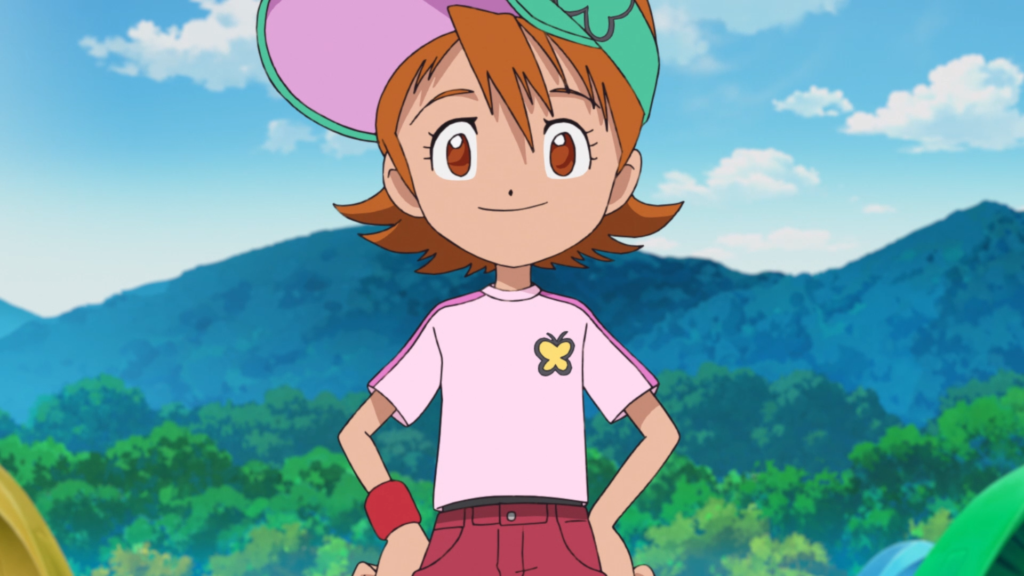 The best part about Digimon Adventure Episode 3’s necessary but mundane story progression is that we get glimpses at some of the other characters. Joe makes a brief cameo and the fan-favorite Sora Takeuchi, who was particularly nowhere to be seen in the most recent Digimon movie, got a whole 40 seconds on screen this episode! It’s good to see familiar faces, but the show’s taking its sweet time and while the benefits of giving Taichi (Tai), Yamato (Matt), and Koichi (Izzy) some depth are there, we need to get the show on the road. We do see the beginnings of the next ‘problem’ in that there are suddenly mass power-outages all over Japan, and of course you just know it’s going to be Digimon related. Thankfully, we do get to preview something cool in the last minute of the episode. 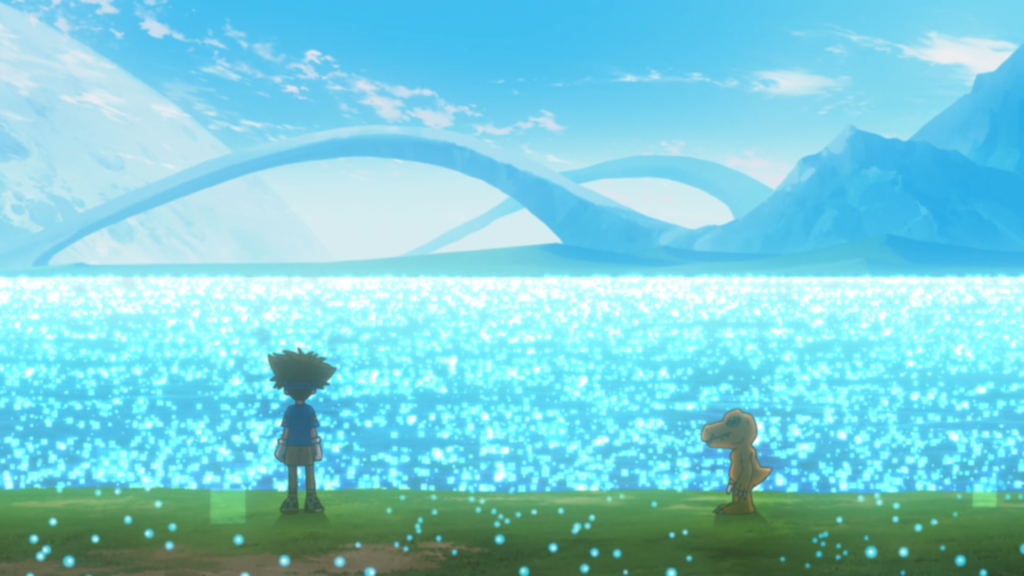 Returning Digimon fans will be happy to see we finally get a glimpse at the Digital World this time around, and not just some internet-based cyber-space. It looks gorgeous too, and in the actual scene a few big monster boys are running around; it’s a very charming minute. So far it’s only Tai who goes to the digital world, unlike the original when all the kids fall in at the same time. We do see Sora and Joe at the fateful summer-camp where the first time around they get transported to the Digital World for their Digital Adventure.  Even if this episode was mostly transitionary, and doing some necessary rout set up, we’ll probably get to where we need to be going pretty soon.