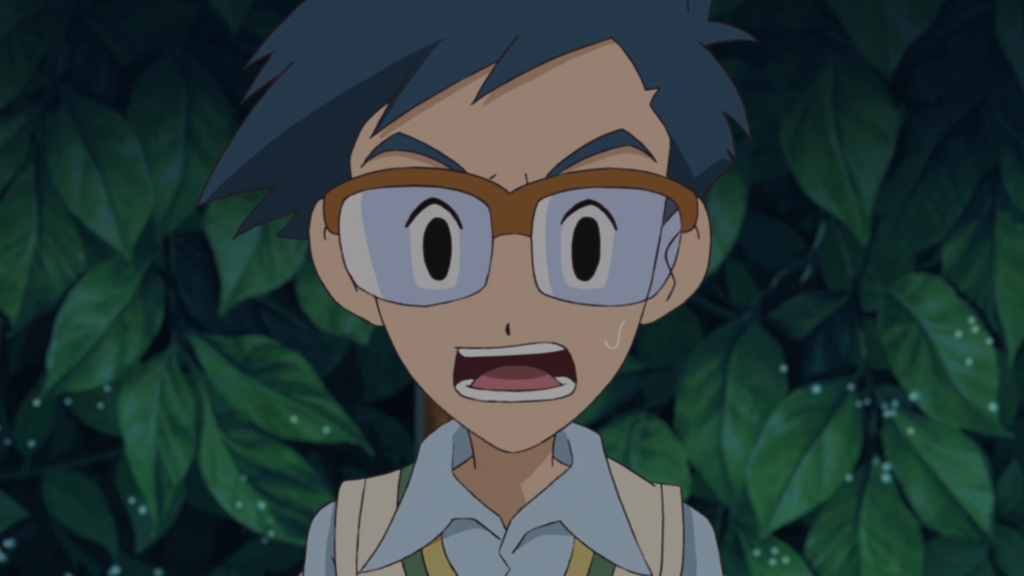 ‘That Boy Is Joe Kido’, truthfully the title of Digimon Adventure Episode 7 was my probably favorite part about it. Bold and declarative, when you see it pop up before the episode starts you think ‘Alright! I’m pumped for a Digimon Adventure’ before repeating ‘no pun intended’ inside your head. Contrary to the shonen like charge of the episode title, Joe was always the most anxious and indecisive of the group; Not someone with ‘geeky’ interests, but the stereotypical bookworm nerd archetype without the brains to match.  Of course, this type of character can be captivating and in the original show, Joe indeed got some good character development along the way.  However being the least popular, and admittedly interesting, of the original cast his role in Adventure 02, Tri, and Last Evolution Kizuna was lessened. Sad as we are to say it, he flubs his first impression this time around too. 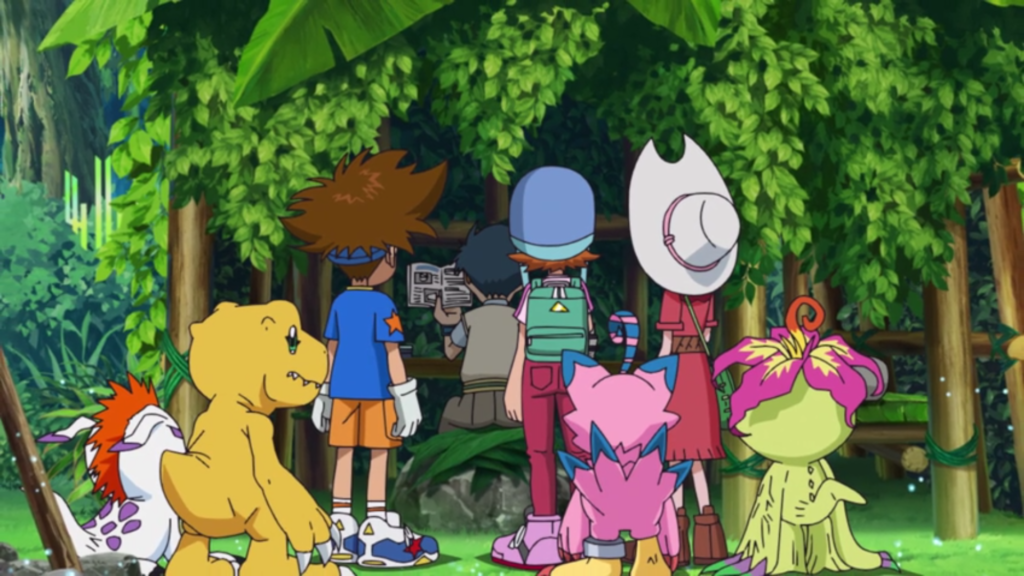 Joe Kido’s big entrance has unfortunately been the most ‘eh’ the Digimon Adventure reboot has been thus far. It wouldn’t be accurate to entirely attribute that to our young studious boy as Digimon Adventure Episode 7 hardly gives him anything to work with. His actual introduction scene is probably one in the episode, as the concept of Joe just laboring away at his textbooks crammed up behind some bushes is admittedly funny. What becomes quickly irritating is his lack of any excitement or interest in this mysterious world full of friendly talking creatures; A truly magical experience he’s writing off to instead catch up on his algebra. Now it’s entirely possible in the grand scheme of things Joe’s constant internal pressure to study study study could turn into an interesting facet of his character and backstory, as Digimon has a history of getting real when it needs to. However, in the vacuum of this solitary episode, it fails to captivate. 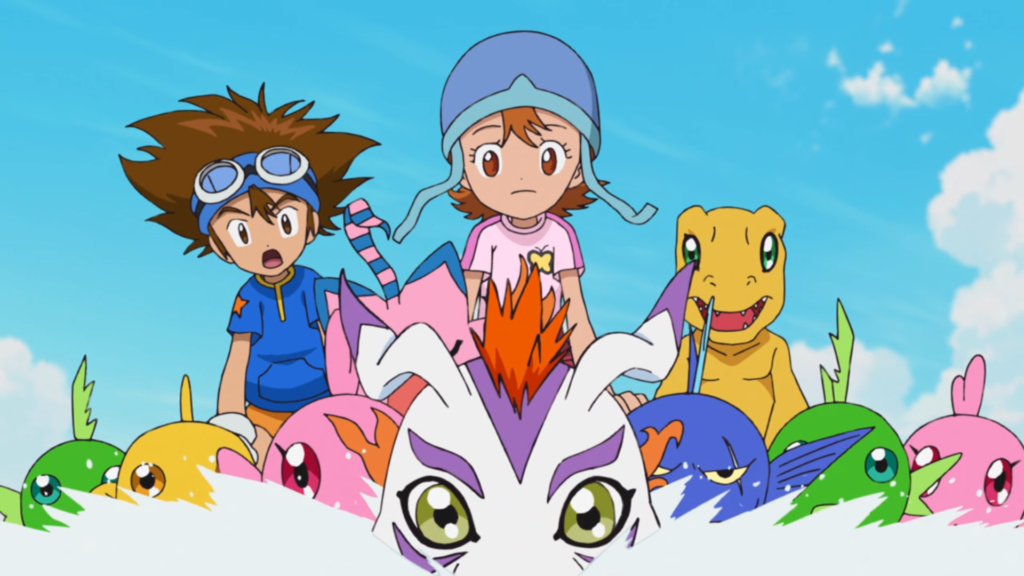 One of the reasons I’m being particularly hard on Digimon Adventure Episode 7 is because the last couple episodes have really knocked it out of the part. Great digital monster mayhem, surprisingly inspired visual design, and new story elements that would keep long time fans and franchise newcomers alike interested. That’s all largely absent here. We start with Gomamon rescuing Tai, Sora, and Mimi with his fish attack, meet Joe and the forest, and of course, the episode does wrap up with a big Digimon battle where we get the predictable Gomamon digivulotion into Ikkakumon. All that fight budget seemed to go to the last episode because it was all very flat and routine here. Part of the problem comes from opting to go for individual character introduction episodes as opposed to throwing everyone in together like the original. You get a more in-depth look at each of the digi-destined, but the formula’s getting stale; Gang meets new character and their Digimon, new character is reluctant, big Digimon battle at the end where the new Digimon digivolves. Being a kids anime, a monster of the week scenario is expected but we’re going to need more story than we had this week to make it work. 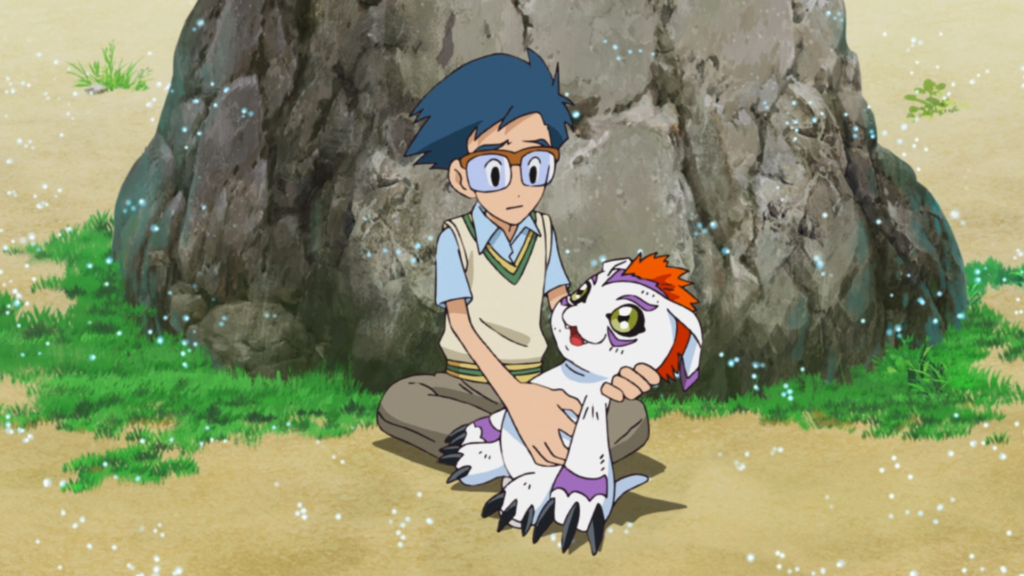 You can watch Digimon Adventure Episode 7 on Crunchyroll.