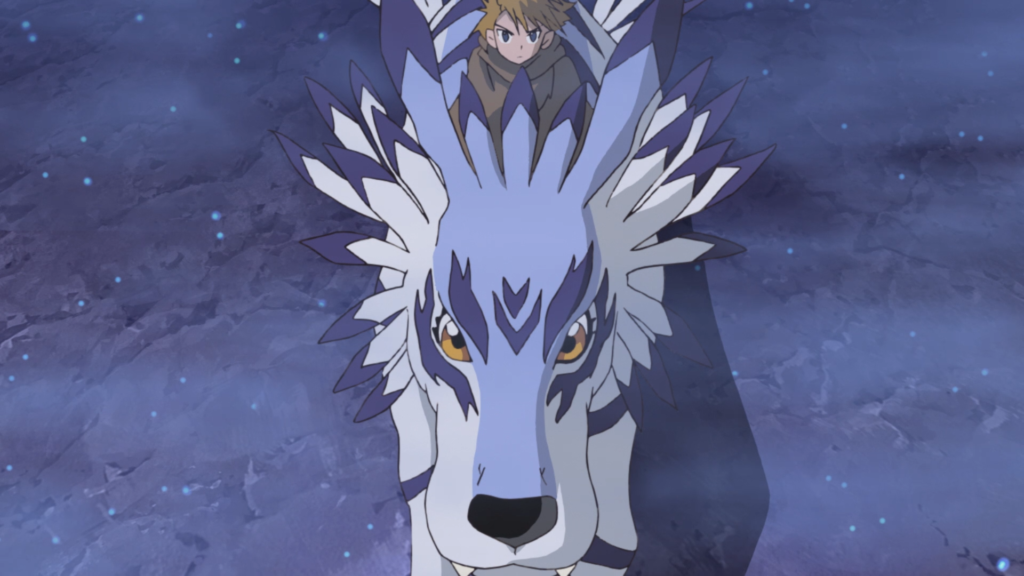 After last week’s stinker of an episode, I was a little worried that the Digimon Adventure reboot was already beginning to lose steam. Centered around the often half-hearted Joe, he did a bit too much complaining last week amidst an already uninspired episode. In Digimon Adventure episode 8 too, he actually tries to surrender against the enemy but at least he does so in a spirited fashioned with a nice visual gag. Better to have Joe used for comic relief than unempathetic mewling. Then again in this episode, you could hardly blame Joe for being a little scared; After all, the digi-destined are leading a solo charge into an enemy base. 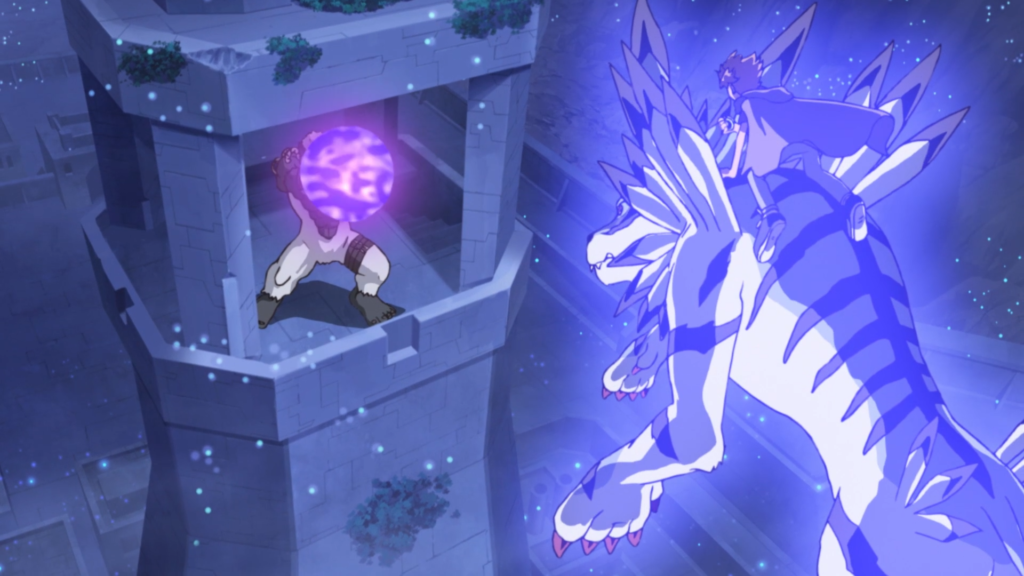 Before the gang decided to go for an all-out attack, Matt decides to undertake a solo infiltration mission to take out the base and eliminate a big monkey with a cannon arm. Digimon, folks. We haven’t seen the Vegeta of Digimon since the third episode and, essentially being tied for the most popular character position, his grand reentrance had to be spectacular! The showrunners are definitely playing up his ‘tsundere’ element this time around, as he softly alludes to Gabumon that the only reason he decided to go Solid Snake against the enemies was so the rest of the kids wouldn’t get hurt. Of course with Taichi as their leader, there was no way the rest of the gang was just going to sit back idly. Well, maybe they would have if Joe got his way. 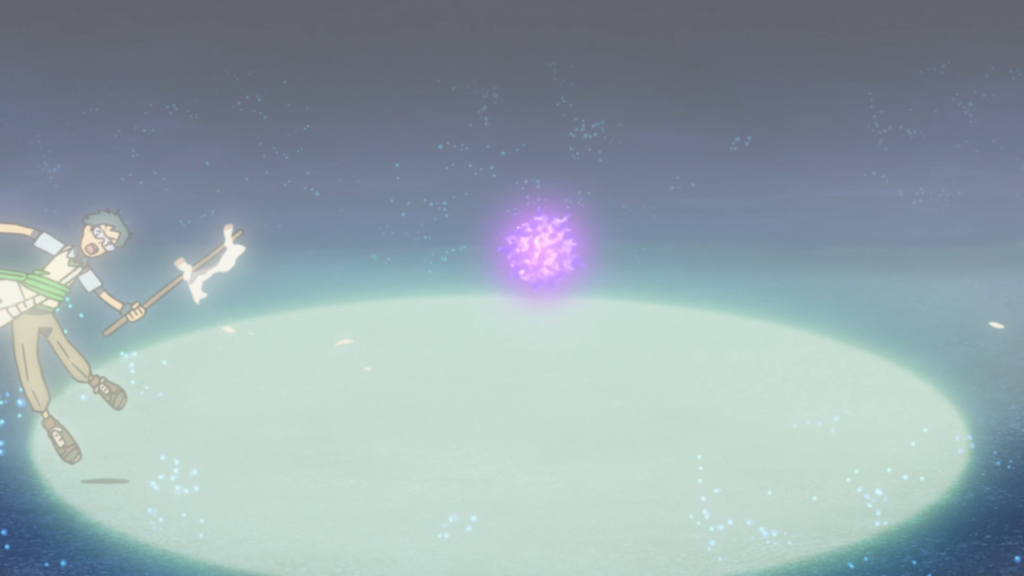 Poor guy, but again even with the complaining his character’s coming across with charm in Digimon Adventure episode 8 and he’s not the only one. Not that the group is largely collected, we begin to see their dynamic as collected. Taichi the hot-headed leader leading everyone into trouble, Sora the confident go-getter, Joe being… Joe and Matt putting on a mopey act for the greater good. While he’s the deservedly the star of this episode, I want to note the fact that Mimi really comes through in a more limited way. Saying what’s on her mind and with her love of flashiness you wouldn’t call her subtle, but playing only a side character this time around Mimi’s personality still shines through. Her energy and banter really kick the endearability up a notch. Truly needed after last week. 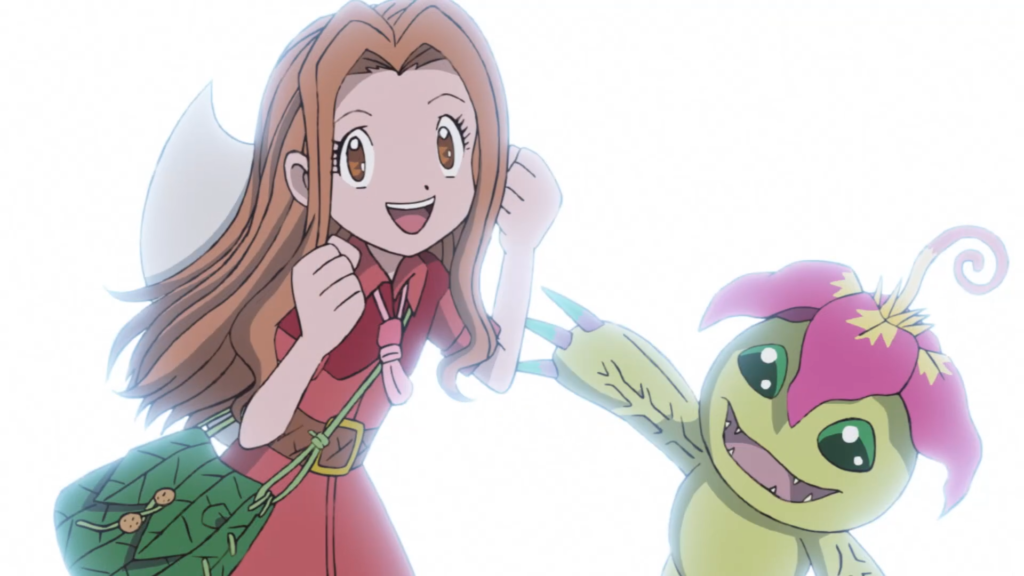 With Koichi floating around in the cyberspace zone still and Takeru (TK) having only made preview appearances thus far, the entire gang has yet to completely form. However, Digimon Adventure Episode 8 moved away from yet another introductory episode and instead offered a really nice one and done tale that let Matt show off. It’s definitely early to say if the reboot will be quite as good as the original but with an increased focus on character, it’s clear this show isn’t just a nostalgia cash-in. The largely episodic format really works too as every episode feels like a complete watch. With the bigger picture still only being hinted at, I think we’ll have plenty of time for the show to flesh out nicely.

You can watch Digimon Adventure episode 8 on Crunchyroll.