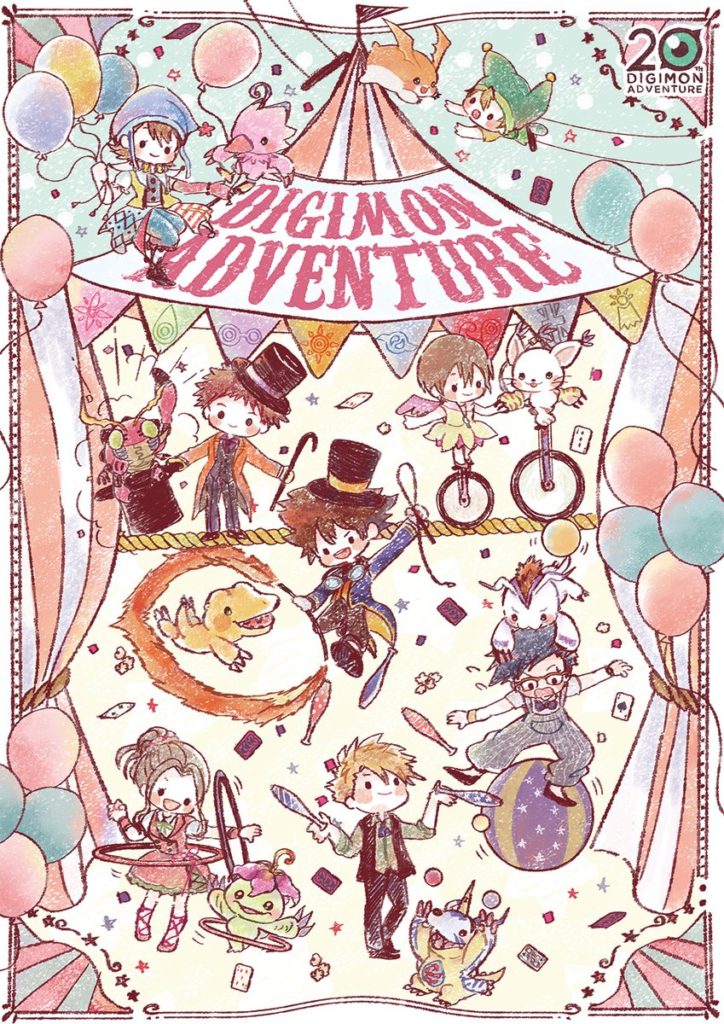 There’s been a lot of 20th anniversaries recently and it looks like it’s Digimon Adventure‘s time to shine. In 2014, the film series Digimon Adventure Tri was announced as a part of the series’ 15th anniversary, following the cast of the original 1999 series in their high school years, three years after the events of Digimon Adventure 02. There were six films released over the course of the next few years, eventually ending in 2018.

However, fans didn’t have long to wait for more Digimon Adventure anime, since that same year, it was announced that for the 20th Anniversary in 2019, they’d be producing another film that would skip ahead another 5 years. This means that Tai and Matt are now adults at the age of 22. Honestly, I’m not a big fan of the currently released character designs by returning artist Katsuyoshi Nakatsuru, but Digimon is working on other collaborations for the 20th anniversary that are especially appealing.

On March 6th, they will be releasing a series of pixel art products at the retail store Village Vanguard. These pixel designs cover all of the main cast of Digimon Adventure as well as their digital pals. These designs can be purchased as acrylic stands, badges or even masking tape.

The pixel art is cute, but Digimon‘s new collaboration with art design company GraffArt is way further up my street. The impressive artists at GraffArt have created a joyful illustration of all the characters as members of a circus. From this, they’ve developed several different merchandise options like badges, key rings, phone cases and bags. These designs are incredibly fun and cute and I’ve got to thank Digimon for bringing this group to my attention, as they have plenty of other collaboration designs ongoing as well. This collaboration begins on March 20th, two weeks after the Village Vanguard event. 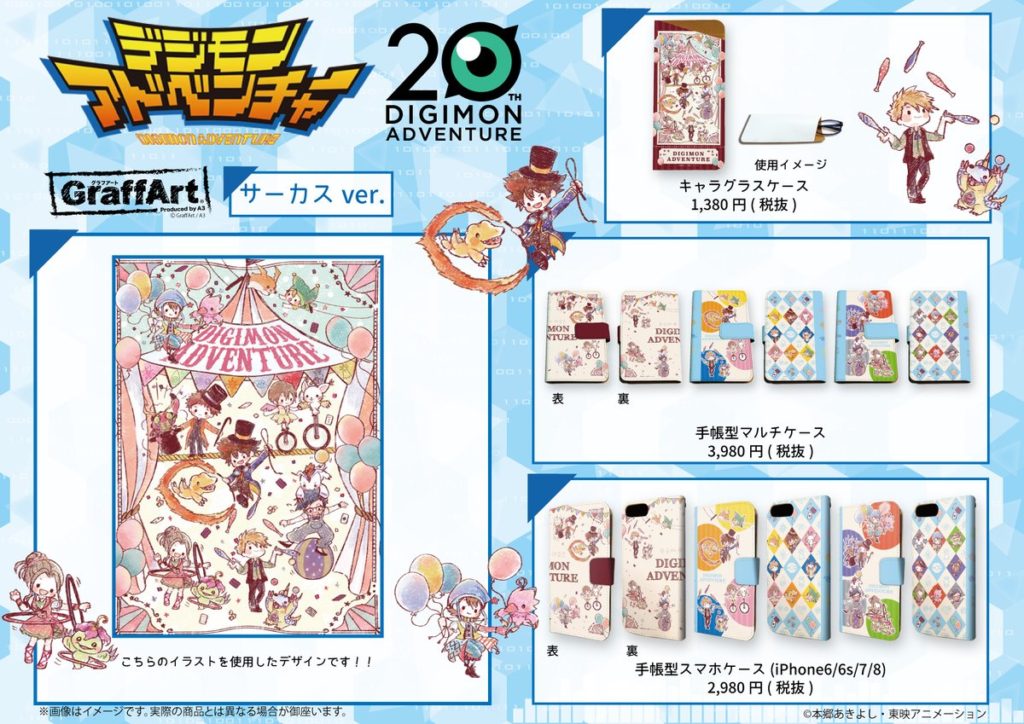 Digimon doesn’t do anniversaries quietly, so expect to see more events leading up to the release of the 20th anniversary film. Personally, I’d love to see them replace the movie character designs with the GraffArt ones, but that’s just me.