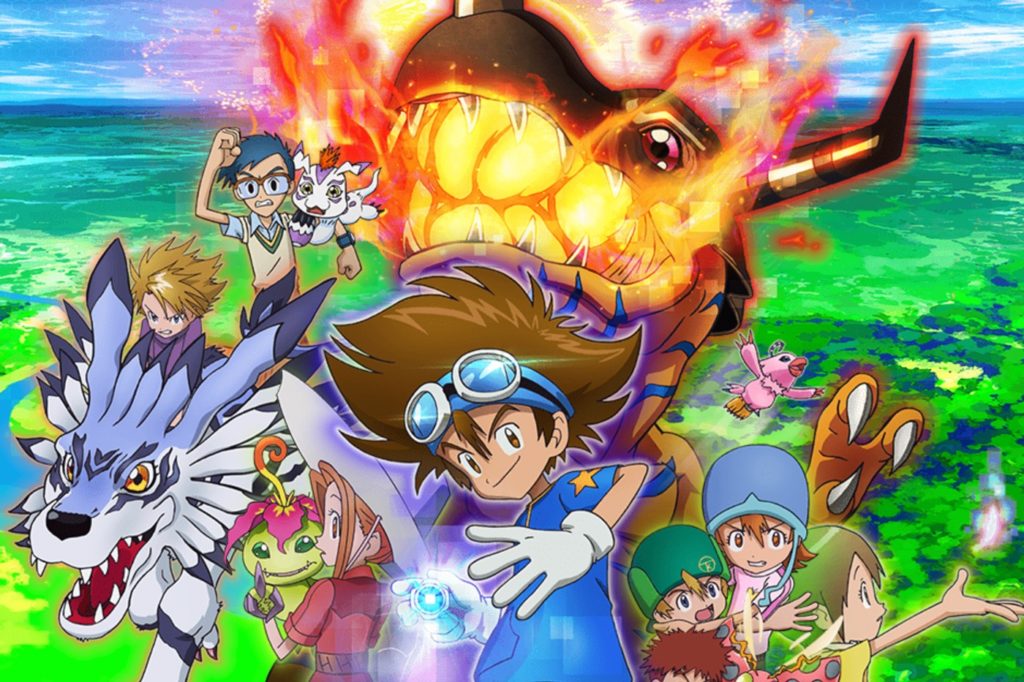 Whether you’ve made it to this page because you’re a diehard Digimon fan or you are new to the franchise and are open to exploring it, we thank you and applaud you. You’ve made the right choice by spending your time with the digital monster crew.

As a franchise the series was always a far second to Pokémon, especially now, but when at least when it comes to the various anime it has produced flat out better shows. Mature themes like life and depth, characters with emotional depth, and a few Mamoru Hosoda directed movies for good measure, Digimon has always made for a meatier watch even if the cash grab card game never caught on like its number one competitor.

An Introduction To Digimon Adventure

Digimon Adventure. These words should fill you with warm feelings in your heart. The series is a fully fleshed sub-franchise at this point and it’s certainly the series that people remember most. Tai (Taichi) and Agumon, Matt (Yamato) and Gabumon, these are the characters and Digimon audiences love the most.

Thanks to a hefty run on the now-defunct Fox Kids programming block, the show gained quite an audience in North America at the turn of the millennium. The English version of the franchise’s first television series made some minor edits but its soul was left intact.

With now three separate TV series under its belt, and more to come, it’s apparent there’s something to this day about the original Adventure that still connects with people. Let’s review the individual entries in the most recognizable Digimon.

While Digimon started off as something of a Tamagotchi rip off before it was ever an anime, most fans’ first point of connection to the Digital World was the classic Digimon Adventure. 7 kids (comically titled the ‘digi destined’) gets spirited away from summer camp to a digital dimension where they each befriend a monster pal who can temporarily evolve into bigger and more powerful forms to do battle.

The show offered a more concrete story than the Pokémon anime ever did with genuine character development, heart, and even life or death circumstances. While early episodes still featured a monster of the week kind of a format, the concurrent plot and high stakes made its viewers really care about the digi destined and their monster friends.

A lot of fans clown on Digimon Adventure 02 for, well, not being Digimon Adventure 01. The show was a sequel to the original, taking place a couple of years after and starring a mix of new and old characters. Maybe some viewers just wanted their favorites back and maybe others thought the second time around the magic was lost.

However! The series gets surprisingly dark and genuinely weird by the end, and we commend it for going as hard as it did. It treads territory Pikachu and co would avoid at all costs.

Digimon Adventure Tri came out a solid 14 years after Digimon Adventure 02 ended. With more recent franchise entries not being huge hits, Toei Animation opted to try to bank on nostalgia instead of tricking kids into trying to buy more toys and games.

The results are actually fascinating; Instead of just making a season 3, Tri brings back the original cast and ages them up quite a bit and they don’t shy away from any of the romance and melodrama that comes with High School and Hormones.

Almost Digimon fan-fiction turned into a real show, in a good way. While still ultimately kid-friendly, it’s clear this project was made for people that watched Digimon Adventure when they were kids.

After Tri, The Adventure Continues

When Tri ended, fans assumed that would be the last hurrah. It took three years for all the episodes to come out but it turns out they were successful enough to justify more. In 2020 a new Adventure movie called Digimon Adventure: Last Evolution Kizuna which features the cast in their early 20s. It’s said this one will actually be it but in today’s remake and sequel landscape, never say never.

More recently, a straight-up remake of the original series has been announced and will start airing in Japan in April 2020. Once again audiences old and new will get to relive the magic with the original chosen children and their not so virtual pets. Yes, Tai, Agumon and everyone else is returning to their roots in this surprising new show. 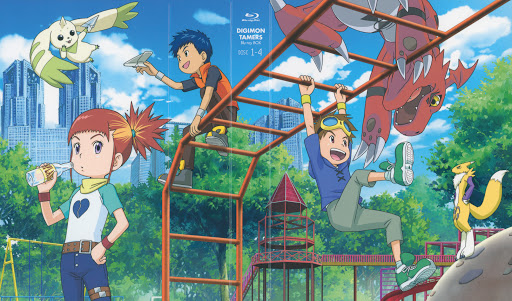 Digimon Tamers, The Series At Is Darkest

Turning back the clock, Digimon Tamers aired in 2001 right after Adventure 02 ended. The show is the third TV series but the first to not bear the Adventure subtitle. The show featured a totally original story in a separate canon with new characters.

While that jarring at first, fans warmed up to Tamers when they realized it was really good. Written by Chiaki J. Konaka who penned the likes of Serial Experiments Lain and The Big O, as dark as Adventure 02 got Tamers pushed right past it.

The show was atmospheric and high stakes from the get-go, truly a unique entry in an already unique franchise. Its grown a cult fan base within a cult fan base over the years, who every time a new bit of Adventure gets announced clamor for more Tamers.

Digimon Frontier was the last classic era Digimon show, following shortly after Tamers ending. It too takes place in its own universe with its own characters.

Toei decided to scale things down after Tamers, returning to a formula similar to the original; A bunch of kids end up in the Digital World and have to go on a journey to save it. The twist? The humans digivolve this time, which was as weird as it sounds.

While Frontier has its fans, it didn’t win nearly as many people over as the first few seasons.

The Other Digimon Cartoons You Might Not Know Exist

Toei stopped making Digimon cartoons yearly after Frontier ended but there have been a few new entries over the years. Digimon Savers was the first show after Frontier. Its big selling point was bringing back Agumon, although they gave the little orange guy a few cool new digivolutions.

A few years after that, we got the Digimon Fusion series which actually wasn’t too bad, catching on enough in Japan to get multiple seasons. The most recent original entry is Digimon Universe: App Monsters which, basically, is digital monsters with smartphones.

There are a couple of other odds and ends, like the one-off movie Digimon Xros Wars but these are the main entries that have come out since the classic era. We’re not presenting a complete list of Digimon series because we don’t feel like all of the more modern entries really captured the magic.

Digimon Games Have Been Making A Comeback

The Digimon World Series Of Yesteryear

Back when the first few Digimon anime were coming out, Toei, Bandai, and other partners were hoping for the franchise to rival Pokémon. The Digimon World series was a cross between RPG style gameplay and a Digimon raising simulator. While there were some cool ideas and aesthetics in these old PS1 and PS2 era games, they lacked the core charm and appeal of mainline Pokémon games and never really caught on. We could only recommend them to the most serious of fans.

Digimon Story: Cyber Sleuth and The Return of Digimon Games In English

Digimon Story: Cyber Sleuth is a straight-up 50 hour Digimon JRPG and honestly it’s pretty good! Your home base is the legendary otaku hang out Nakano Broadway and you go to and from the real world and the internet to collect and fight other digimon. With sleek character and world design, a plethora of fan-favorite Digimon, and a story that took some effort to put together, it was a smart move for Bandai Namco to bring Digimon games back to the states with this 2015 entry.

Digimon World: Next Order, A Return To World Style Games

After the relative success of Digimon Story: Cyber Sleuth, it was quickly followed up with Digimon World: Next Order. The first proper World entry in years, the game featured a combination of Digimon raising and MMO style combat in a huge open world. Ultimately, it’s another game that we’d only recommend to established Digimon heads but if you’re trying to get your digital monster fix, you’ll be satisfied.

Next year’s Digimon Survive looks like an ambitious project. The game is being marketed as a ‘Survival Strategy RPG’ and that if you make the wrong choices, characters will straight up die. Multiple endings, different routes, and digivolutions, Survive seems like it’ll be a fully-fledged game with a story crafted for older audiences.

We’re cautiously optimistic about this one. No gameplay footage has been released yet though, so until it does we’re trying not to go full hype. Again though, it’s a promising premise and we’re excited to see the Digimon digital monsters franchise continue to take risks whether it’s with new anime series or with unique video game entries. That’s what’s always set it apart from its more financially successful alternative.