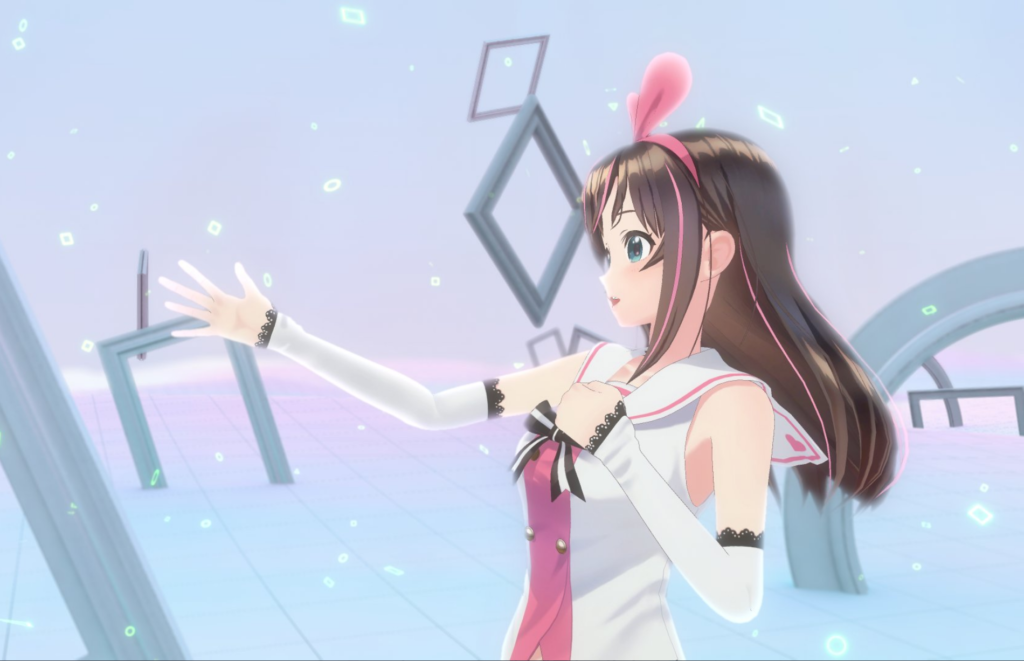 In this new feature, Otaquest aims to help introduce some of Japan’s best musicians to the world. Today, the virtual YouTuber that pioneered a whole new type of online entertainment…who then pivoted towards J-pop stardom, including collaborations with some of the country’s biggest producers.

Take a second and think back where you were at in 2017. Feels like another lifetime ago, yeah? It’s probably far down the list of memories you might immediately gravitate to, but this was the time when Kizuna AI was new, and presenting a very different idea of what online entertainment could be. As the virtual YouTuber — she was the first to popularize that term — attracted adoration from fans and gawking from media always seeking out “weird Japan” content. The digi influencer seemed to fit the bill perfectly.

Jump to now, and Kizuna AI’s existence is way different than you would have predicted back when she crashed the world’s biggest video sharing site. Hundreds of videos and lets-play-video-games clips later, she isn’t at the vanguard of virtual YouTubing anymore. Like any pioneer, she has left her mark and a new generation of creators have arrived to keep pushing the concept further. Instead, AI has embraced new corners of the entertainment industry.

The biggest of these has been music. Since 2018, Kizuna AI has been working with a mix of up-and-coming and established electronic producers to create catchy electro-pop somewhere between Perfume and Ami Suzuki. This isn’t some Alvin and The Chipmunks novelty deal either — she has been consistent in the past two years, performing live shows and even popping up at summer festivals in Japan. She recently put out an EP titled Replies and will perform as part of Porter Robinson’s online Secret Sky Festival this weekend. She remains busy, despite being digital.

Kizuna AI emerged in late 2016, anchored by her YouTube channel. For those new to her, here is a crash course in Kizuna AI. She’s a digital character created by a mysterious team of people, AI generated by software and motion-capture. She’s similar to Hatsune Miku, but whereas that Vocaloid avatar is open to anyone to play around with, AI is actually closer to a traditional pop star or celebrity — she (or her team) controls her image, leaving fans to only be fans, not active players in her creative process.

AI’s YouTube channel finds her — doing everything you’d expect a YouTuber to do. She plays video games, takes up various buzzed-about challenges and generally shoots the breeze. The twist, of course, is that she wasn’t a physical entity. AI inspired dozens upon dozens of new virtual YouTubers to emerge in Japan (and abroad), turning it into a trend media across the globe covered (there’s also all kind of controversies surrounding her, ranging from what she represents to what goes on within the inner workings of her world…but that’s enough for a whole other article). Eventually, the confines of the small screen weren’t enough for her.

Kizuna AI ventured into advertising and TV hosting, with a detour into interviewing the cast of Alita: Battle Angel in one of the more surreal clips she has ever shared. Yet she has put the most focus into music. This shift started in late 2018 when AI released a steady trickle of songs featuring production work from electronic artists from across Japan’s musical landscape. They include Yunomi (see “new world” above), Avec Avec, De De Mouse and many more. Every creator brought their own style to the tracks, but AI glided over every style, showing how she could fit into every corner of dance-pop.

Her collabs increasingly became more prominent — TeddyLoid and Taku Takahashi being good examples — but her biggest was just on the horizon.

You And AI, Everyday

Working with Yasutaka Nakata usually results in an aspiring pop star shooting up to the stratosphere. Turns out that applies for virtual ones too. Kizuna AI’s “AIAIAI” found her teaming up with the 21st century’s most celebrated J-pop producer, resulting in a jaunty electropop number featuring a hook riffing on her name (and a nice bass-heavy segment showing how she can work over more pounding sounds). “AIAIAI” has racked up millions of views since arriving in the spring of 2019 with a vibrant music video (above). It established AI’s music career as something truly serious.

In the months after, AI also dabbled in covers of other songs on her YouTube channel, ranging from numbers by Aimyon to RADWIMPS to…Disney numbers. None of these are all that essential — these are closer to YouTuber material — but nevertheless kept her music career going while she was working on new material.

Also of note…she collaborated with EDM power players W&W on a song called “The Light.” Listen to that one below.

AI shared a new song in late 2019 called “Fireburst,” a surging number produced by TeddyLoid, and a few months later dropped a new EP called Replies, which you can listen to above. That one saw AI working with a new set of producers, expanding her sonic vocabulary even further to include soaring near-ballads such as “The Miracle” and bubbly digi-age funk on “Again.” It features some of her best material to date, and hints at all kinds of directions she can go moving forward.

Kizuna AI’s first song — done with Yunomi — stands as one of her most joyful, with big confetti-cannons of drops boosting the energy up.

A lot of electronic artists have teamed up with AI, but De De Mouse’s springy sound works especially well with her, as demonstrated on this strutting cut.

This high-profile meeting resulted in AI’s biggest pop stab yet.

“The Miracle” creeps close to being a ballad, but the song always has enough kick to make sure the energy never dips too low.

The last song on her Replies release is also a career highlight, a funk-tinged electropop number featuring a lot of joy flowing throughout.