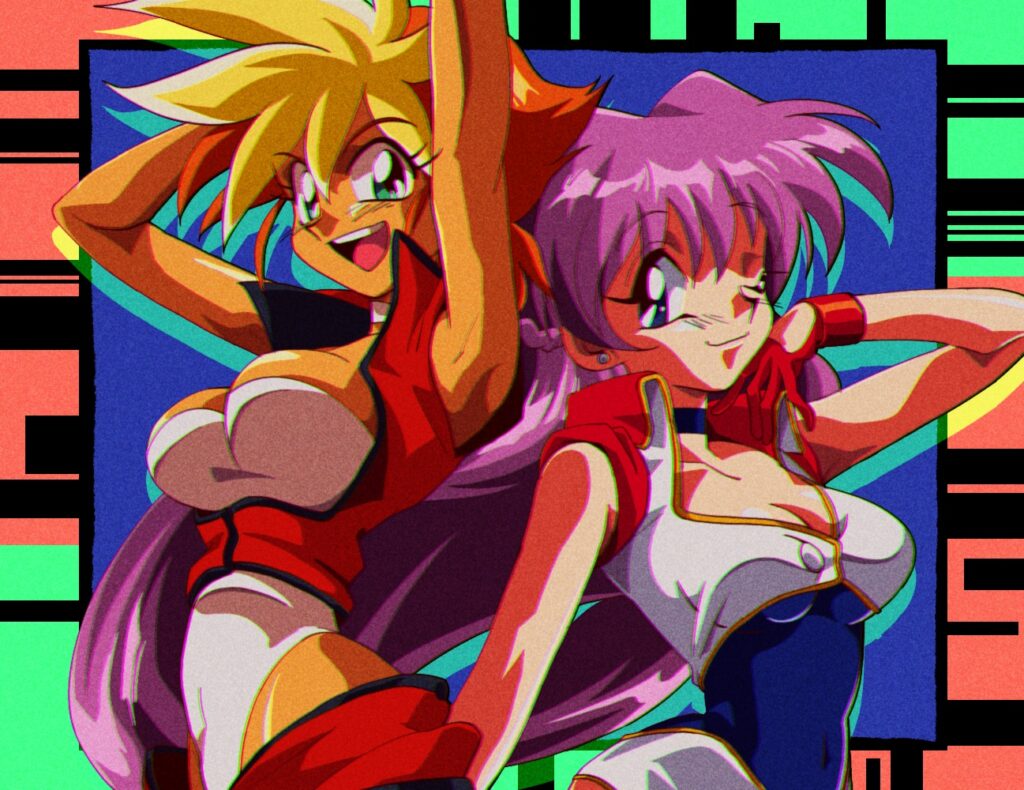 One of the most endearing qualities about the Dirty Pair series is that it rarely tries to be anything that it is not. Kei and Yuri are two scantily-clad lady cops that fly through space and kick butt.

They’re tough and feminine, full of a distinct sense of goofiness that can only be communicated through the medium of animation, and especially the medium of anime. While there is often mayhem and explosions and casualties it’s never played for anything other than the latest wacky escapade.

The prequel series, Dirty Pair Flash, continues that sense of action for ecchi’s sake. It follows the two leads from Dirty Pair as they initially are sent down the path that leads them to become The Lovely Angels. In the initial Dirty Pair anime, Kei is the short-haired tomboyish character with a hot head and an often hotter laser bazooka.

She’s more prone to diving into issues head-first and makes a show of her bravado when she does so. Yuri has longer hair and is thus coded as the more feminine of the two. She’s more interested in picking up dates and enjoying herself than Kei is, and is much more of a romantic. While she’s often seen using a laser pistol she prefers melee and unconventional weapons like plasma swords and devices created by the 3WA’s R&D Divison.

The general Dirty Pair universe takes place in a far future of space travel and laser-based weapons. Humanity has spread to other worlds and formed the United Galactica Federation. In order to maintain order the World Welfare Works Association, otherwise known as 3WA, employs several different Trouble Consultants to assist with various problems.

Kei and Yuri are a part of the Criminal Investigation division, which deals specifically with criminal activities in other worlds. If you’re interested in the original anime, a remastered Blu-Ray edition has been released in Japan, but unfortunately there’s no word on whether it’ll be released internationally. 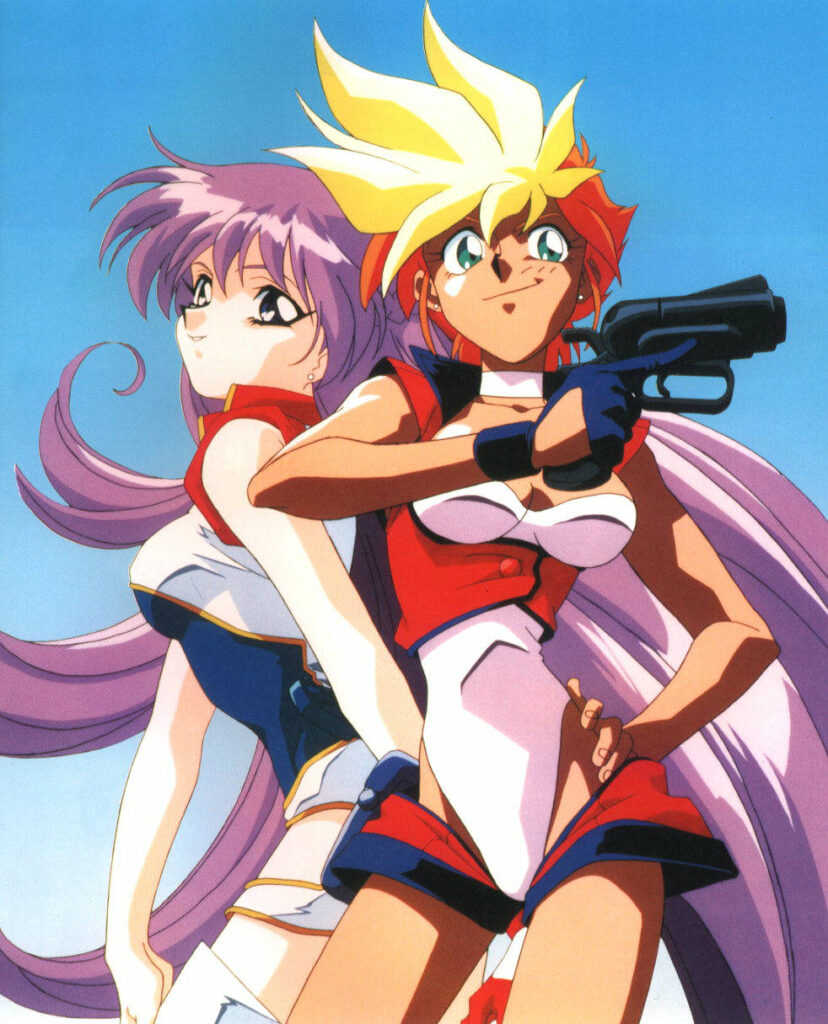 The Differences between Dirty Pair and Flash

In this iteration, Yuri has been recently suspended and is known for dating around. Kei, on the other hand, was in the midst of her fourth suspension from the 3WA. They’re known around the force as a couple of down-and-out underdogs, but were paired together by the 3WA’s central computer, and assigned the codename Lovely Angels to replace the two agents that previously held the position.

Over the course of the series, the stories of those agents are elaborated on; Iris and Molly were the original Lovely Angels until Molly was killed in action during a series of riots. Iris was so distraught that she left the 3WA, and the Lovely Angels codename fell to Kei and Yuri.

The first episode of Dirty Pair Flash formally introduces the titular Pair as they’re first assigned to work together, though their first adventure as a duo isn’t an official assignment. Yuri is approached by a dying 3WA agent and urged to get a data card to 3WA headquarters.

Kei happens to run into her as she’s pursued by corporate enforcers and the two engage in a madcap dash back to headquarters. 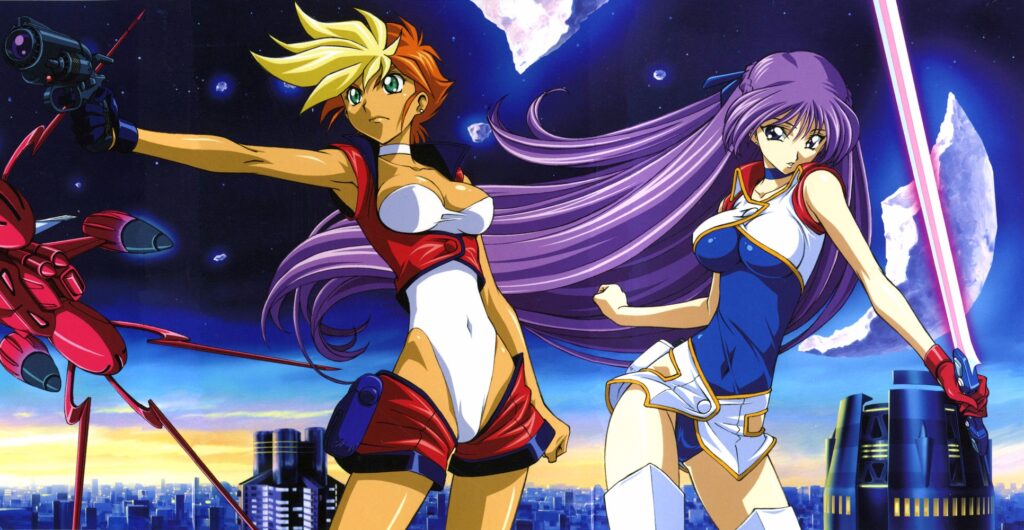 The Mughi Issue Illustrates the Point of Dirty Pair Flash

Dirty Pair Flash also touches on other characters that were present in the original Dirty Pair anime and manga, especially the Angels’ cat-creature Mughi. According to the anime/manga, Mughi stands for Military Unit of Genetic Higher Intelligence and was created by Dr. Q, a scientist who creates weapons and other gadgets for the Angels to use on their missions, similar to Q from the James Bond franchise.

Mughi is an interesting discrepancy throughout the Dirty Pair series; in the light novels/manga he resembles a panther-like creature, but in the anime, he’s more of a giant, fluffy house cat. This is actually referenced at one point in the anime, as there is a picture of Mughi as he’s represented in the light novel as a sort of ‘blueprint’, but right below is a picture of the fluffy version of Mughi.

In Dirty Pair Flash, however, Mughi is found in the remnants of a razed city district. Mughi seems to have been living as a stray in the suggestively-titled ‘Splattertown’, but after Kei and Yuri cut through in order to make it to 3WA HQ Yuri ends up adopting him herself.

The Mughi discrepancy is one aspect of Dirty Pair Flash that really kind of lines up with the way the rest of the series operates. Dirty Pair Flash knows what it is and what it’s doing, and doesn’t exactly care for any sort of sense-making when there’s more fun to be had blowing things up and unnecessarily ecchi camera angles.

In the second episode of Dirty Pair Flash, the Angels are in a spaceship tracking an assassin speeding away from the scene of the crime in a car. They for whatever reason can’t get the ship to fly straight and are piloting it at a nearly 70-degree angle, destroying buildings and infrastructure with the propulsion for the ship.

But it doesn’t really matter, what’s destroyed isn’t important. What’s important is that the banter is funny, the shots are ecchi, and the Pair is Dirty. 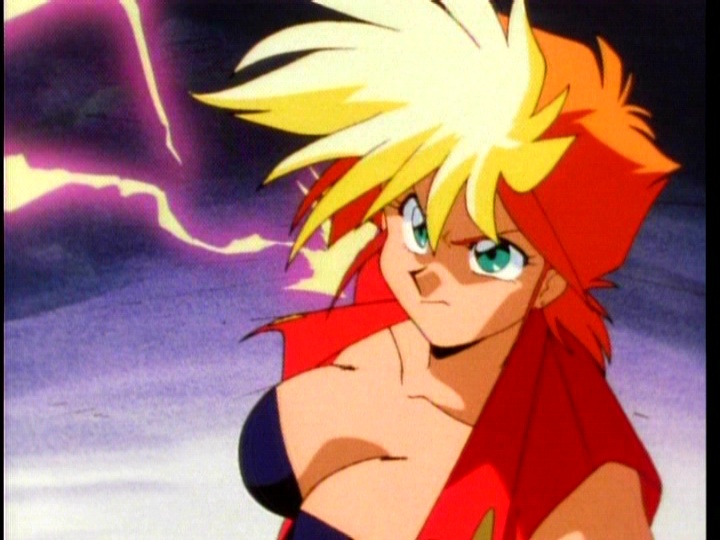 Dirty Pair Are The Definitive Duo For Old School Fans

Dirty Pair is Finally Getting a Blu-Ray Set In Japan