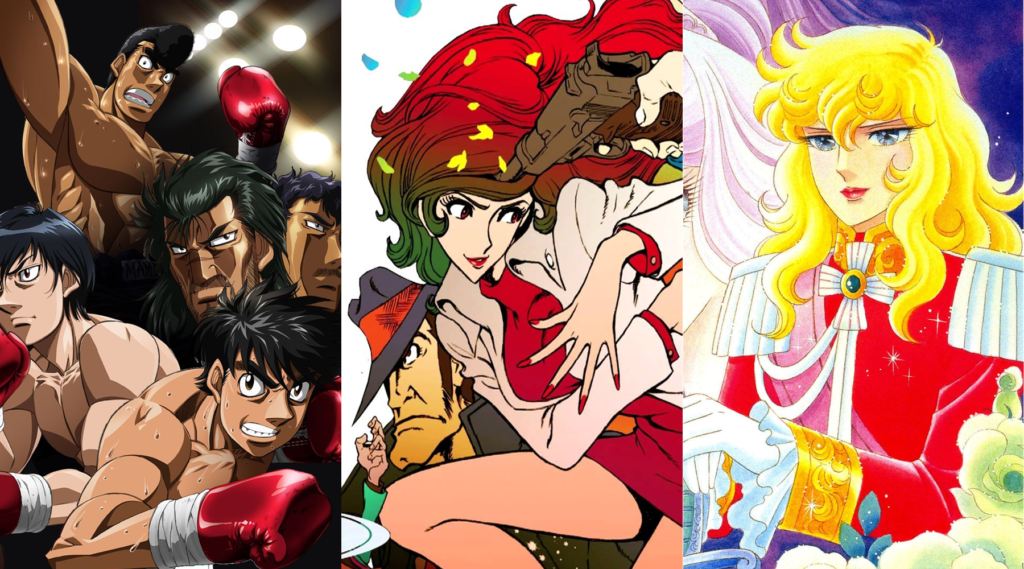 In these dark times, one can find a little peace knowing that Discotek Media still exists as a source of light in this world. Focusing on bringing back truly classic anime long gone and cult hits along the way, often doing their own in house restorations and upscaling to create the best possible version of an anime, we do often see need to talk about what they’re doing despite them being a U.S.market based company. Today on a live-stream, they announced a whopping 15 new new-and-old titles they’ll be bringing to Blu Ray for the first time. We covered Project A-Ko and its laborious restoration process here, but a few other notables including Hajime No Ippo and The Woman Named Fujiko Mine shouldn’t be ignored either. 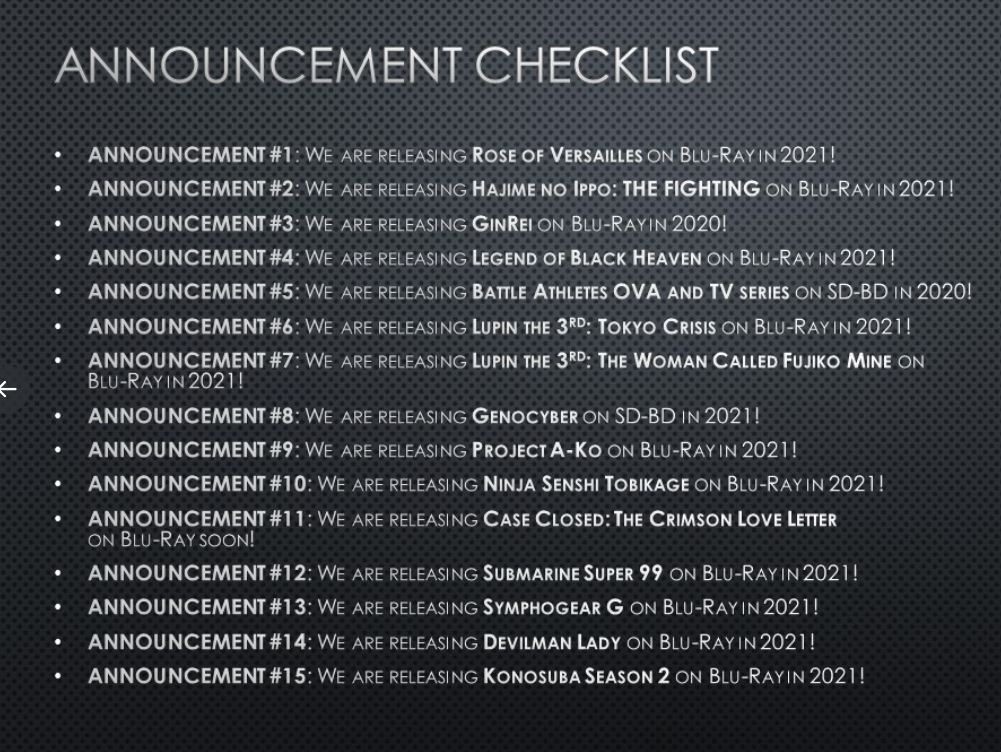 Here’s the whole slew of today’s announcements. Aside from A-Ko, there’s a few other important rescues worth detailing. If you’ve heard about The Woman Called Fujiko Mine after watching director Sayo Yamamoto’s beloved Yuri!! On Ice, you’ve probably been upset that the only way to watch this rare and incredible Lupin The 3rd show was by shelling hundreds of dollars on eBay until now! While DVDs have been available from Nozomi Entertainment relatively recently, the historic and highly influential The Rose of Versailles coming to Blu Ray shouldn’t be missed either.

Hajime No Ippo is another huge get. Even I underestimate just how much people watch this show, seeing as it makes its way onto so many Watch Mojo and Youtube lists. The boxing tale by George Morikawa has remained a fan favorite for over 20 years and with the Geneon DVDs being incomplete and out of print for so long with no streaming for most of its older seasons, we’re so relieved this show will see the light of day once again. We’d also like to shout out Devilman Lady, a late 90s sequel to Devilman written by Serial Experiments Lain’s Chiaki J. Konaka that actually can go toe to toe with its predecessor.

Hajime No Ippo, The Woman Named Fujiko Mine, and all the other shows will come out on Blu Ray in 2021.